The goal of a commercial advertising campaign is to leave a lasting impression. Impress something so profoundly the viewer can do all but forget your message when prompted by something as simple as “Cool shirt. Where’d you get it?” California Association of Realtors’ new ad campaign aims for this with its new commercials.

The goal of an ad campaign is to leave a lasting impression. Impress something so profoundly the viewer can do all but forget your message when prompted by something as simple as “Cool shirt. Where’d you get it?”

California Association of Realtors’ new ad campaign aims for this with its new commercials.

And in doing so leaves out any suggestion of a mobile phone.

“You really need a Realtor and that kind of personal relationship to help you navigate,” said Steve Red, president and chief creative officer at Red Tettemer O’Connell and Partners.

In 2015, CAR tapped Red Tettemer O’Connell and Partners (RTO+P) to develop a series of commercials and media spots. RTO+P delivered an idea revolving around the ripple effect: Fast-cut commercials explaining how a CAR real estate agent is the catalyst to the great many things we achieve in life.

The commercials are geared for first-time homebuyers and those of an older generation who are upsizing or downsizing. Each follows a simple format: A stranger engages the narrator with an inquiry (“Cool shirt. Where’d you get it?”) who launches into the story of how the shirt was acquired starting with “I met this Realtor…”

Each storyline is different but emphasizes the impact Realtors have on local businesses and the community.

Red said the commercials are about taking all of those positive impacts Realtors have on people and turning them into short long-story commercials. The idea to not include phones as emphasis on human interaction was just happy surprise.

C.A.R. will be advertising the campaign across multiple platforms. It has purchased 1,200 TV spots on NBC, HGTV and Bravo during the industry’s peak season; More than 1,600 radio spots and 26,000,000 online impressions over 14 weeks; expert Realtor and HGTV star Egypt Sherrod will be featured in at least 310 spots through seven weeks.

There is also a new CARmoji app being released at the end of April with industry-specific emojis. We’ll share more on that as it nears the release date. 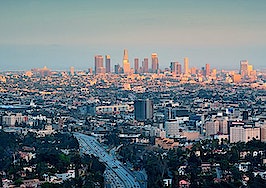 10 of the most expensive homes in L.A. 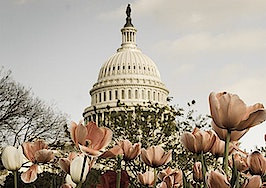 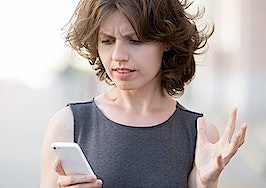 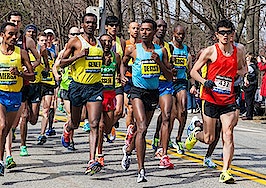 PLG Estates: How to beat out other buyers in today's LA market
Back to top
Only 3 days left to register for Inman Connect Las Vegas before prices go up! Don't miss the premier event for real estate pros.Register Now ×
Limited Time Offer: Get 1 year of Inman Select for $199SUBSCRIBE×
Inmanpot
Log in
If you created your account with Google or Facebook
Don't have an account?
Create an Account
Forgot your password?
No Problem