By making a deal with home shopping mobile-app creator Homesnap in May, the Broker Public Portal (BPP) project opened a tech umbrella over its idea to create a new property search experience that’s free from ads and paid agent placement — in other words, an alternative to existing consumer-facing real estate portals.

MRED’s 40,000 MLS subscribers now all have access to Homesnap Pro, a mobile app only for verified MLS agents that allows them to connect with clients and colleagues, view showing instructions, create CMA reports and more.

The partnership also represents the first time brokers in Chicagoland have supported a consumer-facing MLS.

The Broker Public Portal took off as MRED launches Homesnap Pro in Chicagoland.

The cost of the service to MRED is $40,000 per month, or $1 per member user, 50 cents of which will go to operation of the Homesnap platform, while the other 50 cents goes to BPP.

During the time of the May partnership, the Broker Public Portal announced the launch under the Homesnap brand would include an iPhone app, Android app, and mobile and desktop websites.

At this time, the already-established Homesnap platforms on desktop and mobile are fulfilling the start of those plans, in the same way that MRIS (Washington, D.C.-based Metropolitan Regional Information Systems) has already provided Homesnap Pro to its members.

“One of the reasons why Homesnap made such a great partnership with Broker Public Portal — they were already providing this solution piecemeal to the MLSs. What the Broker Public Portal is doing, is they’re tying all these MLSs together,” said Victor Lund of WAV Group Consulting, of which BPP is a client.

In essence, the plan is still to create a national consumer-facing portal that combines all the MLSs from across the nation into one, with Homesnap.com and the Homesnap app acting as the vessel through which people access that data. MRED is the first to officially put its hand in on the tech front.

What does the app do?

“One component is a mobile app for real estate agents that has all of the data that’s in the MLS in the palm of your hand. It’s not just a public-facing data that you see on an IDX or broker website; it’s the full data.

“The buyer’s agent can take their Homesnap Pro account, and they can send the app to their client and open up the entire MLS to their client. Whenever their client has a question or wants to see a property, or whatever, they’re constantly connected to their real estate agent.”

By giving consumers access to more data than they might see on other sites — and offering it up on a clean user interface like they are used to seeing in other industries — the hope is that consumers will use the Homesnap search functionality over their other options.

MRED sent out an email with a link and explanation of how to download the app on their phone to its members — a setup that allowed them to bypass some of the hoops required when downloading from the App Store directly to verify an agent’s identity and location.

“In first four hours, we had over 700 people download the Homesnap app,” said Rebecca Jensen, president/CEO of MRED. There’s also a “Homesnap Pro University” that walks users through the app’s capabilities.

When agents find homes on the MLS that may be of interest to clients, they can send their clients a link to download the Homesnap app, and doing so will result in a branded experience to that agent.

Given the immediate enthusiasm from MRED members, Jensen is optimistic that the Broker Public Portal will continue gaining ground in other regions.

”MRED is thrilled to be the first to implement BPP for its customers,” she added in the press release. “It was critically important to our leadership that the Fair Display Guidelines be the guiding light of this project, and we are proud to support a grassroots effort that has backing from all corners of the real estate industry. Homesnap has a great track record in other markets and we are very excited to bring it to the Midwest as part of the suite of services we provide to our real estate professionals.”

The Fair Display Guidelines would prohibit, for example, ads for other brokerages to appear on an agent’s listing.

How will consumers get onboard?

Andrea Geller, a Realtor at HOT PROPERTY The Chaz Walters Group at Coldwell Banker Residential Brokerage in Chicago — in MRED’s market — said: “My question is will the consumer care? As a real estate professional, my concern is connecting a consumer to have me represent them in their sale and/or purchase. Not who is controlling the data. That ship sailed about a decade ago. ”

Lund says that BPP has a few ideas to attract consumers. One is to direct clients to Homesnap through automated email MLS notifications that agents set up to notify clients of a listing that matches their search criteria. This takes advantage of consumer behaviors that already exist (viewing listings on the MLS through automated emails) and directing it toward “a much prettier place,” Lund said.

Another possibility is putting an offer on the MLS listing notification email footer to “click here to download the Homesnap app from your agent.” In addition, like most apps, Homesnap has the ability to invite others to the platform. Agents, with the tap of a button, could send out an invite to their entire client list or a select group.

Where does Broker Public Portal branding come into play?

Those details have yet to be ironed out, Lund said: “Some of the nuances … that’s actually the next phase of the development of the relationship [between Homesnap and BPP]. So the first stage is do a technical analysis do a business analysis, understand if the relationship’s going to work …We’ve established that. They’ve been selected. They are our partner.

“As soon as we have an agreement, we will create a group of people that begin to explore exactly how these refinements … get accomplished. If I were to tell you what it’s going to be, it would be my opinion.

“What’s going to happen is the Homesnap people are extremely capable people, but they need to execute along the direction with input from their new business partner. So we have the luxury of some of the best and brightest minds among MLS executives, and real estate brokerages, and real estate franchises who are going to deliver that feedback. And they’re going to do it in a way that’s industry friendly.”

When the BPP-Homesnap deal was announced in May, Brad Inman speculated that the nimble app creator could fuel the pipe dream with the “technology prowess” and “realistic path to building a consumer audience” that it needs to take off.

As the BPP guinea pig MLS, MRED and its story from here on out will be telling.

As the guinea pig MLS, MRED and its story from here on out will be telling. 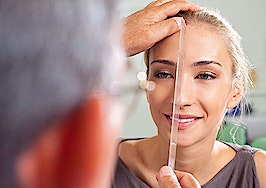 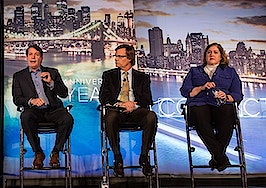 Upstream and Broker Public Portal: What you need to know 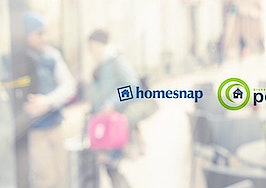 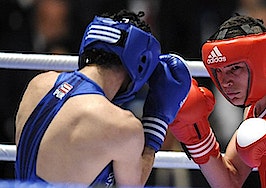 Capacity snags $38M to automate mortgage helpdesk support
Back to top
TOMORROW: Leaders from eXp, Corcoran, RE/MAX, The Agency, and more are speaking virtually at Connect Now. Listen or watch live + receive the replays.Register Now×
Agent Appreciation Sale: Inman Select for only $85.CLAIM OFFER×
Inmanpot
Log in
If you created your account with Google or Facebook
Don't have an account?
Create an Account
Forgot your password?
No Problem