by David Hicks
Share this article
You successfully shared the article.
Close

Five years ago, more than a dozen Wall Street hedge funds and real estate investment trusted armed with fistfuls of cash made plans to hijack the single family rental boom by spending billions to buy up thousands of foreclosures at fire sale prices.

Five years ago, more than a dozen Wall Street hedge funds and real estate investment trusts armed with fistfuls of cash made plans to hijack the single family rental boom by spending billions to buy up thousands of foreclosures at fire sale prices.

Attracted by returns exceeding 8 percent a year generated by the small investors who dominate the business, they planned to purchase foreclosures at deep discount, bundle then into securities and sell the bonds to institutional investors.

The Wall Street landlords would get their money back up front, transfer the risk to investors and use the proceeds to finance even more purchases to create more securities. Best of all, they would continue to control their securitized rental assets by managing the properties for 10 percent of gross rents a year.

However, the entry of big money drove up foreclosures prices and immediately began to reduce the discount factored into many institutional investors’ game plans. Hedge funds like Blackstone and Colony Capital concentrated on markets such as Tampa and Atlanta where they could make bulk acquisitions and manage their new properties easier.

From the outset, Blackstone’s CEO Steve Silverman knew the risks. “We are super careful about what we’re doing because you don’t want to have unhappy people in those homes. You don’t want to have complaint Just buying huge pools to put some assets on and hope it works out is not our strategy because you can have some bad outcomes there,” he told investors in July 2012.

Yet, property management has turned out to be the Achilles’ heel that is turning the single family rental foray into a fiasco for both the hedge funds and their investors.

With demand for rentals at a historic high, single family rentals were reporting a vacancy rate below 3 percent, compared to 5 percent or more in larger apartment buildings.

In its first securitization, Blackstone’s Invitation Homes promised investors a 6 percent vacancy rate. Within one year, vacancies in the 3,000 properties purchased by investors in the bond had risen to 8 percent, nearly three times the average for single family rentals.

A change in strategy

Between January 2012 and November 2014, institutional investors purchased some 460,840 homes, about 4.92 percent of all single-family sales during that period. By the end of 2013, market conditions for the hedge funds had changed dramatically.

By the end of the first quarter of 2016, the institutional investor market share of purchases fell for the 11th straight quarter, to about 2.6 percent of all single-family home and condo sales, down from 4 percent in the previous quarter and down from 3.4 percent a year ago.

By the end of Q1 2016, the institutional investor market share fell to 2.6 percent.

The share of institutional investor home purchases decreased in the first quarter of 2016 in 87 of the 110 metro areas (78 percent), including, among the nation’s 20 largest metro areas.

Rising purchase prices reduced the profits investors could anticipate from the appreciation of their properties, but rental income soared as rents rose and occupancy rates declined.

Mom-and-pop landlords, with small holdings and strong management skills, are thriving while the Wall Street landlords are having a hard time weathering the new market realities.

As Wall Street landlords scramble to adjust to the new environment, they are shrinking in the process. No longer do they boast about the billions they have raised to dominate the market. Today, Blackstone has found creative ways to sell off its inventory.

Blackstone’s Invitation Homes is selling homes in its inventory to its tenants and bulk buyers and has decided to stop competing with mom-and-pop investors and instead sell its homes out of its inventory and lend them the money to do it.

Through its wholly owned subsidiary, Blackstone is culling about 5 percent of its properties a year by financing small and midsize investors who buy a minimum of its five single-family rental properties. Now, it is launching a program called “Resident First Look” in all 14 of its markets across to sell rentals to the tenants who live in them.

“We are still buying some homes, but it’s harder to buy in the volume that we once did, and so it’s becoming a more mature investment in terms of rate of growth. But we still think there is the potential we had and is it more of a management company? Sure it is,” Blackstone’s President and COO Tony James told investors last month.

The beginning of the end

A glut of new apartment construction is increasing the supply of rental units, and for the first time in five years, rents are falling in the nation’s hottest housing markets and threatening to flatten or reduce occupancy rates for all rental categories.

With rising vacancies and high acquisition costs, only a few of the largest Wall Street firms remain in the single family rental business.

The largest, Blackstone, is selling off inventory slowly so as not to increase its losses by driving down local real estate prices. As Wall Street’s 5 percent share in single family rentals shrinks, it’s the beginning of the end of a bad idea.

As Wall Street’s share in rentals shrinks, it’s the beginning of the end of a bad idea. 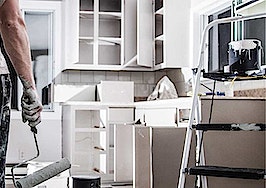 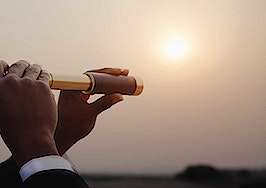