But when the question is flipped onto those making transactions happen, another perspective on real estate’s profitability and growth comes to light.

The National Association of Realtors’ (NAR’s) Profile of Real Estate Firms, based on a survey of executives who are also NAR members, draws out these industry details. And in 2016, it appears a positive and confident outlook at a high level continues to hold strong.

“For a second year in a row, a majority of real estate firms have a positive outlook on profitability, with 91 percent of all firms expecting their net income to increase or remain the same over the next year,” said NAR President Tom Salomone.

“Although there is an overwhelmingly positive outlook, low inventory and high prices have led to an overall decrease in real estate firm’s sales volume since last year’s report.

Specifically, the total number of firms that expect profitability (net income) from all real estate activities to increase within the next year dropped four percentage points from 2015 (68 percent) to 2016 (64 percent). 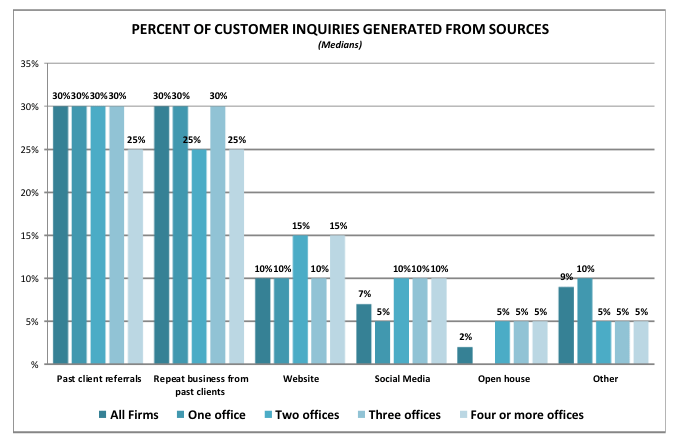 In addition to measuring industry outlook, NAR’s report also offers insight into the “business characteristics and activity of firms” as well as the “benefits and education provided to agents.”

Two big factors that drive broker business strategy are agent recruitment and retention. According to the report, 43 percent of firms anticipate increased competition over the next year from “non-traditional” firms (compared to 45 percent in 2015, a slight decrease).

However, 46 percent expect competition with virtual firms to heat up, a five percentage point increase from last year. Less than a fifth of respondents (17 percent) think that brick-and-mortar firms will be an increased threat.

“The sense of competition has fueled more recruitment since the 2015 survey,” NAR noted. “Forty-seven percent of firms reported they are actively recruiting sales agents in 2016, up from 44 percent in 2015.”

The pressure to recruit appears to be more acute at large firms with four offices or more (88 percent of which are actively scouring for agents) compared to firms with one office (39 percent).

Smaller firms — which are far more common, with 78 percent of total firms reporting having only one office — are growing, however. The one-office firm in 2016 generally has three full-time real estate licensees, an uptick from an average of two recorded last year.

NAR also asked respondents to disclose the biggest challenges they foresee over the next two years.

“Firms also predicted the effect different generations of homebuyers will have on the industry,” NAR reported.

According to NAR, “the 2016 Profile of Real Estate Firms was based on an online survey sent in July 2016 to a national sample of 147,835 executives at real estate firms. This generated 4,567 useable responses with a response rate of 3.1 percent.” 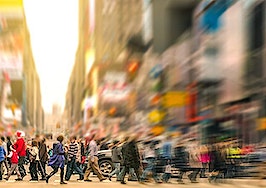