And in some markets — most notably the lower-income ones — percentage growth outpaced even the most lucrative markets.

Trulia’s chief economist Ralph McLaughlin examined the data. He offers three conclusions as to why incomes have grown across the country.

First, he notes as unemployment drops, it’s natural for income growth to occur.

He supports this notion with an explanation about productivity increasing — this in turn leads to to higher wages as a result of gained skills or technological advancements, he says.

And lastly, he points out new business in markets not only brings more employees to earn more wages, but it injects money into the local economy, pushing everyone up.

He offers a disclaimer, but points out that regardless of a powerful singular push in any one of the three options, “near full employment at the national level is certainly helping increase wages regionally.” 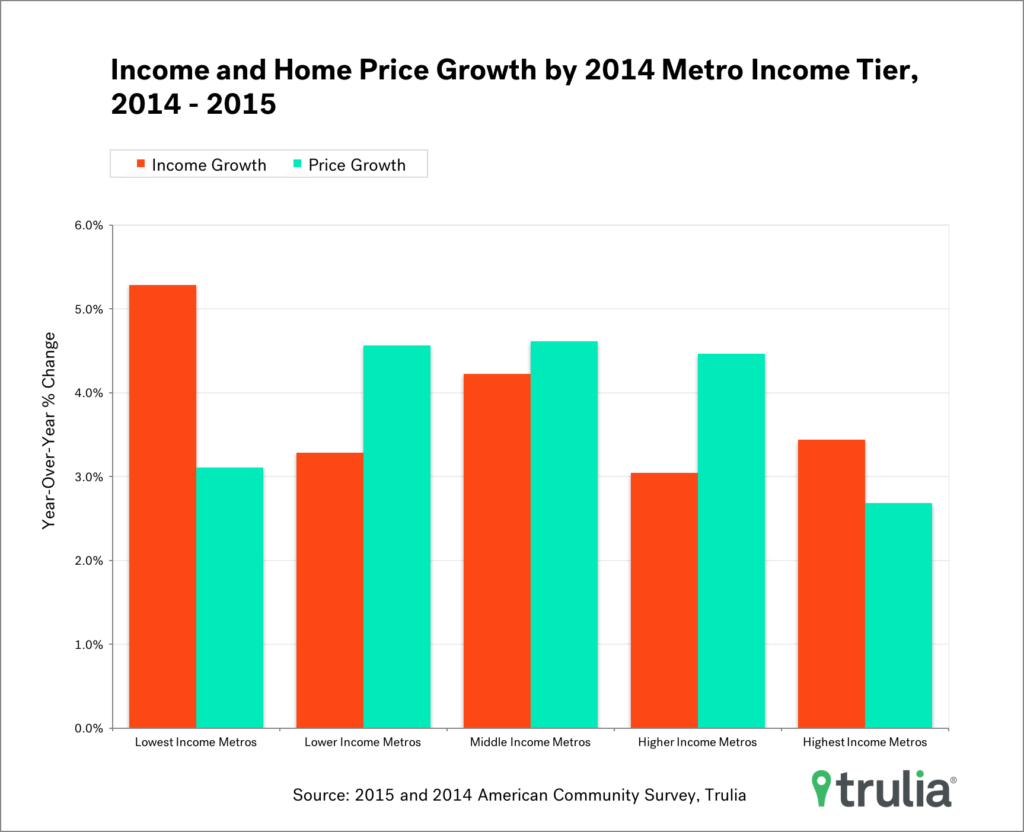 The most notable fact is that the lower income markets saw the highest year-over-year percentage growth.

“In other words, metros that were driving the 5.2 percent increase at the national level were some of the poorest markets, not the wealthiest,” McLaughlin wrote.

Median income rose 5.2 percent nationwide. The Trulia report pointed out that metro areas with the lowest incomes had the highest income growth in 2015.

San Francisco, a market with relatively high median income, is not listed in the top ten markets with highest income growth, but Fresno and Bakersfield saw 8.1 and 7.8 percent growth, respectively.

San Francisco’s median income grew 5.5 percent, just slightly over the national average but still not in the highest percentile. The disparity between median income and median home price is drastic, especially when compared to a city like Houston, where income is nearly 50 percent of home price.

Washington D.C. home prices increased just 0.5 percent from 2014 to 2015. The income growth was also less than the national average, at 2.4 percent. 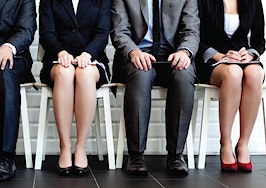