“You are NOT allowed to discuss commissions,” a Realtor recently wrote in a popular Facebook group. “It is against the Sherman Antitrust Act.” Many agents believe some version of that amateur legal warning to be true. But in most cases, it is not.

“You are NOT allowed to discuss commissions,” a Realtor recently wrote in a popular Facebook group. “It is against the Sherman Antitrust Act.”

Many agents believe some version of that amateur legal warning to be true. But in most cases, it is not.

A legal chill hangs over real estate agents, brokers and franchise personnel who idly chat with one another about anything related to commissions. But current and former attorneys for the National Association of Realtors (NAR), along with other legal experts, say the Sherman Antitrust Act doesn’t bar competitors from merely bringing up the subject of commissions.

So where did this legal anxiety originate? From a real estate industry true crime story.

On September 5, 1974, John Foley, the president of Jack Foley Realty, Inc., hosted a dinner party at the Congressional Country Club in Bethesda, Maryland.

The guests were nine of the leading brokers in Montgomery County. Following the meal, Foley allegedly stood up and announced that his firm was raising its commission rate from 6 percent to 7 percent.

Attendees then discussed the rate change, and over time the brokers adopted a 7-percent commission rate.

A United States grand jury indicted the brokers on April 1, 1977. A jury trial found the defendants guilty of criminal price fixing — a felony.

The verdict struck fear in the heart of the real estate industry, and since that time 40 years ago, most agents have a Freddie Krueger-like fear of discussing the subject of commissions with each other.

But many legal experts say this is an overreaction, which accounts for agents on social media getting their panties in a wad about even mentioning the word “commissions.” Someone utters the word “commission” and there is a pile-on from Realtors who say “no-no-no.”

This news service has even been warned by uninformed brokers and agents that Inman cannot have panels at its conferences on the subject of commissions. That is absurd.

When social media groups are having perfectly legal discussions about pricing strategies, someone is certain to raise the specter of antitrust laws. The conversations show that many agents have a vague notion of how to shield themselves from potential liability, but it also reflects misperceptions of antitrust laws.

So what are the rules?

Section 1 of the Sherman Antitrust Law attempts to prevent the artificial raising of prices by restriction of trade or supply.

“Innocent monopoly,” or monopoly achieved solely by merit, is perfectly legal, but acts by a monopolist to artificially preserve that status, or nefarious dealings to create a monopoly, are not.

In other words, an industry cannot come together and agree on what prices should be. That is price-fixing.

To prove real estate agents or brokers are engaged in price fixing, a plaintiff must provide clear evidence that the agents or brokers conspired to charge the same minimum rate — and that they did, in fact, charge that rate — according to Robert Butters, an attorney at Chicago-based Arnstein and Lehr and the former deputy general counsel for NAR.

Casual social media conversations about commission strategy do not come close to meeting that test.

Casual social media conversations about commission strategy are not price-fixing.

In the Foley case, the U.S. Department of Justice (DOJ) sought to show beyond a reasonable doubt that Foley and some of his competitors had conspired to raise prices, which they apparently did.

The DOJ pointed to evidence that Foley’s competitors both planned and pressured each other to raise commission rates to 7 percent — and did, in fact, raise their rates.

Could a social media discussion lead to a successful antitrust case?

Yes, but only if one agent asked a competitor to agree to only charge a minimum 6-percent commission and the other agent accepted the invitation in a response.

Clear evidence of an antitrust violation on a social media site might be strong enough to persuade a judge to grant the plaintiff the right to subpoena the listing agreements of those agents.

If those agreements showed that the agents had indeed charged a minimum rate of 6 percent following their written agreement, then: “Boom, I’m done. I got my case,” said Butters.

“I got the collusion, and I got the actual impact,” he said. “They’ve got no defense.”

But due to heightened antitrust awareness, few agents are stupid enough to memorialize such a pact on social media.

Instead, almost all of the discussions are around commission strategies — a far cry from agents fixing prices together.

It’s not easy to prove price-fixing

A more recent real estate antitrust class-action case, Hyland v. HomeServices of America, Inc., in which numerous big real estate firms were named, shows just how difficult it can be to prove real estate brokers have conspired to fix commissions in violation of the Sherman Act.

Eleven years ago in a Kentucky case, some in the industry were allegedly intent on keeping out discount brokers and allegedly agreed to stay firm on a 6-percent listing commission rate with 3 percent paid to the buy side — and to use compensation offers extended through the MLS to identify and punish any companies that were discounting their commissions.

At the time, there were many local efforts around the country to cut out online companies from offering lower compensation.

Several homesellers claiming to have paid excessive commission as a result of the defendants’ “conspiracy” filed a class-action lawsuit.

But a federal court of appeals upheld dismissal of the civil case on the grounds that statements from brokers who allegedly supported maintaining typical commission rates fell “far short” of direct evidence of a violation of the Sherman Act.

Upon appeal, the court conceded that the plaintiffs “produced a good deal of circumstantial evidence that would support a theory of collusion, but the conduct at issue was also consistent with permissible competition.”

The case did cost the defendants a boatload of money, highlighting why attorneys say agents and brokers may be better off avoiding any discussion of commissions with competitors to avoid frivolous lawsuits.

Other price-fixing legal traps make the rules even fuzzier.

For example, the DOJ encourages companies to advertise their commissions and compare their pricing to competitors’ pricing.

And this points to the industry’s biggest hairball — a longtime tradition of charging 6 percent and not wavering — not colluding, but maintaining that price across firms. That pattern always raises the specter of some nefarious conspiracy.

Nevertheless, our review of social media price-fixing discussions show that the typical online conversation does not hold up as evidence of an antitrust violation, including discussion about tactics to convince consumers who are trying to negotiate commission discounts.

Occasionally, an untrained agent will say something dimwitted about keeping commission rates at certain levels, and online terror rains down upon her from agents who know better. Good community policing.

Though most discussions clearly do not violate antitrust laws, real estate attorneys generally recommend that competitors avoid discussion of the topic because it can create risk in supporting a price-fixing case down the road. It may be a stretch for anyone following the rules — but better safe than sorry.

Lawyers generally recommend avoiding this sort of chatter among agents or brokers:

Most importantly: Never collude with your competitors to fix prices. 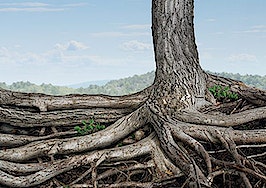