A power struggle between Realtor associations may be the beginning of the end for one of the nation’s largest MLSs. Two of the three associations that own San Diego-based Sandicor Inc. have filed a lawsuit asking the court to order the dissolution of the regional MLS in order to, they say, protect their rights and interests.

A power struggle between Realtor associations may be the beginning of the end for one of the nation’s largest MLSs.

Two of the three associations that own San Diego-based Sandicor Inc. have filed a lawsuit asking the court to order the dissolution of the regional MLS in order to, they say, protect their rights and interests in the MLS’s data.

Sandicor’s third and largest shareholder is the San Diego Association of Realtors (SDAR), which has more than 12,000 members.

Earlier this year, SDAR filed a federal lawsuit against Sandicor and its fellow shareholder associations, alleging NSDCAR and PSAR denied SDAR access to its own MLS data for its own website (called “Just Knock”); used Sandicor to compete unfairly against SDAR for members; and used Sandicor funds to “push” a potential merger with California Regional Multiple Listing Service (CRMLS) in spite of SDAR’s objections.

That lawsuit is pending. A district court has dismissed two of SDAR’s 11 claims with a chance to amend, and SDAR has submitted a third amended complaint that the defendants have asked the court to dismiss as well.

In a statement, SDAR said laws governing the agreement and the parties’ shareholder agreement prevent a dissolution of Sandicor.

“Inexplicably, the other two shareholders seek to dissolve Sandicor. We believe their actions negatively impact the MLS and further distract and drain its limited resources,” SDAR said.

“It is also important to note that if those two shareholders make the unfortunate decision to leave, SDAR stands prepared to exercise the buyout provisions of the governing documents and to continue to operate Sandicor for all of the MLS’s subscribers. There will be no interruption of services.”

The argument for dissolution

“A buyout could result in SDAR having control of member’s data for use on profit-generating sites like Just Knock,” he said via email.

“The purpose of the suit is to transition members to a statewide MLS so that they can control their data. Our members consistently tell us that they do not want SDAR to have control of their data, so the only effective remedy is dissolution of Sandicor.”

If Sandicor is dissolved, the two associations say they plan to join California Regional Multiple Listing Service, which aims to be a statewide MLS and, at more than 80,000 members, is the biggest MLS in the country.

“Transitioning to a more robust statewide MLS like CRMLS benefits all consumers, as well as agents and brokers who work in San Diego County’s real estate industry,” said Anthony Andaya, 2016 PSAR president, in a press release.

“About half of all MLS systems in California do not share data with each other, which means brokers and their agents that practice business across MLS boundary lines must pay extra fees to join multiple MLS databases,” he added.

“It is time to adjust and redefine how we do business so consumers will continue to have confidence in knowing their agents are the go-to, trusted resource for their real estate needs.”

In an FAQ, PSAR said it expected the dissolution process to take six months to a year and that a merger with CRMLS would be “seamless” after that.

CRMLS CEO Art Carter told Inman CRMLS did not encourage NSDCAR and PSAR to file to dissolve, but that CRMLS is “here to help if that’s a decision they want to make on their own.”

The suit filed by SDAR in January stalled active merger talks between Sandicor and CRMLS, but the “offer still stands from CRMLS to accomplish that merger,” he added.

“We think that the best solution for Sandicor, per a vote by the Sandicor board of directors [that] was approved and ratified … [is] that it is in the best interests of Sandicor to continue to explore that merger. There’s a strong belief amongst many that we’re talking to that that should occur,” he said.

Though some online comments show that support of the merger is not universal, the vast majority of the largest brokers in the San Diego area support it, Carter said.

“We don’t want to comment too much on the litigation that’s occurring down in San Diego, but from our standpoint … the broker community should determine their ultimate fate,” he said.

A data share between the two MLSs is set to go live in February or March, according to Carter.

Sandicor CEO Ray Ewing declined to comment for this story.

NSDCAR and PSAR collectively own about 35 percent of the shares of Sandicor with the remainder held by SDAR, according to the complaint.

The complaint goes on to say that SDAR already had the majority of members at the time that Sandicor was founded in 1991 and therefore the predecessors of NSDCAR and PSAR only agreed to participate in Sandicor so long as one association would not be able to dominate the MLS’s governance.

There have been “multiple unresolvable conflicts” between the two minority shareholders and SDAR since 2006, including SDAR’s belief that it is entitled to an “unfettered” MLS data feed that includes listings from all of the associations without members’ consent or authorization, the smaller associations’ attorneys allege.

Sandicor’s voting structure also requires two thirds of the shares and two shareholder votes in order to pass major corporate resolutions. Because SDAR owns more than two thirds of the shares in Sandicor but doesn’t have two shareholder votes, this has resulted in the associations being “deadlocked” when it comes to big decisions, according to the complaint.

“This deadlock prevented Sandicor from authorizing an upgrade to its computer hardware for over six months,” the complaint said.

Because of the “internal dissention” in Sandicor, the MLS’s business “can no longer be conducted with advantage to its shareholders,” the complaint added.

Dissolve, but in a particular way

The North San Diego county association and the Pacific Southwest association asked the court to dissolve Sandicor, but to not allow any single association to keep the Sandicor name.

To do otherwise would be “grossly inequitable,” they said.

According to the complaint, the two associations bringing the lawsuit believed that if SDAR’s leadership acquired sole control of Sandicor’s MLS database, SDAR would “improperly utilize the disputed MLS data to their own financial advantage and to the disadvantage of the underlying members whom Complainants represent.

“This distribution structure would be even more detrimental than not dissolving Sandicor at all.”

NSDCAR and PSAR further requested that “any derivative of the current Sandicor MLS database” have the rights to participate in a data share agreement with the other shareholder associations.

“Likely, the data share agreement would be between a statewide MLS service (to which Complainants’ members would subscribe) and a new MLS service maintained by SDAR for its members,” the complaint said.

“Such a data share agreement would allow the members of all three Shareholder [associations] to not only maintain their access to countywide listings, but would also allow access to statewide listings.”

And NSDCAR and PSAR also stated that the shareholder associations should “have the right to opt-in to sharing their individual MLS listing data with third-parties. This distribution structure would enable each AOR member to utilize their own MLS data as they see fit.”

Meanwhile, SDAR alleges that NSDCAR and PSAR “have already merged in all but name” and are using their MLS control and their attempt to “destroy” Sandicor “as mere cover for a membership fight, one which is endangering our member’s primary business tool in the process.

“They cannot survive alone, and cannot formally merge or they give up control of Sandicor, so they are attempting to destroy our members’ most valuable business tool rather than compete on a level playing field with SDAR,” the association said.

“For all of those reasons, SDAR’s pending federal litigation is proceeding. Nine of SDAR’s claims are moving forward, and the court is evaluating two additional issues.

“As the other two shareholders disclose information regarding their roles in Sandicor’s management and the other issues in the lawsuit, and we are hopeful that this first step to transparency will aide in our continuing effort to protect the MLS for all of its members.”

Raylene Brundage, 2016 president of NSDCAR, said her association believes it exists for the success of its members’ business.

When asked how other regional MLS’s might avoid a similar situation, Brundage said, “I believe the one component that was not anticipated when Sandicor was set up in the ’90s, was a plan on how to effectively go our separate ways, while maintaining a data share agreement. This isn’t the first time this has happened and I doubt it will be the last. Ensure there is an exit plan that maintains regional data for the users.”

WAV Group’s Victor Lund offered additional tips in a blog post earlier this year, including outlining what happens to data rights and vendor agreements when an association decides to leave a regional MLS.

Editor’s note: This story has been updated with additional details from the complaint, additional comments from NSDCAR and SDAR, and to correct that SDAR’s lawsuit has not been dismissed twice, but rather 2 of the 11 claims in the suit have been dismissed with a chance to amend. 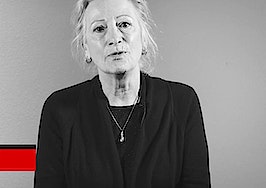 CRMLS makes case for statewide MLS in 'It's My Business' video