by Adam Stephens
Share this article
You successfully shared the article.
Close

Advertising can only be worth as much as the number of people able to see it. And right now, there is no better place than mobile. Every nose in a phone is constantly being bombarded by content, and most of it is coming from apps.

Advertising can only be worth as much as the number of people able to see it. And right now, there is no better place than mobile. Every nose in a phone is constantly being bombarded by content, and most of it is coming from apps.

A Nielsen study suggests that the average smartphone user spends 85 percent of his or her time on the device using apps. The most popular app in the world is Facebook’s Messenger, which was downloaded 59.7 million times during the first six months of 2016.

This popularity makes the launch of Facebook’s newest ad feature a perfect storm for marketers and business owners who are ready to take advantage.

Messenger as a destination

Businesses can now select Messenger as a destination for their website clicks objectives, as well as choose “Send Message” as a call-to-action to link to the app.

Up until now, users of Messenger have had to seek out your business and instigate a conversation to receive your messages. That policy still exists; however, now News Feed advertisements can bring those prospects right to your door. This is huge for starting conversations and generating leads.

To understand the effectiveness of this strategy, you need to understand the concept of the sales funnel. The average viewer who clicks on a Facebook ad is going to be near the top of the funnel — someone who doesn’t fully feel the need to do business with you, but is at least curious about your product.

Your goal after grabbing their attention is to usher them down the funnel to more meaningful, personal discussions on your offerings, and then they exit the funnel with a sale.

Previously, calls to action on News Feed ads would bring curious viewers to “learn more” by taking them to an appropriate section on your site. This is effective; however, it still lacks the personal touch that delivers prospects further down the sales funnel.

The ability to bring viewers directly to your Messenger gives you the opportunity to identify where that person is in the sales cycle without being intrusive.

The conversion rates along various stages of the sales funnel differ based on industry; however, one fact remains the same: You lose more leads between the “cold” general interest and “warm” active interest sections than anywhere else.

You lose more leads between the general interest and active interest sections than anywhere else.

What the update means

Heading directly to Messenger from the News Feed serves two purposes, depending on the temperature of the lead:

According to the 2016 Demand Generation Benchmark Report, more than 83 percent of marketers indicated that it wasn’t their goal to generate more leads, but rather to generate a higher percentage of quality leads.

Can you think of a better way to sift out uninterested leads by than by guiding your prospects directly into a conversation about your offerings?

Speaking of high percentages, Messenger provides a benefit over conventional web advertising regarding the likelihood your prospects will open your follow-up outreach.

Follow-up email outreach gives around a 10 percent chance the message will be opened, and it’s even less likely recipients will respond. In-app messaging services feature an open-rate of more than 60 percent.

In-app messaging services feature an open-rate of more than 60 percent.

Even prospects who opt-in to future messages might opt not to read them when it gets to their inbox. Messenger amplifies the likelihood that they see every message — the first, the last and the in-between.

Using language as simple as “I’d be happy to chat with you regarding … ” is often enough to bring a prospect into the fold.

This new update is the best of both worlds: A segmented audience, just like the kind Facebook has been offering for years, but with engagement previously unheard of.

If you’re worried your blog posts and other print content at the top of the funnel will be rendered worthless by directing Facebook users directly to Messenger, don’t be.

The difference, of course, is that the email addresses you gather by promoting content via a sign-up landing page is still short of having a personalized discussion with prospects.

The number of leads is important, as is the number of quality leads. No social media platform has more potential leads than Facebook, and no app offers a better chance for quality connection than Messenger.

The new feature for Facebook ads, using Messenger as a destination, allows you to deliver to those quality leads right to your door.

Adam Stephens is a branch partner at The Stephens Brotsky Group at Primary Residential Mortgage Inc. Connect with him on LinkedIn or Facebook. 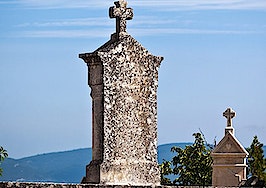 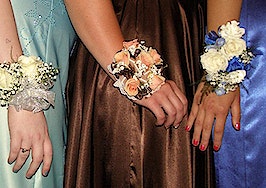 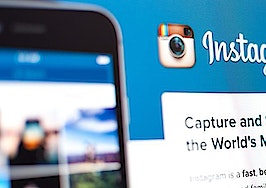 The No. 1 opportunity for listings this market expert sees in 2023
Back to top
Only 3 days left to register for Inman Connect Las Vegas before prices go up! Don't miss the premier event for real estate pros.Register Now ×
Limited Time Offer: Get 1 year of Inman Select for $199SUBSCRIBE×
Inmanpot
Log in
If you created your account with Google or Facebook
Don't have an account?
Create an Account
Forgot your password?
No Problem