Ever had a deal fall through because you stumbled across a body in the master bath’s Whirlpool? Or perhaps you’ve heard of the agent chained to a hot water tank in the basement, dying of dehydration? Her big mistake (of course): overpricing the listing so no agent came through the house to save her in time. OK, relax, you are in the world of fiction here.

Ever had a deal fall through because you stumbled across a body in the master bath’s Whirlpool?

Or perhaps you’ve heard of the agent chained to a hot water tank in the basement, dying of dehydration? Her big mistake (of course): overpricing the listing so no agent came through the house to save her in time.

OK, relax — you are in the world of fiction here.

But real crimes happening in the real estate industry were great fodder for the fertile minds of two murder mystery writers based in New York state’s Hudson Valley.

It was the death of Beverly Carter in 2014 that inspired Realtor and broker Bernice Gottlieb to write Havoc-on-Hudson, a cautionary tale for real estate agents.

Carter had actually made contact with Gottlieb a couple of months before she died — a referral call — and though they never spoke, despite leaving messages for each other, Carter’s story was especially striking to the veteran agent.

It made sense for them to exhibit together at the Hudson Gateway Association of Realtors’ Member Appreciation Day — both, in part, wrote their respective books to point out the real dangers out there every day for real estate agents.

Beverly Carter and personal experience: the making of Havoc-on-Hudson

It horrified Gottlieb, 85, to hear that Carter’s assailants saw her as wealthy and thought of agents as ideal targets to rob.

“The time spent equalizes the money that we earn. It’s shocking that people think that we are wealthy,” said Gottlieb, who set up her own real estate company, Hudson Shores Realty, in 1994.

Gottlieb merged her firm with another realty group in 2012, where she has remained a broker, serving clients who only want to deal with her. Describing herself as the “matriarch of the profession,” she remembers years ago showing a man a $2.5 million home she had advertised. 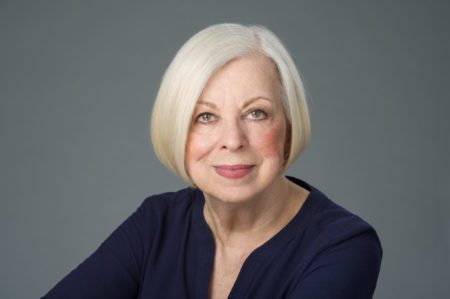 “The gentleman was charming, dressed impeccably and spoke with an elegant accent. He said he was in a hurry and had to catch the next train to the city.”

The sellers were home during the tour, and when she and the client got back in her car and asked if he had any follow-up questions, he asked her what color her panties were.

She kicked herself for failing to do her due diligence on him.

“I made two obvious errors: I did not ask for ID, and I allowed myself to be impressed by his designer clothes and European charm.”

Dark inspiration — for a cause

The first murder in Gottlieb’s Havoc-on-Hudson happens when an agent meets a new client for the first time at the property, without seeing him at the office first.

She comes to a sticky end in the master bath — and the police have few leads because she didn’t make the client sign a disclosure form.

“Poor Amy should have followed the normal procedure,” thinks senior Realtor Maggie Mitty, Gottlieb’s protagonist, who has been brought in by the local police to help liaise with the real estate community about the spate of attacks. 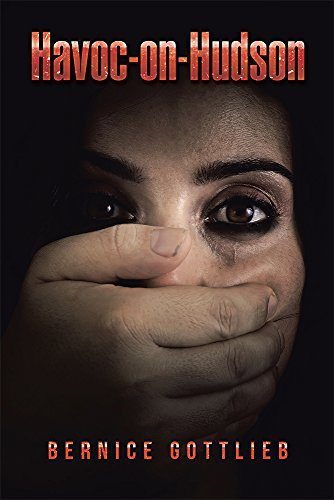 Gottlieb thinks she’s covered most of the industry no-no’s in the book:

“My goal was to make this book a cautionary tale; to share my experiences of more than 30 years; to never walk in front of new clients when showing a house; to keep them in your sights as you tour the property; to wear inexpensive jewelry and to consider exits in order to escape if attacked.”

That’s not to mention checking closets, garages and other areas after an open house to be certain no one has remained behind and is hiding, and, of course, to have a colleague by your side.

“In a way, it’s being street smart,” Gottlieb said.

The Realtor, who has written non-fiction before, says the objective with her first piece of fiction was to produce a page-turner — and she has been pleased by the response.

She’s not afraid to throw in some dark humor between real life lessons — at one point her character notes how many funeral hymns happen to have a real estate theme: “Jerusalem, My Happy Home,” “How Lovely Is Thy Dwelling Place,” to name a few.

“A lot of agents have told me that they were frightened when they read the book,” she said.

“They know these things happen, but in print, it becomes much more real to them. They like the fact that I made it fiction and they do ask: ‘Is this based on reality? Have all these things really happened?’”

In her author’s note, citing the U.S. Bureau of Labour and Statistics, Gottlieb says an average of 70 to 80 reported incidents of rape, robbery and homicide take place each year with real estate professionals.

Moreover, since 2008, the number of real estate homicides nationwide exceeded those of police officers killed in the line of duty in that same period, she said.

“This story may be a work of fiction, but the dangers are very real,” she adds. She’s already working on a sequel.

While Gottlieb’s tale is more a traditional murder mystery, if your favored genre is more risque (think Janet Evanovich), Barclay may be more your style.

The author had a lot of fun writing Expired Listings and delving into the world of bondage and sexual deviance with her heroine and agent, Dana (Thissie) Black.

Barclay has 17 years of industry experience and shares a deep concern with Gottlieb that female agents are not taking enough steps to stay safe in the industry. 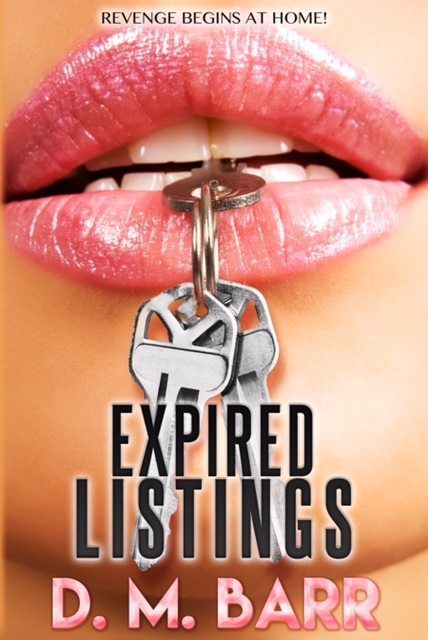 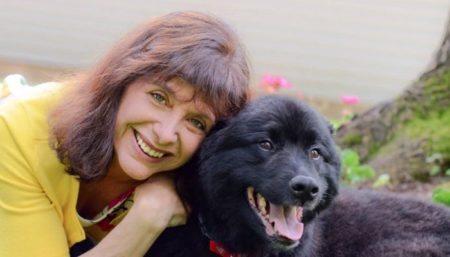 As she writes in the preface: “It’s designed to be over the top and to those protesters, I say, relax and get over yourselves. It’s a satire. I wrote it to be so over the top, no one could possibly imagine that agents kill off their problem clients or mourn the faked deaths of colleagues, just to garner public support.”

The gruesome death of her first agent, poor Penelope Randolph-Purser — the one who gets tied to a hot water tank in the basement — is explained in a breezy fashion by the protagonist, agent Dana Black.

She was undone by her own greed and lack of ethics (or that’s the conclusion of her fellow agents).

“They all agreed she had died from taking an overpriced listing, ensuring that no one would show the home in time to save her,” writes Barclay.

Barclay’s heroine explains to the (handsome) investigator the dangers inherent in being a female agent: “Most agents are women, usually very attractive women. We post glamour shots on our signs and business cards and then list every possible way to reach us.

“Then, how’s this for brilliant, we advertise that we’re going to be alone in an empty house for hours on a Sunday afternoon. We have strangers join us in our cars, or we ride in theirs. We eat food at open houses supplied by God knows who. If we’re not asking for trouble, then I don’t know who is.”

Humor aside, the drama and intrigue of the two books — especially when presented together — shine a light on an important industry concern without the need for another safety pamphlet.

Maybe the agent who bypassed telling fellow professionals when she was headed to a showing (to avoid the competition) or the office that doesn’t have rules in place for security will reconsider their stance when they remember the alternative: Whirlpools, dehydration and a real risk not worth taking. 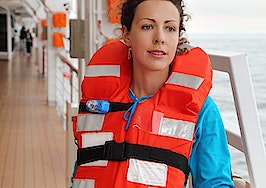 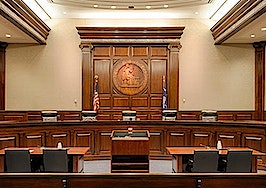 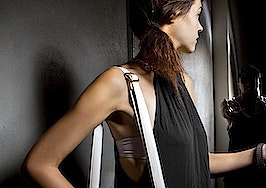