Last quarter, despite making gains in agent count, real estate franchisor Re/Max reported that its revenue was slightly down. Was the company able to make up for some of those lost financial gains in the third quarter of 2016? The latest quarterly financial report from the franchisor suggests so.

Last quarter, despite making gains in agent count, real estate franchisor Re/Max reported that its revenue was slightly down.

Was the company able to make up for some of those lost financial gains in the third quarter of 2016?

The latest quarterly financial report from the franchisor suggests so, thanks to agent-count growth, a reduction in operating expenses and a boost from franchise acquisitions made earlier this year.

Total revenues at Re/Max increased 1 percent year-over-year to $45.6 million. Adjusting for the sale of company-owned brokerages, revenue increased 7.9 percent over the third quarter of 2015 to $2.9 million.

Operating expenses fell 1.2 percent compared to the same quarter of last year to $24.2 million resulting from the sale of company-owned brokerages, but this reduction was partially offset by an increase in professional fees and bad debt expense.

Net income rose 44.1 percent year over year to $6.9 million, primarily thanks to a 7.4-percent increase in agent count to 111,118 agents during the third quarter.

Agent-count growth contributed to a 3.3-percent year-over-year increase in adjusted EBITDA (earnings before interest, taxes, depreciation, and amortization) to $26 million, which was also boosted by contributions from Re/Max’s acquisitions of the New York and Alaska regions earlier this year. Adjusted EBITDA margin was 57 percent, an increase over Q3 2015’s 55.7 percent margin.

“Our strong financial performance exceeded our expectations, highlighted by increases in agent count, revenue, margins and cash flow,” said CEO and co-founder Dave Liniger. “We successfully executed on our strategic priorities. Our focus on the three pillars of value creation, organic growth, reinvestment and acquisition growth catalysts, and returning capital to the shareholders, continues to deliver positive results.”

But most of Re/Max’s early-morning call to investors touted the impact that the company’s news-heavy quarter is likely to have on its upcoming fourth-quarter results.

The $45-million New Jersey acquisition is expected to close in December.

“It is important to note we received between 15 percent and 30 percent of fee revenue from independent regions,” said Chief Financial Officer Karri Callahan. “By acquiring a region, we capture the additional 70 percent to 85 percent of revenue generated by the region. That is why these acquisitions are so attractive and so accretive to our business.”

Motto Mortgage (and the fight with Quicken)

Moreover, Q3 featured the launch of Motto Mortgage (a mortgage brokerage franchisor that will be operated under the Re/Max Holdings umbrella) and dueling breach-of-contract lawsuits were filed between Re/Max and Quicken Loans after the companies’ marketing service agreement fell apart.

Liniger called the launch of Motto Mortgage “the most important new initiative we have undertaken in some time.” Re/Max acquired the concept behind Motto, along with certain assets, from an unnamed “third-party mortgage brokerage franchisor” for $8 million during Q3 using cash on hand.

Callahan described the seller as a company that “brings significant knowledge to our ongoing business relationship” with a “vested interest in our future success and development of Motto.”

So what is Motto, exactly? According to Liniger, it is a mortgage brokerage franchisor, not a lender, and will not be underwriting any loans.

Instead it will partner “with some of the top wholesale lenders in the business.” Re/Max broker-owners will help Motto franchises establish independent mortgage brokerage companies that are compliant affiliated business arrangements as defined by the Real Estate Settlement Procedures Act (RESPA).

Although some companies have been shying away from affiliated business arrangements in the wake of several Consumer Financial Protection Bureau RESPA enforcement actions, Freddie Mac’s short-term forecast for mortgage originations to hit $2 trillion provides a significant opportunity for brokers to recapture their declining market share by embracing Motto’s compliant model, Callahan said.

“Since 2000, many mortgage brokers and their independent loan originators have left the business due to regulatory and market changes,” she said. “Growth is expected to largely come from purchase origination as the current refinancing rally fades. Our brokers and loan originators will primarily be focused on purchase originations, and qualified mortgage (QM) loans, in particular.”

Re/Max will roll out Motto in three phases, first selling franchises to Re/Max broker-owners in about 30 states that only require federal franchise disclosure documents to sell franchises, then to remaining states that have their own separate requirements and finally selling them to select real estate brokers outside of Re/Max sometime in 2017.

Each office will be independently owned and operated, and have its own separate office space, generally in close proximity to a real estate brokerage office.

Once a Motto franchise office has sold, its startup cycle will mirror that of a new Re/Max franchise. New franchises are expected to complete training, obtain a brokerage license, secure compliant office space and hire a loan originator within about three months.

Motto franchises will have a fee-based structure, similar to what Re/Max currently has with its broker-owners. Franchises will pay a monthly fee for training, education and technology support. Fees will not be transaction-based, but they will be waived for an initial period of time and gradually increase for the first year as the franchise builds its book of business.

Liniger said Motto expects to see its first sale sometime this month. A revenue-sharing agreement will give the original company 8 percent of gross revenues for the first 10 years of Motto’s existence.

“I am more excited about Motto’s prospects than anything I have come across in a long time,” he said.

“Motto is designed for compliance and builds a transparent, seamless path from contract to close. Loan originators are the conduit to more choice, greater transparency, ease of use and convenience.

“It should also serve as an effective agent recruiting and retention tool. For independent loan originators, this is a desirable set of circumstances.”

The third-quarter 2016 outlook reported three months ago was as follows, with the actual result in bold:

With the Motto launch just announced last week, and the New Jersey franchise purchase not yet finalized, Re/Max said it is premature to provide detailed expectations for 2017, but speculated that the two events together could contribute an incremental $7 million to $9 million of revenue and $1 million to $3 million of adjusted EBITDA next year.

The company made the following predictions for how it would do in Q4 2016:

Liniger added: “Mortgage rates remain low in housing demand continues to be very strong, providing opportunity for continued gradual growth of the housing market, as well as our business.”

Editor’s note: This story has been updated with additional information about Motto Mortgage and comments from Re/Max’s Q3 earnings conference call. 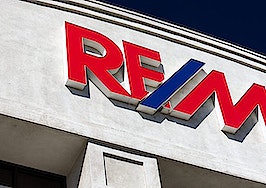 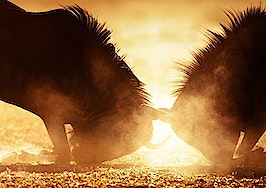