Then they do another deal, and another and another, and they typically make less money per transaction once they hit a certain point.

The reason for this — in most cases — is because they don’t have all of their systems and processes in place for volume.

Jason Balin’s guest today is Mike Green from Restorahouse in Baltimore, Maryland, who is one of the leading real estate investors in the area, having done over 500 transactions, including wholesales, flips, rentals and auctions.

Balin is talking to him about a new approach he has taken in the past year.

Green was doing 150 transactions a year. He thought to make more money, he had to do more and more deals.

Then he realized if he pared down his enormous staff, huge marketing budget and did fewer deals that were more profitable, he could make a lot more money.

Green used to have $100,000 in overhead a month between employees, office space and marketing.

He is making more money than he did when he was working much harder in the past.

The point of all this is to emphasize that execution is key. Green is properly executing on all his properties.

He is more concerned with executing a deal well than doing many, many deals.

We believe you can do lots of deals, do good work and be very profitable — we know investors who do this — but it is hard. The way you get to that level is to do one transaction at a time, hit your time frame and your budget, execute perfectly and then do two deals at a time.

And make sure you can continue to hit your time frame and budget and execute perfectly, then do three deals at a time, then four deals.

Don’t jump to too many transactions until you know what you are doing. 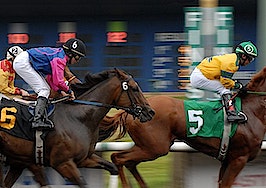