President-elect Donald Trump has pledged to defund sanctuary cities if they fail to cooperate with the deportation or incarceration of up to 3 million immigrants who are criminals or have criminal records.

President-elect Donald Trump has pledged to defund “sanctuary cities” if they fail to cooperate with the deportation or incarceration of up to 3 million immigrants who are criminals or have criminal records.

He’s also promised to deport all undocumented immigrants, which could mean 11 million fewer people in the country as a whole.

According to The Economist, “There is no specific legal definition for what constitutes a sanctuary jurisdiction but the term is widely used to refer to American cities, counties or states that protect undocumented immigrants from deportation by limiting cooperation with federal immigration authorities.”

Mayors in sanctuary cities are fighting back, saying that they will resist Trump’s efforts.

The fallout could have far-reaching consequences.

Reince Priebus, President-elect Trump’s new chief of staff, said that Trump is “looking into” cutting millions in funding to so-called sanctuary cities on day one of his presidency.

Priebus added that if sanctuary cities ignore federal law, they can no longer expect to receive federal money.

Despite this threat, mayors of the country’s sanctuary cities have vowed to fight Trump with whatever means available.

DeBlasio went as far as to say he would destroy a database of undocumented immigrants with city identification cards before handing such records over to the Trump administration.

Trump made it clear during the campaign that he would use money as a primary tool to achieve his goals, whether it is getting Mexico to pay for the wall, placing tariffs on U.S. companies who send jobs outside the U.S., reducing foreign aid or defunding sanctuary cities.

In terms of sanctuary cities, Bloomberg News reports that the President Elect has $650 billion in federally funded leverage.

According to CNN Money, New York City could lose close to $10.4 billion in federal funds of the city’s balanced budget of $83.46 billion.

Rham Emanuel of Chicago proposed a $9.3 billion budget for 2017, $1.3 billion of which is from federal grants.

To illustrate the effect of cutting off federal funding, consider how these funds are currently being used in New York City.

Much of the federal funding goes to the Department of Social Services (food stamps, welfare, health care and other benefits), the New York City Housing Authority (Section 8 housing, a choice voucher program for very low-income families) and the Administration for Children’s Services (child welfare, foster care and investigation of suspected child abuse and neglect).

These are all essential services that no rational person wants cut.

The challenge for De Blasio is how to cover a $7 billion shortfall. He would have to raise revenues, probably through tax increases.

City Controller Scott Stringer told The New York Daily News after an analysis of the city’s funds that federal funding provides about 9 percent of the city’s budget and that cutting the funds would be “devastating.”

However, he added, “We are a city that welcomes immigrants — we don’t turn people away based on where they’re from or what language they speak, and that must not change.”

What are some of the ramifications that sanctuary cities might face? Fallout could include:

What are some of the ramifications of tightening down on immigration as an administration? That fallout could include:

The Trump administration could use another tool: E-Verify.

According to the E-Verify website, “E-Verify is an Internet-based system that allows businesses to determine the eligibility of their employees to work in the United States. E-Verify is fast, free and easy to use — and it’s the best way employers can ensure a legal workforce.”

In states with E-Verify mandates, however, fines can be levied against employers who are found to have hired undocumented workers, so mandating nationwide E-Verify usage could have the effect of making employers more careful about hiring paperwork.

Like it or not, Trump isn’t going to back down on his signature campaign issue.

The question is what will the mayors of sanctuary cities do when they could be putting their most needy constituents at risk, and how many employers are going to willingly risk violating E-Verify.

How AI will take over election predictions -- and home valuations 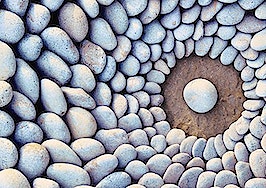 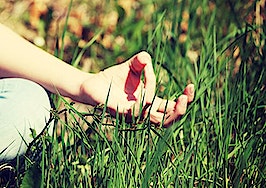 Podcast: 10 ways to build resilience in your real estate business

The broker's dilemma: 'What if I train them and they leave?'
Back to top
Inman Connect Las Vegas Memorial Day sale – 44% off exclusively for Select subscribers!Register Now To Save×
Limited Time Offer: Get 1 year of Inman Select for $199SUBSCRIBE×
Inmanpot
Log in
If you created your account with Google or Facebook
Don't have an account?
Create an Account
Forgot your password?
No Problem