Predicting the right listing price can be a bit like using a crystal ball to predict the outcome of tomorrow’s election. By 2020, however, the strategies for predicting both elections and listing prices will most likely be AI driven rather than human driven.

Tomorrow’s election provides an excellent example of how various human prediction strategies compare to those used by AI algorithms.

Tribal-thinking predictions are made based upon group membership and emotion. Winning is tantamount. In terms of the election, “tribes” include party affiliation, age, gender, ethnicity, and insiders versus outsiders.

Tribe members cherry pick the data to support their beliefs. Because tribe members have a strong need to be right, changing their position can be next to impossible.

In terms of pricing listings, tribes include sellers, buyers and real estate agents. Each group is convinced that their price is right, especially when the MLS or a Zillow Zestimate supports their conclusion.

To persuade your clients that their Zestimate might be wrong, provide them with the values generated by four other AVMs (Chase HomeEvaluator.com, HomeSnap, EPropertyWatch.com and MoveUp.com), and then ask, “Which model is most accurate?”

When the tribe member makes the decision, changing their belief becomes easier.

The best real estate agents can price a listing without ever looking at a CMA. This ability generally comes from deep market knowledge coupled with years of experience — in other words, being a market expert.

How will the experts fare tomorrow? They missed horribly on the Republican primary. Almost all the experts agreed that Trump had no chance against 16 other candidates, the bulk of which were governors and senators.

They did call the nomination race correctly for Clinton. Most of the political experts are predicting a Clinton win tomorrow.

According to Clotaire Rapaille, a marketing consultant to many of the Fortune 100 companies, Americans buy based upon three culture codes: “hope,” “dreams” and “fix it.”

Based upon Rapaille’s marketing expertise, I speculated back in September 2015 that Trump could win, never once dreaming that it could possibly happen:

“Americans rank products and services more highly when there has been a problem, and the problem is fixed. Whether it’s immigration, ObamaCare or the economy, Trump is playing the fix-it card with relish and could very well ride ‘fix it’ all the way to the White House.”

Rapaille argues that, “the reptilian always wins.” Will Rapaille or the political pundits be proven right tomorrow?

Political candidates live or die by polls, while real estate agents live or die by how they interpret their CMA data. Both polls and CMAs are snapshots of an environment at a specific point in time. From these we hope to predict outcomes, whether it’s the election or a sales price.

The success of these predictions relies upon the data the pollster or agent selects to be analyzed. Most pollsters for the 2016 election are using the demographic turnout numbers from 2012, when large numbers of minorities and young people voted.

A few other pollsters believe this year’s electorate will be more like 2014 where the voters were older and more conservative. If the voter turnout doesn’t mirror the pollsters’ initial assumption, the poll will be wrong.

By the same token, agents as well as companies such as Zillow, Trulia and realtor.com make assumptions about which comparable sales are the best choices. If they choose the wrong comparable sales, their price will be wrong.

Based upon the RCP average as of Friday, Nov. 4, Clinton is leading Trump in a four-way race by 1.7 percent.

RCP is also predicting that Clinton will win the Electoral College 273 to 265.

The fly in the ointment

The problem with both polls and AVMs is the margin of error. To illustrate this point, assuming that Clinton is polling at 45.7 percent and Trump is at 44 percent in a poll with a 3-point margin of error.

Until now, this is about as accurate as the computers have been able to achieve. That is all changing as AI is transforming how we conduct virtually any type of future predictions.

Professor Allan Lichtman, author of Predicting the Next President: The Keys to the White House 2016, has correctly predicted the results of the presidential election for the last 30 years.

His prediction process relies on 13 variables that are rated as either true or false. If six or more of the 13 keys are false, the party holding the White House is predicted to lose.

These keys are based on history. For the 2016 election, the “fatal” six keys are present and hence, Lichtman (much to his personal dismay) is predicting a Trump win.

In terms of market value, the most reliable historical predictor of price shifts has been changes in how many months inventory is on the market.

When the inventory grows for an extended period of time, a market downturn is on the way.

Conversely, inventory increases lead to an uptick in prices. Prices lags behind these changes by as much as 12 to 18 months.

While both of these prediction models have worked well in the past, they are based on a relatively small set of data as compared to MogIA, an AI that has analyzed over 20 million separate data points from Facebook, Google, Twitter and YouTube.

MogIA decides which factors are most relevant to its decision-making, not the programmers. In fact, we might not even understand how it arrives at its conclusions.

What’s fascinating is that MogIA accurately predicted the outcome of the primary process for both parties. The odds of doing that on the Republican side with 17 candidates were one in 10,000.

He goes on to argue that what people post on social media seems to accurately reflect voting intentions. MogIA is predicting a Trump win.

Today, this same technology is transforming how we will price houses. Tools such as HouseCanary.com, WeissAnalytics.com and Zillow are now using AI that is becoming increasingly smarter and more accurate.

The margins of error continue to decrease. Moreover, they are predicting values one to five years out and allow users to leverage comparable sales that are five years old (or even older).

The bottom line is that by the time 2020 rolls around, agents might be relying almost exclusively on AI, and polling might be a thing of the past.

The real question for tomorrow is who will win — human experts or AI? On the other hand, you could just check in with the sacred Chinese monkey, who (when presented with life-size cutouts of both candidates) kissed Trump — but not Clinton. 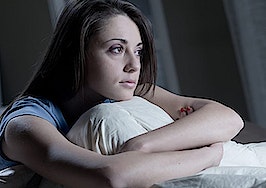 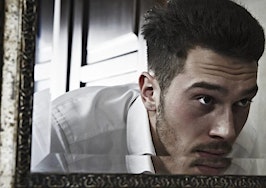 The 7 deadly lead conversion killers (and how to avoid them)

How to show sellers you're 'the one' 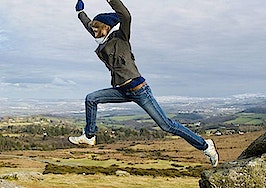 Podcast: How to get your clients to stop stalling and take action