In real estate, we usually measure progress by comparing today’s data to the past peaks and valleys.

Although year-over-year numbers provide a useful frame of reference, they tell only part of the story. What’s more important is knowing how well we are doing in the context of today’s market potential.

Take October home sales, for example. Existing sales in October soared for the second straight month, putting 2017 on track to be the biggest year for home sales since the housing boom peaked a decade ago.

However, the reality is that October sales underperformed the market potential by 6.5 percent, an improvement over the 10.2 percent underperformance deficit recorded in September, but still 384,000 sales short of the potential, according to a new Potential Home Sales Model created earlier this year by Mark Fleming, chief economist at First American.

Although home sales in October were 5.9 percent over a year ago, the market potential for existing-home sales grew even more, 6.7 percent compared with a year ago, an increase of 376,000 sales.

Currently, potential existing-home sales are 206,000 homes or 3.5 percent below the pre-recession peak of market potential, which occurred in July 2005.

“With mortgage rates still near historic lows in September, wages growing at a brisker pace and greater employment, the market potential for existing-home sales grew dramatically.

“However, despite the increased consumer house-buying power fueled by lower rates and higher incomes, existing home sales remain below market potential, in part due to tight inventory.

Measuring market performance by comparing today’s market totals to past sales is a little like driving a car while looking in the rear-view mirror.

“Knowing how close the market is to a healthy level of activity can help consumers determine if it is a good time to buy or sell and what might happen to the market in the future. That is difficult to assess when looking at the number of homes sold at a particular point in time without understanding the health of the market at that time,” Fleming wrote in a blog for First American.

“Historical context is critically important. Our potential home sales model measures what we believe a healthy market level of home sales should be based on the economic, demographic, and housing market environments.”

With new tools like the Potential Home Sales Model, we have a better idea of how well we are doing toward reaching today’s potential, not just yesterday’s mileposts. 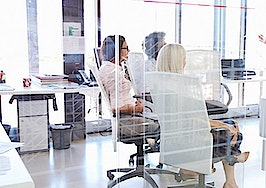 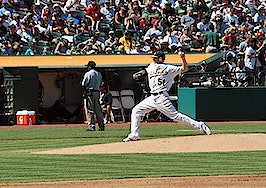