I AM NIKOM / Shutterstock.com
by Teke Wiggin
Share this article
You successfully shared the article.
Close

What happens to rents if short-term rentals take a bite out of long-term inventory? The answer might very largely by city, but short-term rentals don’t have a substantial impact on housing affordability, according experts surveyed by Zillow.

What happens to rents if short-term rentals take a bite out of long-term inventory?

The question is being debated by local governments and stakeholders across the country, helping to inform new regulations, such as those recently passed by New Orleans.

The answer might vary largely by city, but short-term rentals don’t have a substantial impact on housing affordability, according an overwhelming majority of experts surveyed by Zillow.

That’s not to say that most of those experts wrote off any impact whatsoever.

In fact, half of respondents to the survey said that short-term rentals’ impact is “meaningful, but small,” with a smaller share — 40 percent — saying their impact isn’t meaningful.

But only 5 percent diagnosed a “meaningful and large” impact.

One expert said that the impact “may be felt more acutely in very tight, supply-constrained markets like those in California and other booming coastal states, but that those effects likely wouldn’t spill over into the larger market,” Zillow wrote in a blog post.

The same expert also theorized that “growth in the short-term rental market is likely cyclical, closely tied to the discretionary income Americans have available for travel.”

New York City may rank highly among cities most impacted by short-term rentals. Such platforms reduced citywide housing stock by 10 percent, according to a study conducted by two affordable housing groups. (Airbnb disagreed with the report’s findings.)

David Ordal, the CEO of market analytics startup Everbooked, says his firm has found that short-term rentals have removed less than 3 percent of long-term rental inventory in San Francisco, and that the numbers are similar for other cities.

“So any way you cut it, the short term rental marketplace isn’t having an outsized impact on rental affordability,” he said.

A table from the NYC affordable housing report.

Fueled by platforms such as Airbnb, hundreds of thousands of short-term rentals have popped up around the country in recent years.

Some investors are pooling money to buy and convert properties into short-term rentals at scale.

But the real culprits are high demand, few rental controls and low construction, he argues. 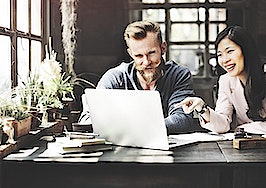 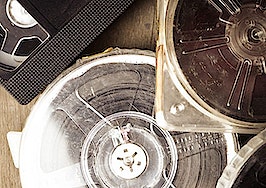