On one of the shortest days of 2016, the year seems even longer than it has been.

Anxiety is widespread — worry about the state of the nation, its politics and governance. Many people feel deterioration from better times, even those whose candidates were elected.

To shorten your 2016 recovery period, start with two things: talk with an older person, and speak English.

The Tet Offensive came early in the year, but then the war got worse. 1968 was the peak of Americans killed in Vietnam — 16,899 dead in that one year. Each week, 324 soldiers, Marines, sailors and fliers.

The Democratic National Convention in Chicago presented on TV the astounding riot outside by 23,000 police and National Guardsmen on 10,000 largely peaceful protesters.

We murdered Martin Luther King and Robert F. Kennedy within 63 days of each other.

We got over 1968. We healed. It took a while — some would say clear until Ronald Reagan reminded us of our reasons to feel capable and to enjoy modest pride. Not to be self-satisfied, but to have faith in our nation and in each other.

Speaking to each other, now as then…to communicate, words must have meaning. Two terms in common use today — “populism” and “working class” — have anti-meanings.

The US Populist Party founded in 1892 was a rebellion of farmers against bankers and back-East smartypants. See Robert Lafollette. A few years before, William Jennings Bryan fought the gold standard and deflation. Today, the media have seized on populism to explain all sorts of national and global political movements.

All B.S — the root of the word, populism, is Latin populus, “people.” The root for democracy is Greek demos, “the people.”

Lazy media constantly look for handy labels and mis-apply them to dissimilar subjects — anything to avoid explaining complexity. Trust me: There are political upsets in various places in Europe (the root of politics is Greek polis, for city or community), but not one is based on spreading contagion of Trumpism around the world.

The Scottish independence movement has less in common with Austrian rightists than Gaelic and German languages.

Democracy is just one long, roiling popular upset, but discord over highly unique and changing matters. To say that populism is a unifying movement is like saying democracy is the cause of it all. No meaning — although in the U.S., populism is the term that city smartypants like to use to dismiss ignorant and uppity country folk.

“Working class” is different. Its use is the fault — and ball and chain — of the Democrats. Until they get past working-class thinking, the Democrats will be unable to reform themselves, and we will all suffer.

Working class is a term from the Industrial Revolution — coined in Britain by that fine Englishman, Karl Marx — during a time of rigid and impenetrable class structures, many of which still persist in Europe.

The working class was separated from the upper class, which did not work, and from professionals and merchants whose work was too dignified for the term.

Central to the founding of the United States and most attractive to our 400-year flood of immigrants: here, you are who you are and what you can do, not who your parents were. No matter how mean your birth, or accented your speech, you can rise with your talent.

Use of “working class” today has some connection to the old union movement, now co-opted by enlightened business management — unionism distorted beyond recognition by government employees and professional athletes.

For pundits and Democrats to see the Trump or Tea Party revolts as working class rebellions…good grief.

Everybody works today. However, we have endured a 25-year period of excruciating change in the market value of most kinds of work.

Peter Drucker in the 1950s identified the growth of two new kinds of labor, “knowledge work” and “management,” but the explosion in knowledge work since 1990 is without precedent, and the global devaluation of working with our hands equally so.

The uprisings resulting in the Tea Party and Trump are partly regional-cultural, countryside versus city, but that’s old news. Millennia-old.

The rebellion underway today is the entirely justified reaction to economic abandonment — not just abandoned by government or school systems or business, but by each other. City folk have it fat, and don’t want to hear from the countryside or the wrong part of town.

There. It ain’t so bad now compared to some recent times.

And if you’re upset, and want to do something, start by thinking about people who are not like you, and listen to them. 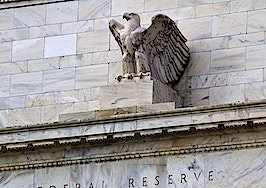 What we learned from last week's Fed rate hike

3 political factors that will continue to influence the economy