Is your pet looking a little peaked these days? Fins flopping on your fish or the claws coming out on your cat?

If your critter is internet-savvy, then you may come home one of these days to find a printout of “suggested” new pads — courtesy of Trulia’s new pet-friendly listing service.

“Just like their two-legged companions, pets want to live in a place that suits their individual lifestyle and sense of self,” reads a release from the listing portal. “Finding the right home quickly and easily is crucial to living a long and happy life, for any species. Our goal at Trulia is to make finding a home easy and enjoyable, so we’re excited to announce the launch of for sale and rental listings for pets on Trulia.”

The pet-specific pages include “an interactive PetScore map set on the neighborhood of the pawperty, giving pets a starting point for their research and allowing them to scratch and sniff out the neighborhood that best suits their needs,” according to Trulia.

“Each petmentity is given a rating, so our feline friends can see that bird watching in a pawperty’s neighborhood is ‘above average,’ or that the amount of ‘needy humans’ in the area is ‘lowest,’ cluing them in to so much more than just the home,” read the release.

The portal also offers “specific details on home features, like if a den has integrated SmartBark technology, to a neighborhood’s petmenities and local activities (hello, Tuesday Corgi meetups!).” 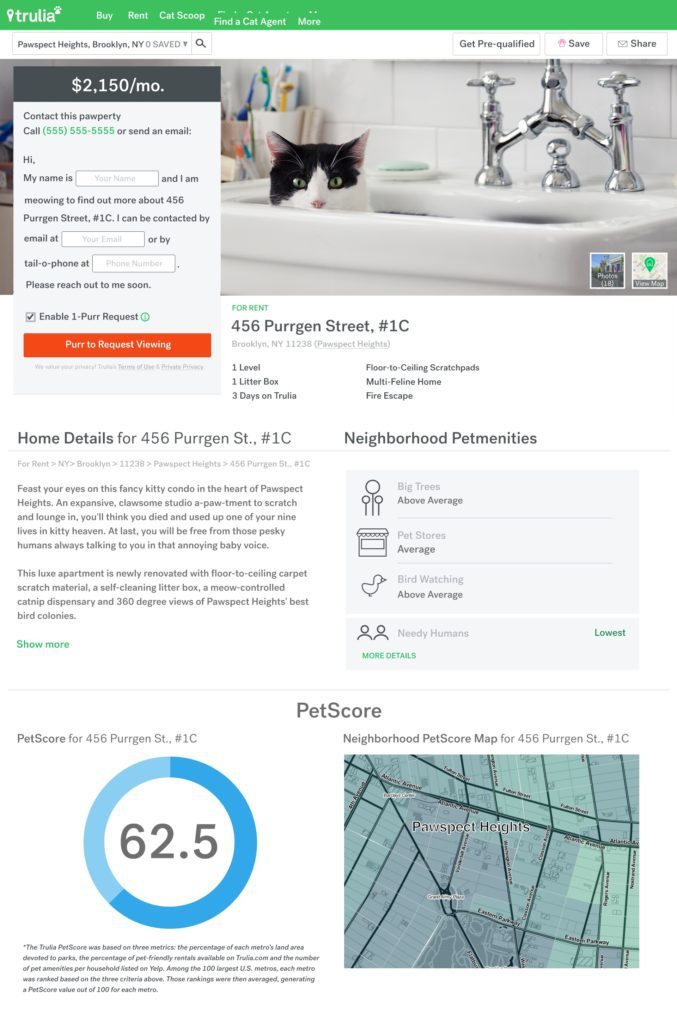 The company also aggregated the cities with the highest PetScores so that pets considering a bigger move know where the very best pads can be found. Denver, San Diego and Madison, Wisconsin, round out the top three. 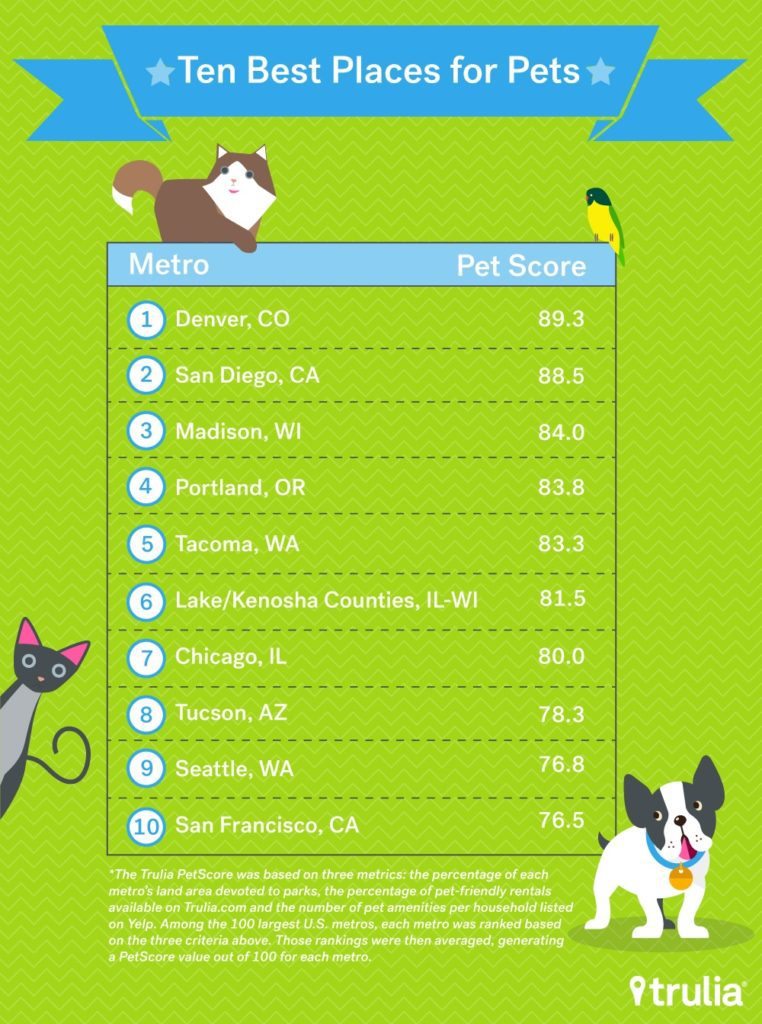 Denver’s top ranking was attributed to its “more than two designated dog parks, 3.1-percent open park space and 120 pet amenities,” according to Trulia. 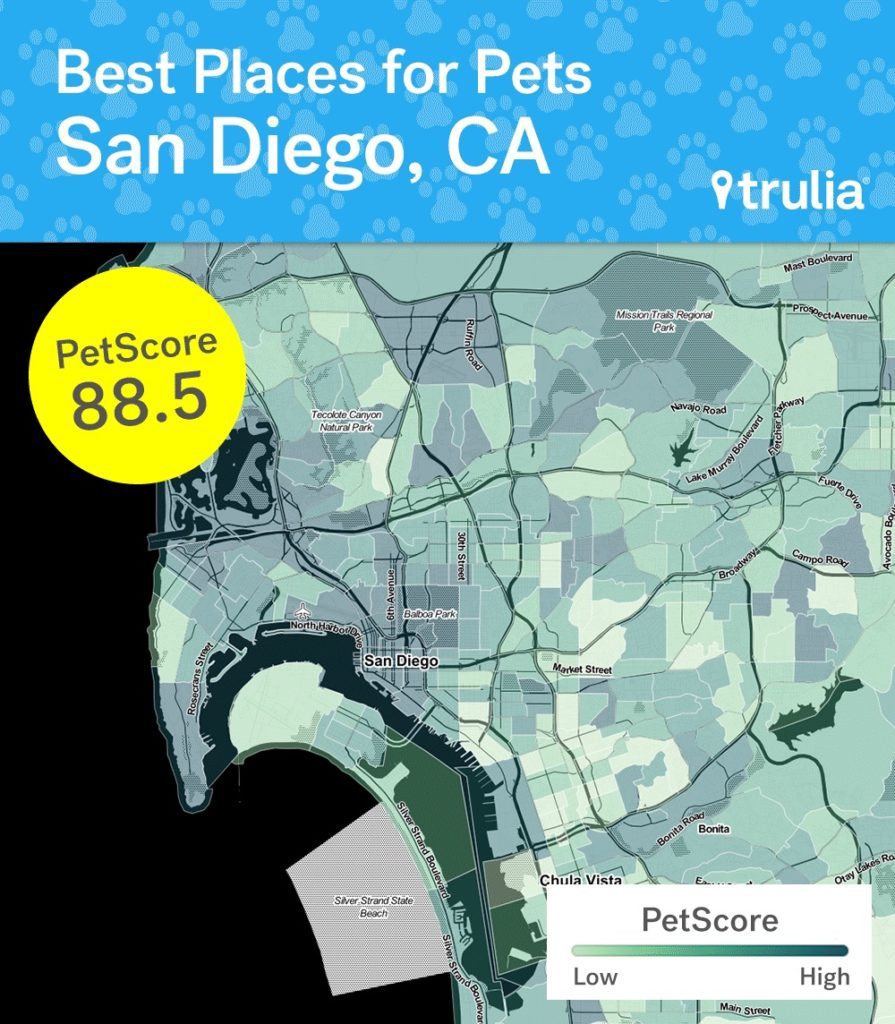 Trulia is also releasing some testimonials from pet users, who almost unanimously say the service is one they’ve been waiting for. 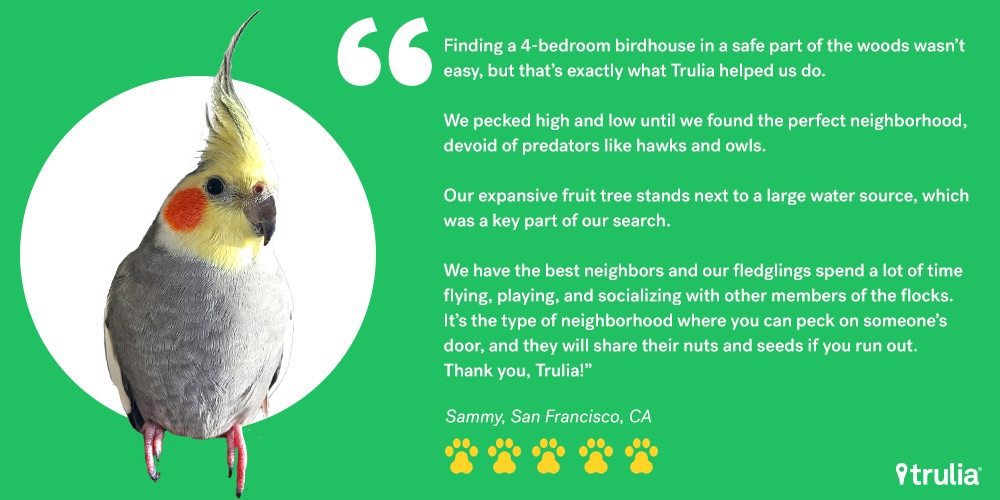 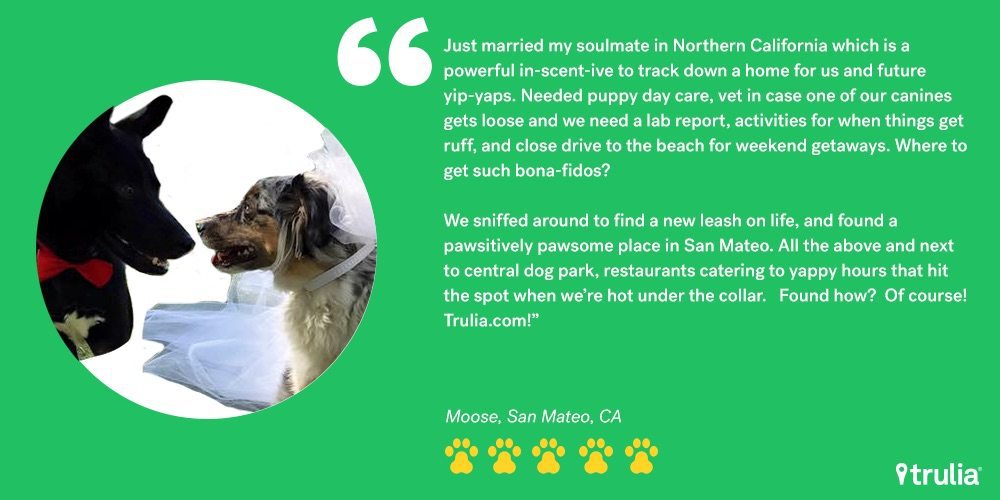 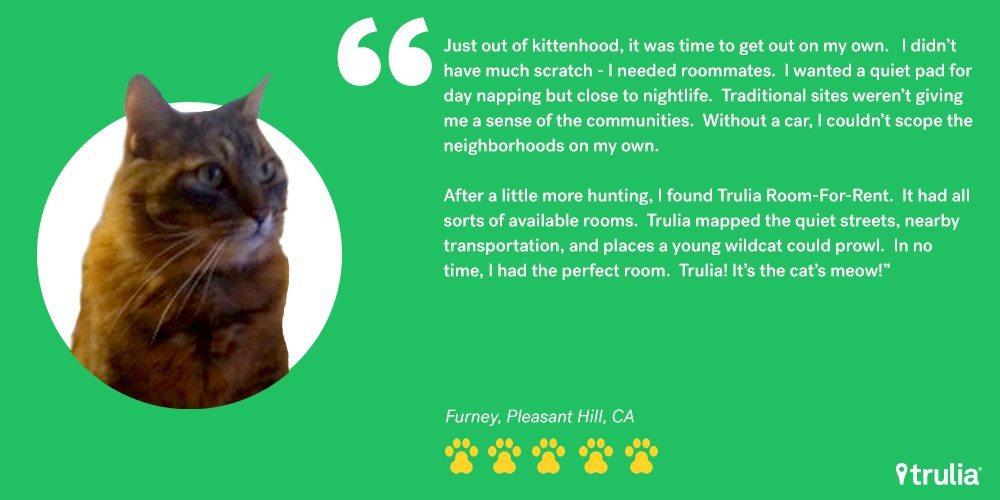 The press release closes with an announcement that probably won’t surprise most of you who’ve read this far: “We’re just horsing around!” Happy April Fool’s from Trulia! 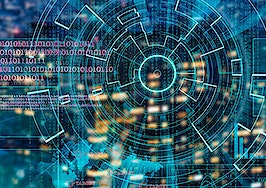