When Deb Tebbs first called the Sotheby’s International Realty office about applying for a franchise, she had to explain where her city — Bend, Oregon — was on the map.

When Deb Tebbs first called the Sotheby’s International Realty (SIR) office about applying for a franchise, she had to explain where her city — Bend, Oregon — was on the map.

A relatively small town with an 80,000 population at the time, the locale is now a trendy mecca for skiiers, a bit like the Whistler of Oregon. 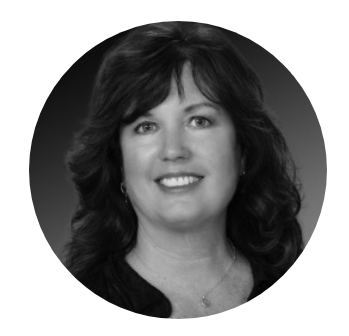 “They kept telling me to go away, but I didn’t,” she said, recalling contacting SIR for a few months to no avail.

Not one to give up on a challenge, this endeavor wasn’t a spur of the moment thing; it had been Tebb’s plan for a year and a half.

Now, having broken the $1 billion sales volume barrier as CEO of Cascade Sotheby’s International Realty (CSIR) last year, Tebbs is a far cry from that unknown, persistent woman on the end of the phone in 2006 to Sotheby’s head office.

And while some broker-owners scratch their heads about how to achieve organic growth, Tebbs is laying out plans to make serious inroads this year in the rising real estate market of Portland, Oregon, expanding out of the central part of the state where she’s already become a growing force.

Tebbs has been a Sotheby’s franchise since 2007 and was awarded the franchise for CSIR brokerages in Portland, Lake Oswego, Southwest Washington and the Oregon Coast in 2015.

These days, she is one of the very few SIR franchisees to have been given an entire state to operate in. The brand dominates the Bend market with a 55 percent share.

And Portland is not her only focus this year. Once she has the Vancouver, Washington waterfront office open, the company’s 12th, she’ll be setting her eyes on Southern Oregon.

She is planning to add 100 agents (called brokers in Oregon) to the current tally of 65 in the city of independent thinkers as well as nearby Vancouver, Washington.

New kid on the block

The Portland market is still affordable in comparison to cities in neighboring states such as San Francisco or Seattle. A big sale for the market, a $6 million home on the waterfront, closed recently, and CSIR provided the buyer. It will be one of the top sales for Portland this year.

To be the “new kid” on the block in Portland doesn’t faze Tebbs. She has embraced this “fiercely independent of cities” and figured out who she is up against. And it’s mainly good independent brokerages.

“Hasson’s is one of them [Hasson Company Realtors]. He’s my target and he knows it; he knows it very well,” she says.

The market is varied in Portland; in the Pearl district, there are warehouse renovations and high-rise condos. In Lake Oswego it’s old-school, established homes on the lake.

After the success of last year, Tebbs is looking to open up on the east side of Portland, in Irvington or Westmoreland this year for instance.

The energetic CEO is making hay while the sun shines: “Timing wise, we expect to see a good couple of years; I’m hearing that in 2019 we might see a softening,” she said.

And to make the most of the market, she needs good people. As she hires in Portland, the talent is coming from independents.

Hiring spree: It takes a village

The CEO believes in surrounding herself by talented people.

“I am not intimidated; I want everyone around me to be smarter,” she said.

The people she is bringing in are “like-minded, kind, hardworking, and they want to give back to the community. They see my vision; they are not cutthroat — they are proven and successful in their profession. ”

Her recent high-profile hire of Alicia Selliken, one of the former owners of M Realty, is one example. It all began with a coffee with Tebbs — and then a wine. She wasn’t expecting it to come to anything.

Selliken, a former social worker, has a big passion for community philanthropy, encouraging agents and brokerages to give back in meaningful ways, not just throwing money at things.

She wanted to continue doing this in her next company.

They had a few conversations. “Deb said: ‘What do you want to do? I told her, and she said: ‘Let’s do it,’” Selliken shared.

While still selling, Selliken is running the charitable giving program across the company. It will have two main pieces, one for the brokerage to get visibility and build a connection with nonprofits, and another to set up quarterly team-building and giving to the community.

Selliken feels she has found her tribe at CSIR. “I wouldn’t follow just anybody, ” she said.

She said she and Tebbs thought along similar lines.

“I think that women in business and power like to help women develop their careers and provide opportunities. You are not just: ‘You are my support person.’ It’s more, ‘How can I get you to where you need to go,’” Selliken said.

Two weeks into the job, Jesse Knight, Tebb’s new principal managing broker for Portland, Vancouver, Washington and the Oregon Coast, is on the recruiting path.

He just brought a long-term friend and broker, an experienced agent with a small independent brokerage who is feeling the need for some more support to grow further, in to talk about joining CSIR.

“Real estate is not the most efficient business. You get to the point where you have to figure out how to get to the next level,” Knight said.

The majority of the independent brokerages in Portland are regional. Knight liked the national and international side to SIR.

Also, the excitement of a startup brokerage — like CSIR is in Portland — is a big draw to independent players like him.

In his role, Knight sees CSIR giving brokers options other than taking the team route. Teams are one way to go, but they can dilute the brand, said Knight.

“I’m trying to provide them with an option so they don’t have to have a team; let brokers be brokers [agents be agents], so they can meet more clients, spend time negotiating versus doing marketing and admin.”

CSIR has a full marketing team and transaction coordinator. If brokers want to market a property, the firm provides templates for flyers, one-page websites and social media offerings.

Knight expects CSIR to acquire some small brokerages whole, but it would have to be the right fit.

“There are so many different brokerages in Portland looking for different things. There are a lot of free spirits out here, which is awesome,” he said. “We definitely want people who get the brand and understand how powerful it can be.”

Even with the “quirkiness” of the Portland market, consumers still appreciate the white glove treatment and there are some high price listings coming on very soon, he said.

In addition, the population is exploding in Oregon with people coming from California, New York and even China, and SIR is a brand that they know. Knight stressed that the level of expectation of service is the same no matter what the price.

Tebbs, who says she faced her own challenges in life — both business-related and as someone who became a mom as a teenager — likes to talk about her journey to becoming a Sotheby’s franchisee.

She’d be happy with hitting over $2 billion this year, but to get there will require a push, she said.

“I’ve always been a builder, whether building my own business as a broker. I love being a CEO, owning my own business, being the person in charge and I like the challenge of growth, creating it all and watching it come together,” Tebbs added.

“But it’s not for sissies.” 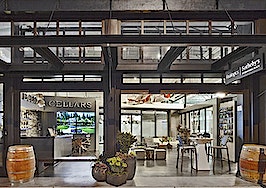