Reposted from VendorAlley with permission from Greg Robertson.

Ken Duke passed away in his sleep this past Friday, he was 61. I knew Ken. He was as a straight a shooter as they come.

Ken Duke — a quiet visionary of our real estate industry — passed away Friday, April 7. He had a heart attack.

Ken was not afraid of change and great challenges. As a real estate professional, he saw how an MLS could better empower agents and left that part of the industry to take over his local MLS. 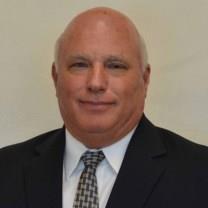 He quickly recognized that by regionalizing a number of associations in the Palm Beach area, local Realtors would have access to more data and more services in their fast growing market place.

Ken was instrumental in putting together Regional MLS. In early days of the consolidation he used the revenue on services instead of a fancy office. The first office was in a low budget strip mall and very small. Serving the members took the highest priority.

The successes of Regional MLS lead him to attempt to take the real estate industry to the next level. Consolidating real estate data for revenue beyond subscriber dues. He was the CFO for REBIG.

This idea was before its time and failed. He then moved his family to run Maine Real Estate Information System. He spent the rest of his professional career as a commercial broker in Palm Beach.

One of Ken’s lines during a round of golf that I like to repeat frequently; “I may not know how to play great golf but I do know how to drink.”

This Budweiser is to you Ken.

With a heavy heart,
Michael Hayes

Things you have done during your lifetime:
(X) Gone on a blind date
(X) Skipped school
(X) Watched someone die
(X) Been to Canada
(X) Been to Mexico
(X) Been to Florida
(X) Been to Hawaii
(X) Been on a plane
(X) Been on a helicopter
(X) Been lost
(X) Gone to Washington, DC
(X) Swam in the ocean
(X) Cried yourself to sleep
(X) Played cops and robbers
(X) Recently colored with crayons
( ) Sang Karaoke
(X) Paid for a meal with coins only
( ) Been to the top of the St. Louis Arch
(X) Done something you told yourself you wouldn’t
(X) Made prank phone calls
( X) Been down Bourbon Street in New Orleans
(X ) Laughed until some kind of beverage came out of your nose & elsewhere
(X) Caught a snowflake on your tongue
( ) Danced in the rain-naked
(X) Written a letter to Santa Claus
(X ) Been kissed under the mistletoe
(X ) Watched the sunrise with someone
(X) Blown bubbles
(X) Gone ice-skating
(X) Gone to the movies
(X ) Been deep sea fishing
(X) Driven across the United States
( ) Been in a hot air balloon
( ) Gone snowmobiling
( ) Lived in more than one country
(X) Lay down outside at night and admired the stars while listening to the crickets
(X) Seen a falling star and made a wish
( ) Enjoyed the beauty of Old Faithful Geyser
() Seen the Statue of Liberty
( ) Gone to the top of Seattle Space Needle
(X) Been on a cruise
(X) Traveled by train
(X ) Traveled by motorcycle
(X) Been horse back riding
(X ) Ridden on a San Francisco CABLE CAR
(X) Been to Disneyland/ Disney World
(X) Truly believe in the power of prayer (well, I guess you could call it prayer)
( ) Been in a rain forest
( ) Seen whales in the ocean
( ) Been to Niagara Falls
() Ridden on an elephant
( ) Ridden on a Camel
(X ) Swam with dolphins
( ) Been to the Olympics
( ) Walked on the Great Wall of China
( ) Saw and heard a glacier calf
( ) Been spinnaker flying
(X) Been water-skiing
(X) Been snow-skiing
( ) Been to Westminster Abbey
( ) Been to the Louvre
( ) Swam in the Mediterranean
( ) Been to the Great Pyramid in Egypt
( X) Been to a Major League Baseball game
(X) Been to a National Football League game.
(X) Been SCUBA diving

Comments from colleagues and friends

Newly minted account executive in 2000. Went to visit Ken in his strip mall office in Florida. Decked out in a suit and tie for the visit.

At the end of our meeting, Ken says “Troy, visits to Florida mean no ties.” I left the comment behind — in one ear and out the other.

Fast forward to our next meeting in his office a few months later. Decked out in a suit and tie for the visit. We are talking across his desk when he lowers his voice to a whisper.

I have to lean over the desk to hear him — thinking it is some type of conspiracy conversation. He opens the top drawer of his desk and puts his right hand into the desk drawer. With his left hand, he grabs my tie pulling it and me near the top of his desk. Right hand comes out with what can only be described at the time as the biggest, baddest set of garden shears and he proceeds to cut that tie off right below my chin. My head flies back and I almost fall backward out of the chair.

Emotions went from unbelievable, immediate fright to white hot anger to one of the deepest belly laughs I have ever had in my life in the span of about 5 very long seconds. Ken’s face was priceless as well as he watched those emotions cross my face. His comment after I started laughing was, “for a second there I thought, oh shit, Troy is pissed!” We always had great laughs over that experience and many others. *yes, he paid for the tie.

Ken and I remained friends for these 17 years and I am terribly sad over this news. He was truly one of a kind and will be missed.

I was very sad to hear of Ken’s passing. We had a unique professional experience and relationship in our work together as CEO and CFO of REBIG. He was a steadfast support when the company was under siege, as happens sometimes when a concept and business plan is indeed “before its time.” Ken was honest, strong, and loyal. He was also smart.

It was a pleasure to have gotten to know him on a personal level and to have remained friends for over 15 years. I will miss his wit and his attitude. RIP my friend.

My thoughts are with his lovely wife and family at this time. May their loving memories of Ken as a wonderful husband and father ease the pain of this great loss.

Ken hired me in 2001 when I left MRIS and moved to Florida. I was young and pregnant and had no regular “office” experience since I was on the tech side at MRIS. My first job working for him was scheduling conversion training classes in a red spiral bound notebook. I sat in the back of the office in that old strip mall and the guys from next door would come in to use our restroom.

Over the next year Ken allowed me to take most of our paper pushing into using technology tools. He supported a whole lot of innovation in our work process, mostly because he didn’t want to hear me complain, I’m sure. I made some life-long friends at that job, we were a very close bunch of people (I’m looking at you Patricia T!!!)

The last time I had a long conversation with Ken was at CMLS in Minneapolis. He was working in Maine and I was at Bridge. Ken pulled me aside to give me some advice. We talked over a few drinks. Over the last few years Ken has reached out to me now and again for work related questions. It’s always a quick chat – I’m glad he realized he could always count on me as a resource.

Ken and I were like oil and water, completely different views on just about everything. I told him many times that he should probably have fired me. He didn’t fire me. He turned really red and yelled at me a lot, but he didn’t fire me. He gave me an opportunity that change the trajectory of my career path. Without Ken I wouldn’t have had a lot of the experiences I’ve had, I wouldn’t have some of the friendships I have. Ken gave me pretty open rein to make any internal changes I wanted to make in our office as long as I didn’t break anything or spend a bunch of money.

God speed, Mr Duke. Thank you for trusting me. <3

Is crypto the future of real estate? The Real Word
Back to top
Hear from Realogy, Pacaso, The Agency, Spotify, Redfin, Douglas Elliman, and 100+ more leaders at ICNY.Learn More×
Agent Appreciation Sale: Inman Select for only $85.CLAIM OFFER×
Inmanpot
Log in
If you created your account with Google or Facebook
Don't have an account?
Create an Account
Forgot your password?
No Problem