Oscar Celso Anez pleaded guilty in June of last year to bid rigging and conspiracy to commit mail fraud. Last Monday, April 10, he was sentenced to serve 12 months and one day in prison and to pay $343,561 in restitution.

“Between March 2002 and November 2010, Anez conspired with others not to compete for selected foreclosure properties at public auctions in order to obtain the properties at artificially suppressed auction prices,” wrote the Department of Justice (DOJ) in an announcement about the sentencing.

The DOJ believes that the scheme was operating at least since 2001 until it was shut down in 2010.

In September 2011, two defendants (Harold H. Buchman and Allen K. French) were the first to be charged with bid rigging and conspiracy to commit mail fraud in the ongoing case.

According to the DOJ, Buchman and French — and Anez and others — “held secret, second auctions for rigged foreclosure properties,” agreeing with one another not to compete for those properties against the “winner.”

The investor who won the “secret” auction “obtained title to the property and made payoffs to co-conspirators,” according to the DOJ.

“The money that the conspirators paid to one another would have gone to mortgage holders, homeowners and others with a legal interest in the property,” the DOJ added.

To date, 15 defendants have been prosecuted, and the total restitution ordered in the case is more than $1 million, according to the DOJ.

Indeed, the Mobile Field Office of the FBI is still investigating the case, “with substantial assistance” from the attorney’s office, disclosed the release.

“The FBI remains dedicated to working with our law enforcement partners to eliminate this type of fraud,” said Special Agent in Charge Robert F. Lasky of the FBI’s Mobile Field Office.

You can report bid rigging or fraud related to public foreclosure auctions by calling 202-598-4000. 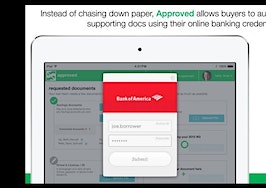 Seller's market, buyer's market: Why Realtors should never get too comfortable

Post-Brexit, fewer Brits seem to be searching for homes internationally