According to Houzz’s 2017 House and Home report, millennials and first-time buyers aren’t letting low inventory woes keep them down; instead, they’re embracing fixer-upper homes and renovating them to meet their needs.

According to Houzz’s 2017 House and Home report, millennials and first-time buyers aren’t letting low inventory woes keep them down; instead, they’re embracing fixer-upper homes and renovating them to meet their needs. 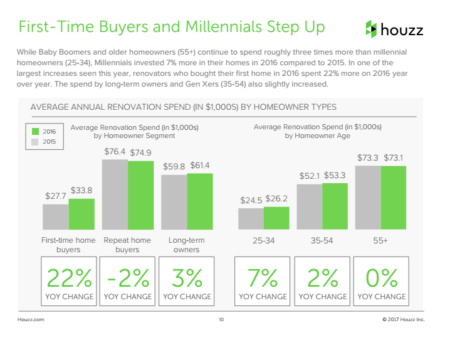 “Recent homebuyers drive a significant share of home renovations today, with repeat buyers investing twice as much in their home as first-time homebuyers,” said Nino Sitchinava, Houzz principal economist in a press release.

Baby boomers (55-plus) spent three times more on renovations than their younger counterparts, but millennials have increased their spending to an average of $26,200, 7 percentage points higher than last year.

First-time homeowners of all ages are taking on large projects, renovating an average of four rooms at a time — nearly double that of long-time owners. 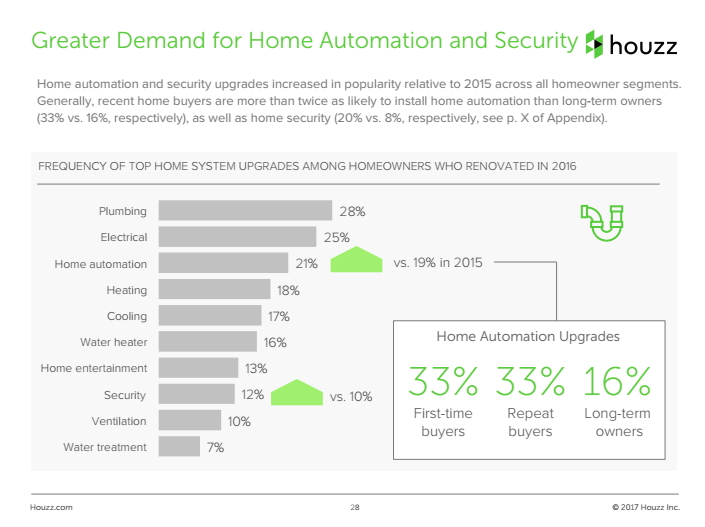 Kitchens and bathrooms are still the most popular renovations, but newbie homeowners are beginning to turn their focus to smart home technology and other additions that make the home “healthy.”

These buyers are looking for smart home tools that automate various home features such as security and temperature control. 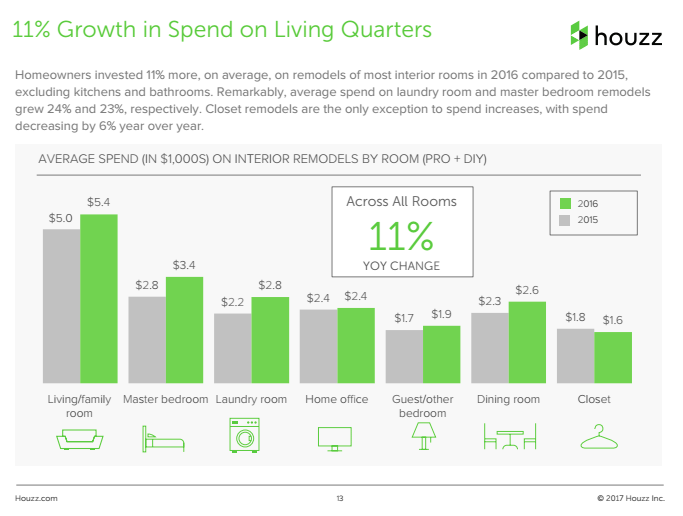 Beyond technology, homeowners are pumping more cash into living spaces including living/family rooms ($5,400), dining rooms ($2,600) and guest bedrooms ($1,900). Laundry rooms are even getting more attention with homeowners spending an impressive 24 percent more ($2,800) than in 2015.

So, why and how exactly are these buyers paying for all these upgrades? 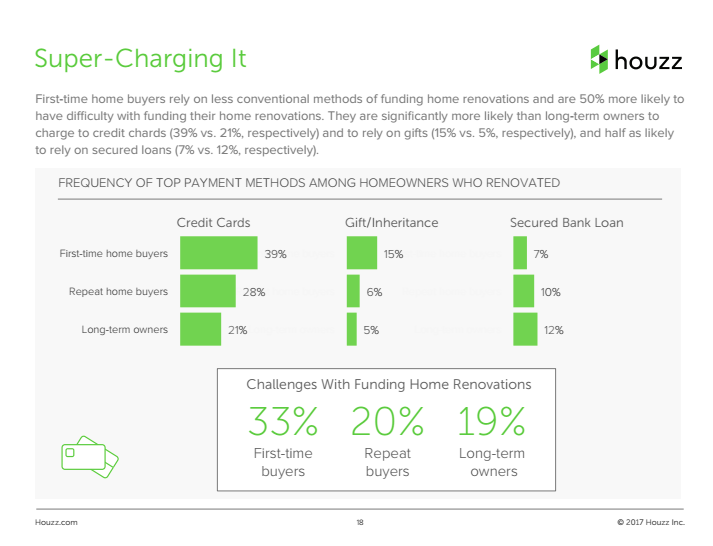 Houzz is expecting the increased interest in fixer-uppers and renovations to continue into 2017, as millennials and first-time buyers are looking for every option to own a home.

“Younger and cash-constrained first-time buyers are responding to the low inventory of affordable homes by purchasing properties that require more than just cosmetic upgrades. Not surprisingly, we are seeing their spend on home renovations increasing significantly in 2016 and expect this trend to continue through 2017,” said Sitchinava.

About the Houzz & Home survey

The annual Houzz & Home survey is the largest survey of residential remodeling, building and decorating activity published. The survey covers a wide range of renovation projects in 2016, from interior remodels and additions to home systems, exterior upgrades and outdoor projects. Data gathered includes historical and planned spends, professional involvement, motivations and challenges behind building, renovation and decorating projects, as well as planned activities for 2017. The 2017 study includes more than 100,000 respondents in the U.S. alone, providing insights into the home improvement activity of the more than 40 million monthly unique users of the Houzz site and mobile apps.

The Houzz & Home Survey was sent to registered users of Houzz and fielded in February-April 2017. The Farnsworth Group, an independent market research firm, conducted the survey. The full U.S. report is available at [insert link when available]. 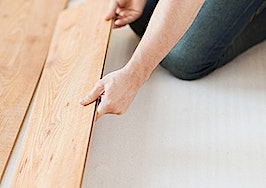 Sponsored Content
Getting top dollar for your seller: 5 best places to renovate 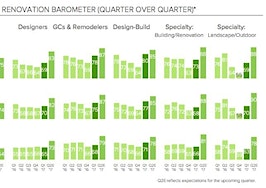