CoreLogic
by Marian McPherson
Share this article
You successfully shared the article.
Close 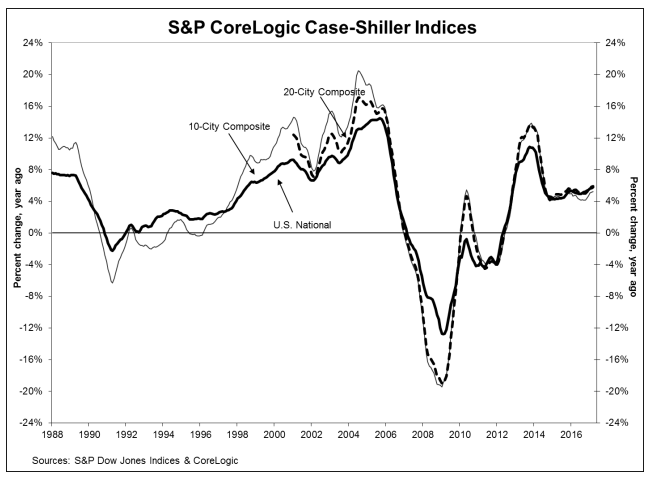 “While there is some regional variation, prices are rising across the U.S. Half of the 20 cities tracked by the S&P Corelogic Case-Shiller indices rose more than 6 percent from March 2016 to March 2017. The smallest gain of 4.1 percent, in New York, was roughly double the rate of inflation.”

Dallas shored up the end of the pack with an 8.6 percent increase – essentially unchanged from February.

Much like last month, Blitzer said real estate agents and professionals must temper any excitement they have about the red hot buying season they’re currently experiencing because, as the old adage says, “What goes up, must come down.”

“Sales of both new and existing homes, housing starts and the National Association of Home Builders’ sentiment index are all trending higher,” Blitzer said. “Over the last year, analysts suggested that one factor pushing prices higher was the unusually low inventory of homes for sale.

“People are staying in their homes longer rather than selling and trading up. If mortgage rates, currently near 4 percent, rise further, this could deter more people from selling and keep pressure on inventories and prices,” he predicts.

“While prices cannot rise indefinitely, there is no way to tell when rising prices and mortgage rates will force a slowdown in housing.” 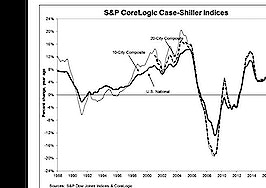