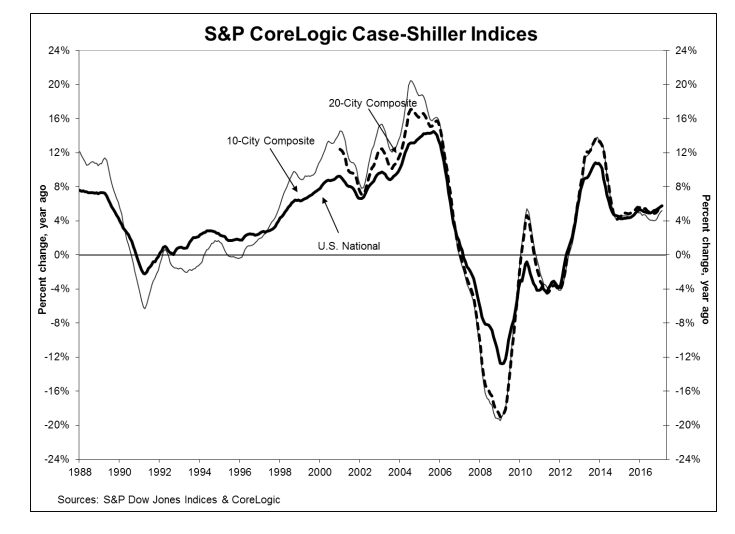 “The S&P Corelogic Case-Shiller National Home Price Index and the two composite indices accelerated since the national index set a new high four months ago. Other housing indicators are also advancing, but not accelerating the way prices are,” he added.

“As per National Association of Realtors sales of existing homes were up 5. percent in the year ended in March. There are still relatively few existing homes listed for sale and the small 3.8 month supply is supporting the recent price increases,” Blitzer said.

“Housing affordability has declined since 2012 as the pressure of higher prices has been a larger factor than stable to lower mortgage rates.”

Dallas shored up the end of the pack with a 8.8 percent increase, knocking Denver out of its spot.

Although the index is trending upward, Blitzer said economists, housing and real estate professionals must temper their excitement and remember that “rebounds” only last for a year or so.

“Housing’s strength and home building are important contributors to the economic recovery,” Blitzer said. “Housing starts bottomed in March 2009 and, with a few bumps, have advanced over the last eight years.

“New home construction is now close to a normal pace of about 1.2 million units annually, of which around 800,000 are single family homes. Most housing rebounds following a recession only last for a year or so,” he noted. 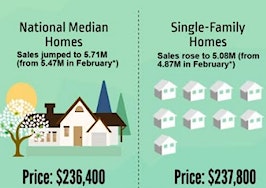 RE/MAX, KW chiefs: Prepare now for a changing market
Back to top
Don’t miss out! Inman Connect Las Vegas is this week and you can catch all the excitement with a virtual ticket.Register Now×
Limited time: Get 30 days of Inman Select for $5.SUBSCRIBE×
Inmanpot
Log in
If you created your account with Google or Facebook
Don't have an account?
Create an Account
Forgot your password?
No Problem