Robert (Bob) Moline, who’s been running the HomeServices of America affiliate for Berkshire Hathaway, today announced that he’ll be retiring. Moline is also on the board of managers for both the Broker Public Portal and Upstream. 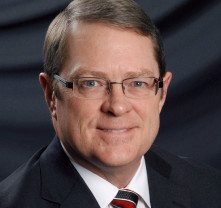 Robert (Bob) Moline, who’s been running the HomeServices of America affiliate for Berkshire Hathaway, today announced that he’ll be retiring. Moline is also on the board of managers for both the Broker Public Portal and Upstream.

“With Moline’s retirement, HomeServices is expanding its executive leadership team to include five regional presidents from within its real estate brokerage family of companies,” wrote the company in a press release.

Moline was previously CEO and broker at HomeServices of Nebraska before taking the helm of HomeServices as president and chief operating officer in 2008; he became the company’s CEO in 2015.

“I am honored to have had the opportunity to be part of HomeServices and proud to have worked with such a talented and experienced leadership team. Through the years, we have accomplished a great deal and I am confident that HomeServices will continue to set the standard for innovation, excellence, and integrity in the real estate industry,” said Moline in a statement. “I am looking forward to this next chapter to focus on my children and grandchildren, traveling, and spending time hunting, fishing and enjoying the great outdoors.”

Victor Lund, a principal with WAV Group Consulting, said that this was a transition started more than a year ago. “It’s a well-devised plan; everybody’s known about it and his replacements are already in place — they have been for a long time,” he noted.

HomeServices of America announced that the following regional presidents would be appointed:

“They run all of their businesses very differently than any other franchise organizations; they really believe in the autonomy of each of their company-owned stores by operating independently,” Lund noted.

Alon Chaver, the HomeServices chief information officer and former Trulia executive, has helped support the transition, too, according to Lund — and the way that Berkshire Hathaway is set up also helps support brokerage independence and ease transitions like this one.

“He’s one of the industry’s great technologists,” Lund opined, noting Chaver’s deep bench of experience with IDX vendors. “For decades he’s had deep knowledge about how brokerages and agents manage data and information and how they build applications on top of it,” he said.

“Bob Moline’s a great leader — we’re going to miss him,” he added. 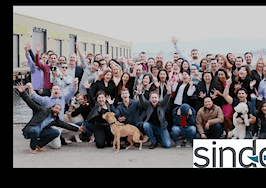 Sindeo announces it's shutting down, laying off staff