Chatbots on Facebook Marketplace may soon be able to “negotiate” with you over the price of items for sale. And if new research released by Facebook this week is any indication, you probably won’t know you’re talking to a bot and not a human being.

Chatbots in Facebook Messenger (which Marketplace uses to facilitate communication between buyers and sellers) are nothing new — Facebook has encouraged third-party developers to build bots.

As of last year, there were over 11,000 chatbots available in Messenger with companies such as It’s Alive allowing developers to easily build their own. A website called Botlist tracks these smart assistants across multiple platforms, including Messenger.

But this latest negotiating chatbot is being built by Facebook itself, and it’s light years ahead of other “dumber” bots. Through a process called “supervised learning,” Facebook is training the bots to imitate human actions by showing them negotiation dialogues between real people.

The training asks the bots to divide up a number of objects that each correlate with a different point value. The bots learned to negotiate with each other in an attempt to end up with the most possible points.

The bots went even further than their “trainers” anticipated and figured out how to bluff (what Facebook calls “intelligent maneuvers”), pretending to care about an outcome they didn’t want, thereby gaining an upper hand down the line.

“There were cases where agents initially feigned interest in a valueless item, only to later ‘compromise’ by conceding it — an effective negotiating tactic that people use regularly,” a Facebook blog post reported. “This behavior was not programmed by the researchers but was discovered by the bot as a method for trying to achieve its goals.”

Chatbots that can negotiate may also find use in non-commerce activities, such as determining the best meeting time between coworkers.

Although we haven’t reached the level of Matrix-style AI yet, Facebook reported that “people did not realize they were talking to a bot and not another person — showing that the bots had learned to hold fluent conversations in English in this domain.”

In the battle for classified app supremacy, the deep pockets and reach of Facebook’s AI research may give Marketplace a further leg up over competitors like OfferUp and Letgo. (And we won’t even mention circa 1996 tech leader Craigslist.)

We reported in May 11, 2017 on EBay’s ShopBot, which can help people determine the value of items in their home to sell and make it easier to find items to buy. We have to believe that EBay is working on a similar “negotiating” bot. And smart assistants of all kinds are fast becoming required functionality at many of the tech titans — Apple, Google and Amazon all have them.

The Verge warns that we shouldn’t get too excited yet. “The bots weren’t consistently better at negotiating than humans. And the researchers were only able to train them in this one specific scenario,” writes James Vincent. “They don’t know whether they’ll be able to transfer these skills to other sorts of negotiation.”

Facebook’s negotiating chatbot isn’t live yet, but it could be soon — and maybe not from Facebook itself. The company has publicly released the code for the new bots. 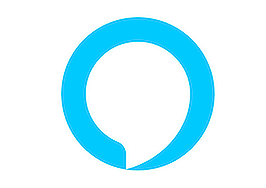 Will Alexa find your office's next top producer? 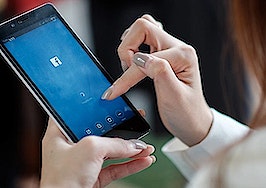 Unfriended? 5 of the biggest blunders agents are making on Facebook 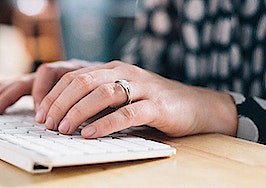 Contributing with Inman: How to become a leading voice in the industry

Real estate stocks take a dive before Wall Street rebound
Back to top
Thousands of real estate pros joined us virtually yesterday for Connect Now and you can access the replays with a 2022 bundle.Access Now×
Agent Appreciation Sale: Inman Select for only $85.CLAIM OFFER×
Inmanpot
Log in
If you created your account with Google or Facebook
Don't have an account?
Create an Account
Forgot your password?
No Problem