Redfin CEO Glenn Kelman didn’t sleep well last night. But that’s not because he had butterflies over Redfin’s looming IPO: He’s just a little sick, he said in a conference room at the Nasdaq building this morning.

But that’s not because he had butterflies over Redfin’s looming IPO: He’s just a little sick, he said in a conference room at the Nasdaq building this morning.

“Don’t speak because you’re losing your voice,” his wife told him.

But while Kelman may be battling a cold, he’s not exactly under the weather. After all, Redfin just raised $138 million through its IPO, at a valuation of around $1.2 billion. 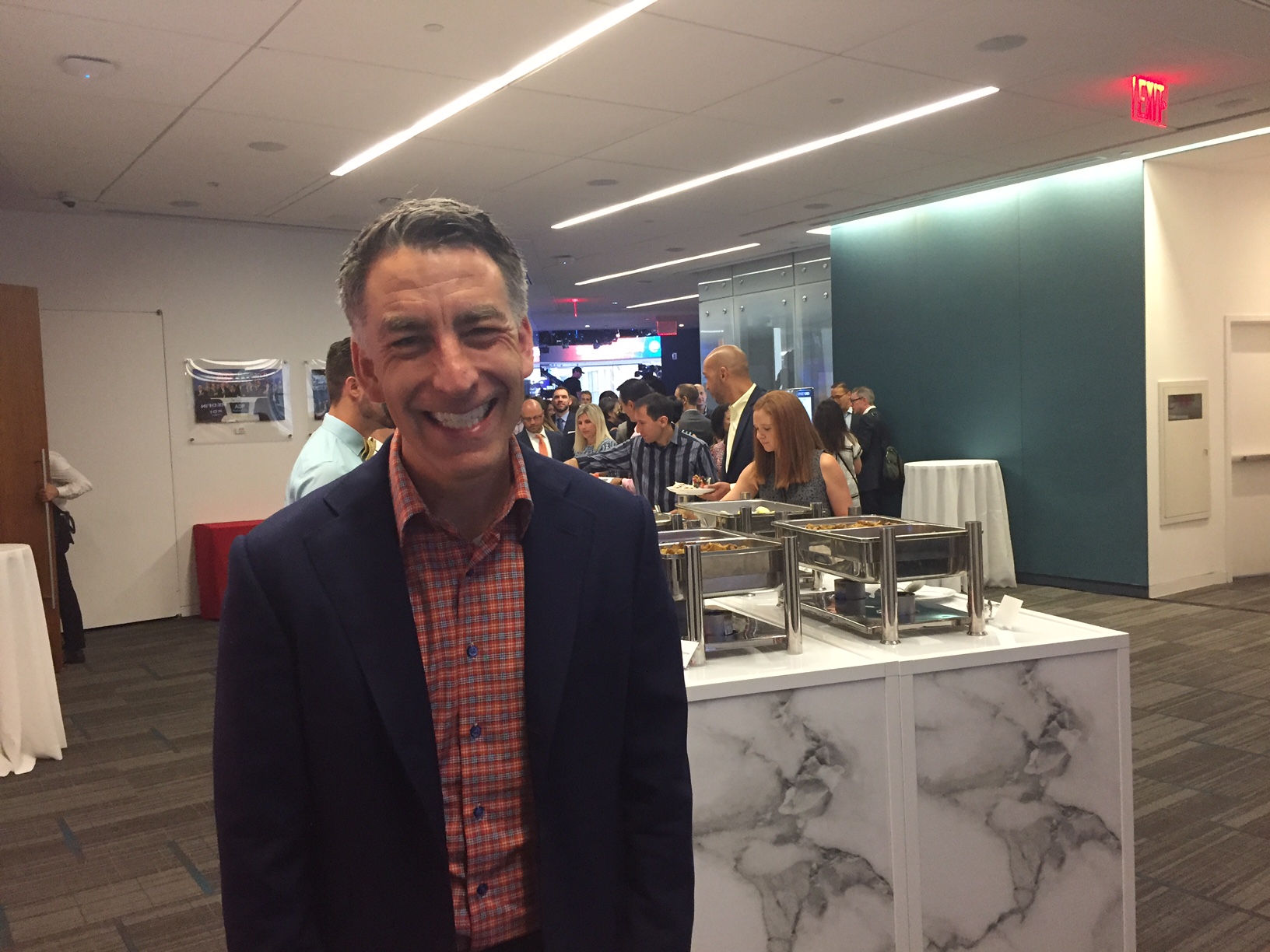 Glenn Kelman stands in front of a buffet at Redfin’s IPO ceremony in the Nasdaq building.

Another pick-me-up came as a sparkling text message. It was a confetti GIF from Spencer Rascoff, the CEO of Zillow Group — considered by some analysts to be Redfin’s biggest competitor.

But “I don’t think you should blame him for not texting me or calling me,” Kelman said. Flint has “looked for ways to be really helpful” over the last year, exchanging emails with Kelman here and there, according to Kelman.

Over the years, industry observers and insiders have mistakenly believed a Redfin IPO was imminent. Why has the brokerage put off going public for so long?

“Obviously, I did it because I felt it was the best thing to do,” Kelman said. “We felt we could get a better price in the private markets.” 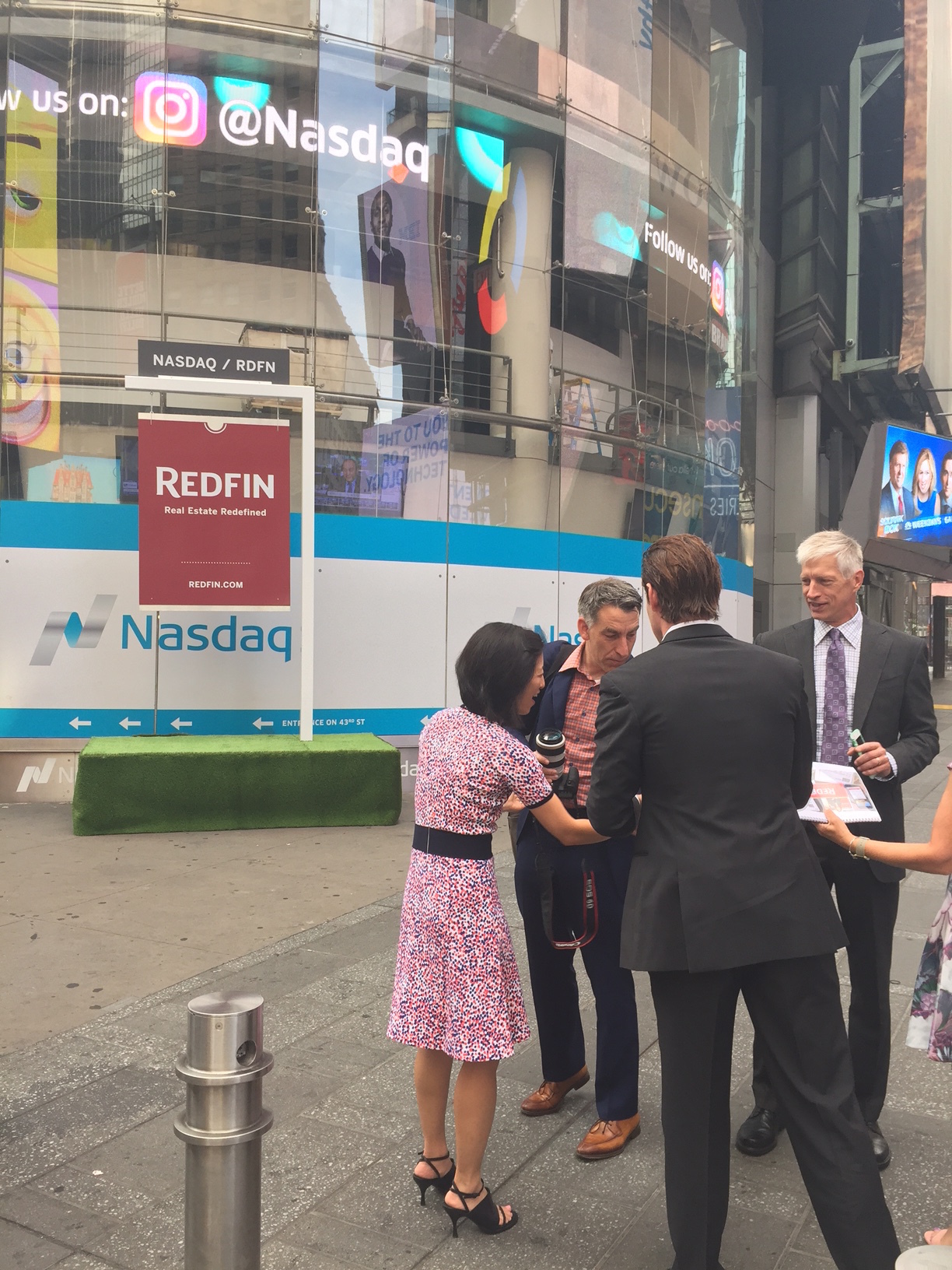 Kelman, like all of Redfin’s shareholders, won’t cash out any of his stock today, but his stock in the company was worth roughly $40 million, judging by its IPO price.

Perhaps a new house is in order?

“I love my house,” he said, signaling no plans to buy another. The Redfin Estimate of his home, he added, matches its true value.

Kelman, known for his memorable sound bites, has long championed his company in the media. But in the run-up to Redfin’s IPO, he’s had to keep quiet. During that time, he avoided following Redfin’s media coverage too closely.

“I’m a little delicate, and I need to sort of have my own perspective on the business,” he said. “If you start reading all your press clippings, it will just drive you crazy.” 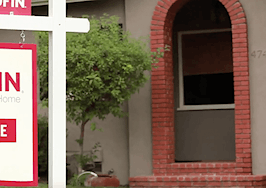 Redfin prices IPO at $15, valuing the tech-powered brokerage at $1.2B