Revenue growth was “primarily due to contributions from the acquired independent regions, agent count growth and fee increases in the Company-owned regions,” Re/Max said in a statement.

Looking ahead, Re/Max raised its 2017 agent growth forecast, expecting it to rise 4.5 to 5.5 percent over 2017, “driven by agent count growth outside the U.S. and Canada.” That’s up from its previous guidance of 4 to 5 percent.

Total operating expenses came in at $26.0 million for the quarter, up 14.6 percent compared to a year ago.

Motto Mortgage is Re/Max’s new mortgage brokerage franchise. Co-CEO Adam Contos cited Motto Mortgage, an initiative that Re/Max has expressed high hopes for, as a lever of growth — along with Re/Max’s ability to expand its network and reacquire independent regions. 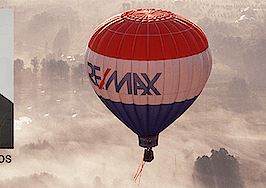