June’s S&P/Case-Shiller Home Price Index shows that home prices are continuing to ascend — impacting affordability and the overall robustness of the housing market. 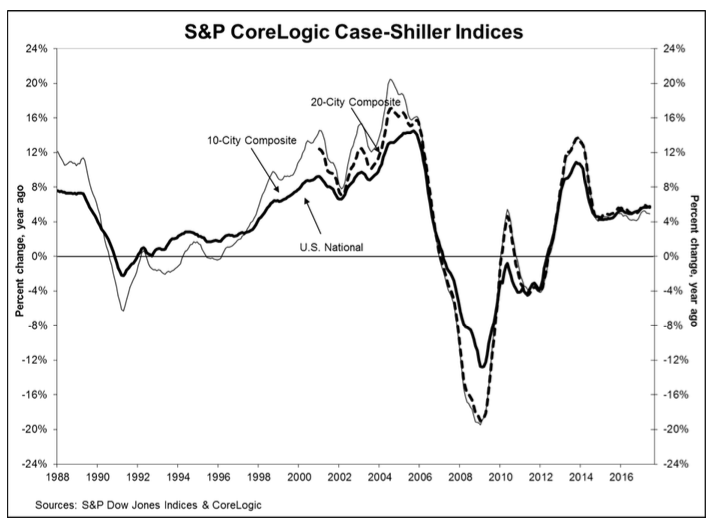 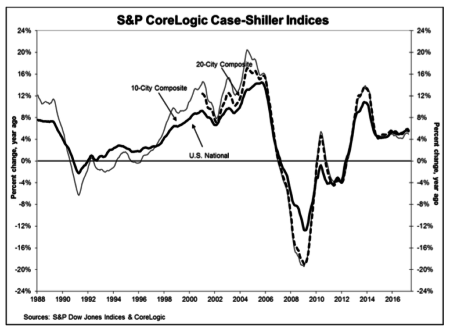 “The trend of increasing home prices is continuing,” said S&P Dow Jones Indices managing director and chairman of the index committee David M. Blitzer in a statement. “Price increases are supported by a tight housing market. Both the number of homes for sale and the number of days a house is on the market have declined for four to five years.”

“Currently the months-supply of existing homes for sale is low, at 4.2 months,” he added. “In addition, housing starts remain below their pre-financial crisis peak as new home sales have not recovered as fast as existing-home sales.

“Rising prices are the principal factor driving affordability down. However, other drivers of affordability are more favorable: the national unemployment rate is down, and the number of jobs created continues to grow at a robust pace, rising to close to 200,000 per month.

“Wages and salaries are increasing, maintaining a growth rate a bit ahead of inflation,” Blitzer concluded. “Mortgage rates, up slightly since the end of 2016, are under 4 percent. Given current economic conditions and the tight housing market, an immediate reversal in home price trends appears unlikely.”

Dallas shored up the end of the pack with a 7.7 percent increase. 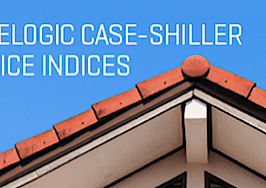 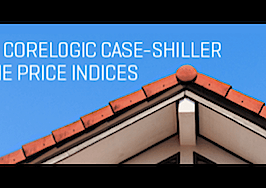 S&P/Case-Shiller: Home prices will continue to rise -- for now

Case-Shiller: Home prices boom -- but it's not déjà vu