Renting is often seen as a cheaper alternative to buying, especially when rental prices are only rising 2.6 percent year-over-year — 3.6 percentage points less than the current for-sale housing price. But for households with the lowest income, even the least expensive apartments remain out of reach.

The standard of affordability is when an individual or family spends less than 30 percent of monthly income on housing costs, but renters who fall within the bottom third of income distribution in the 25 largest U.S. metros could spend anywhere from two to three times more than the recommended amount.

In June, renters in the lowest income bracket would need to spend anywhere between 28.5 percent (St. Louis) and 111.8 percent (New York City) of their monthly income on rent for the cheapest housing.

This means that people who are unable to get a housing subsidy must likely double up or move further from their jobs to find more affordable rents, Zillow said, affecting their quality of life. This also means such renters don’t have money to set aside in savings for an emergency — much less for a home of their own. 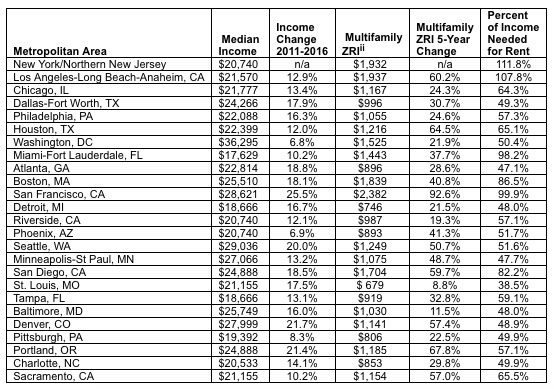 Data in the chart above is all for the bottom third in June 2016.

“Any renter can tell you how difficult it is to save up extra cash while spending an increasing portion of their income on rent, but it’s much worse for those who make the least,” said Zillow Chief Economist Dr. Svenja Gudell in a press release.

“Income inequality is growing in the United States, and this shows how high housing costs contribute to preventing people from moving up the ladder.”

“There are several factors at play here, including wage growth dampened by the recession and increased demand on the rental market,” Gudell added. “Without a long-term solution to affordable housing, the gap between the haves and have-nots will continue to widen.”

In a report published earlier this month, Zillow explored what happens when rents rise faster than incomes: increased homelessness rates. 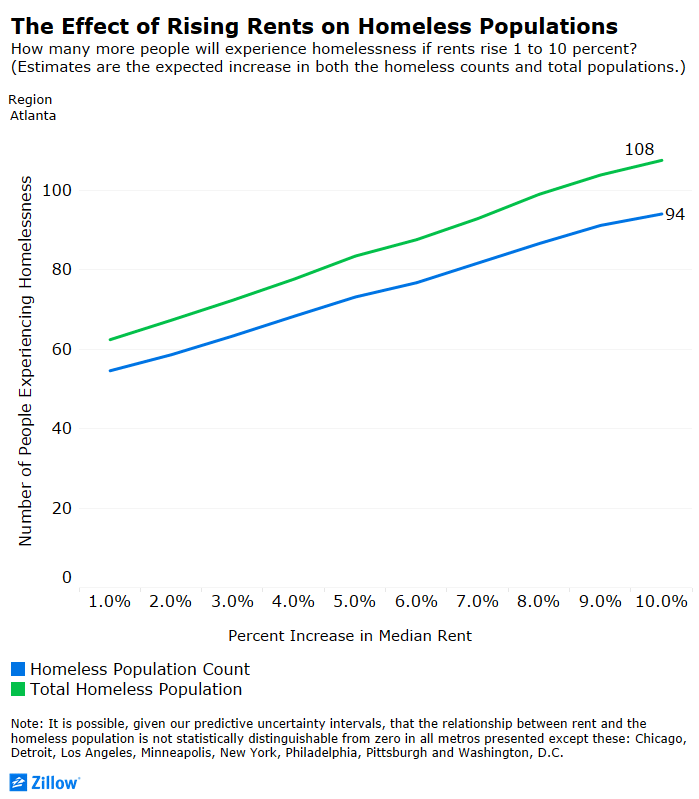 Between 2011 and 2016, homelessness rates in New York; Los Angeles; Washington, D.C.; and Seattle increased by at least 4 percent and revealed a strong relationship between rising rents and growth in the homeless population.

In New York City, there are currently an estimated 76,411 homeless people.

Zillow data scientists projected that a 5 percent increase in rent would lead to an additional 2,982 people living on the street by 2018.

In Los Angeles, there are currently an estimated 59,508 homeless people, and a 5 percent increase in rent would lead to an additional 1,993 people becoming homeless. 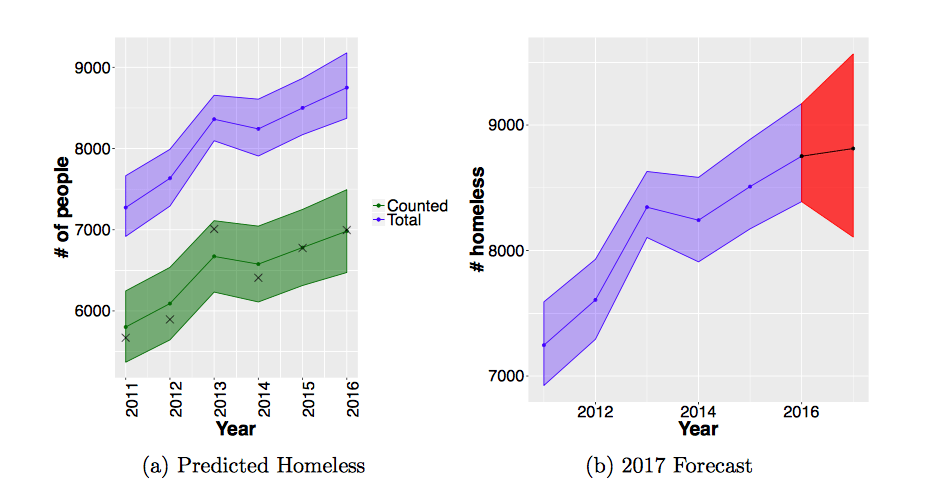 If the predictive model holds true, a 5 percent increase in rent would result in at least an additional 2,000 people becoming homeless.

Experts say making it easier for people to receive housing vouchers, expanding the federal Department of Housing and Urban Development (HUD) budget for homelessness, and crafting long-term game plans that address the roots of homelessness can help squash homelessness and soften the impact of higher costs of living.

Suggested action plans include raising the minimum wage to meet the cost of living, providing adequate drug and mental health counseling for those who need it, and a more robust construction of rental properties for lower-income communities. 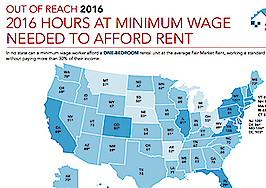 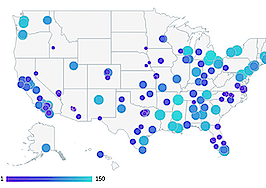 Can the rental housing landscape be improved?