Although the Atlantic hurricane season is still months from being over, it has already shaped up to be one of the most intense in recorded meteorological history.

Just last week, Houston and the surrounding areas were pummeled by Category 3 Hurricane Harvey, and Florida is now bracing itself for Irma — a Category 4 hurricane so strong it registered on earthquake-detecting seismometers, leaving meteorologists and scientists completely stunned by its power.

In addition to these catastrophic hurricanes, Tropical Storm Katia is now gaining strength in the Gulf of Mexico; and Hurricane Jose has formed near the Leeward Islands, an area that has already experienced more than its share of overwhelming damage.

Many are crediting the intensity and the staggering number of storms to climate change — NOAA says the Atlantic is 0.5 – 1 degree Celsius warmer this summer.

We already know the immediate and tragic consequences extreme weather has on lives and property, but what about the long-term impacts of this weather? How will it change the way we live? And how might it affect where we choose to live?

Zillow Chief Economist Svenja Gudell crunched numbers from the National Oceanic and Atmospheric Administration (NOAA) and lined them up with Zillow’s database to estimate the number of homes and families at risk because of climate change. 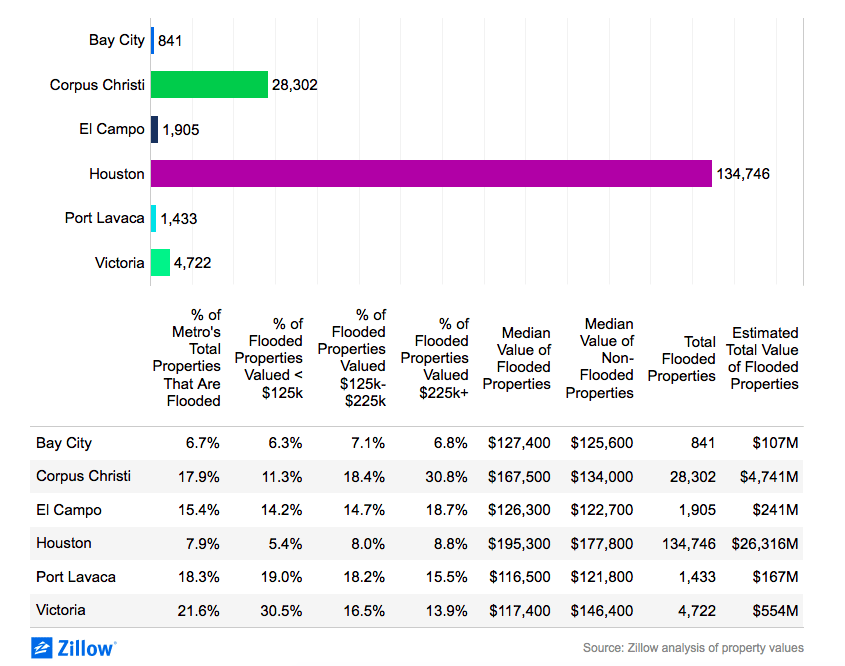 No one knows the final total impact Irma, Jose and Katia will have, but there are some early estimates on how Harvey will affect Texas in the years to come.

While the Bureau of Labor Statistics says Harvey will open up opportunities for residential construction, Gudell says the storm will obviously hurt owners who had homes in low-lying areas and didn’t have adequate flood insurance to cover the costs of literally rebuilding their lives.

“Housing has historically been affordable in the area because it’s relatively easy to build homes there,” wrote Gudell. “Unfortunately, a lot of those homes were built in areas vulnerable to flooding, both on the coasts and from rising rivers and bayous farther inland.”

“One reason it’s so cheap to build in the area is that premiums for flood insurance haven’t always been properly calibrated to the actual risk of building there,” she added. “Development can look a lot cheaper if the full risk and cost of flooding isn’t added to the final price tag.”

The current total residential property damage estimates following Harvey are at $23 billion, with Houston currently accounting for $26.3 million of that number.

Experts, real estate professionals and legislators are looking back at the Hurricane Katrina recovery as an indicator of what may happen in Houston in the coming weeks, months and years, and they are crafting the necessary steps to move forward. 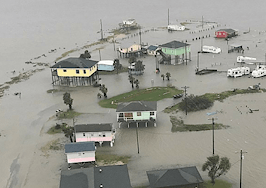 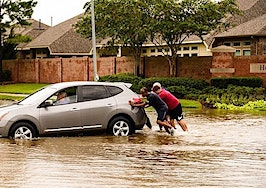 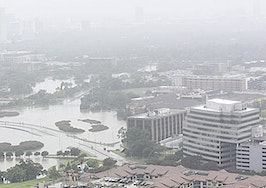