Numerous articles have been written proclaiming that it’s cheaper to rent than it is to buy, that today’s high prices are preventing first-time buyers from purchasing and that millennials aren’t nearly as motivated to purchase homes as the baby boomers were.

Numerous articles have been written proclaiming that it’s cheaper to rent than it is to buy, that today’s high prices are preventing first-time buyers from purchasing and that millennials aren’t nearly as motivated to purchase homes as the baby boomers were.

The next time you hear one of these myths, here’s how to set the record straight.

Myth 1: Millennial attitudes toward ownership differ from those held by boomers

NAR’s Profile of Home Buyers and Sellers for 2016 was based upon a 132-question survey that generated 5,465 responses from buyers.

Zillow conducted a 160-question survey of 13,000 homebuyers who had closed transactions in 2016. The average buyer in the study was 36 years old with half the buyers being millennials. Zillow’s study is especially compelling because the dataset is more than twice as big as NAR’s dataset.

In both studies, the primary reason respondents wanted to purchase a home was the desire to own a home of their own. Both studies also found that the percentages of millennials versus boomers who wanted to become homeowners were virtually identical.

Myth 2: First-time buyers are being shut out of the market

NAR’s data and Zillow’s data differ on one very important point. NAR reports that first-time buyers only accounted for 32 percent of the market in 2015 and only 35 percent in 2016.

In stark contrast to NAR’s findings, Zillow COO Amy Bohuntinsky reported that its data showed that 53 percent of all sales in 2016 were to first-time buyers. Given the size and the depth of the Zillow study, one could certainly argue that the NAR numbers may be seriously underestimating the percentage of first-time buyers.

Zillow’s findings showed that today’s borrowers are spending an average of 15 percent of their income on their mortgage versus the 30 percent that they spent in the 1980s.

Even though prices are higher, today’s first-time buyers are spending a smaller proportion of their paycheck on their house payments.

Myth 4: It’s cheaper to rent than it is to buy

A CNBC article proclaimed that it costs more to own versus to rent a home in every U.S. state.

Although the median rents may be less than the median house payments, that comparison is a poor one, and here’s why.

The long-term effects of inflation over a 30-year period are even more impressive. If you look at the chart below, you can see that even though the median prices have more than doubled over the past 30 years, the median payment has only increased by 23.4 percent.

In fact, as compared to 2007, the median payment has declined substantially.

The second table below shows an apples-to-apples comparison of how prices and payments have changed over the past 30 years due to inflation. The table is based upon the 1987 median house price of $105,000.

What’s striking here is that a $779.71 payment in 1987 would be the equivalent of $1,676.37 in today’s dollars. This example illustrates the power of paying off your mortgage with inflated dollars.

This table also supports Zillow’s conclusion that today’s first-time buyers are paying substantially less than their 1987 counterparts for their mortgages.

It also provides a rationale for why Keeping Current Matters said that a 2016 homeowner’s net worth will be 45-times greater than that of a renter.

Myth 5: Prices are leveling off — waiting to purchase won’t make any difference

Assume that a buyer is going to purchase a property and obtain a loan of $200,000 at 5 percent fixed for 30 years. If the interest rates increase to six percent, the buyer may pay up to an extra $50,000 in interest over the life of the loan.

If the interest rates increase to 7 percent, the buyer will pay almost a $100,000 more in additional interest.

So, here’s the bottom line. The next time a potential buyer or some other “expert” tells you that it is cheaper to rent than it is to buy, share the information in today’s column with them.

Remind them that they’re going to be paying someone’s mortgage — will it be theirs or their landlord’s? 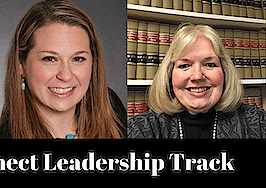 Is your real estate team violating the law? 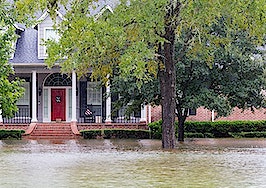