IdealEstate.co founder and CEO Brody Saunders called me on the eve of his wedding in Maine to share that his creation, a nationwide Pinterest-style listing portal, was ready for its official debut. It launched last week after a few weeks in quasi-beta mode. More than 150,000 consumer users were already lined-up to have a look at this sharing-centric property search tool.

IdealEstate.co founder and CEO Brody Saunders called me on the eve of his wedding in Maine to share that his creation, a nationwide Pinterest-style listing portal, was ready for its official debut.

It launched last week after a few weeks in quasi-beta mode.

More than 150,000 consumer users were already lined-up to have a look at this sharing-centric property search tool.

Saunders linked up with the country’s major multiple listing services (MLSs) to populate his site, allowing for nationwide listings coverage. If IdealEstate isn’t in a market now, it soon will be.

Agents will be getting notifications about the site with an invitation to leverage its additional features. They started going out last week. 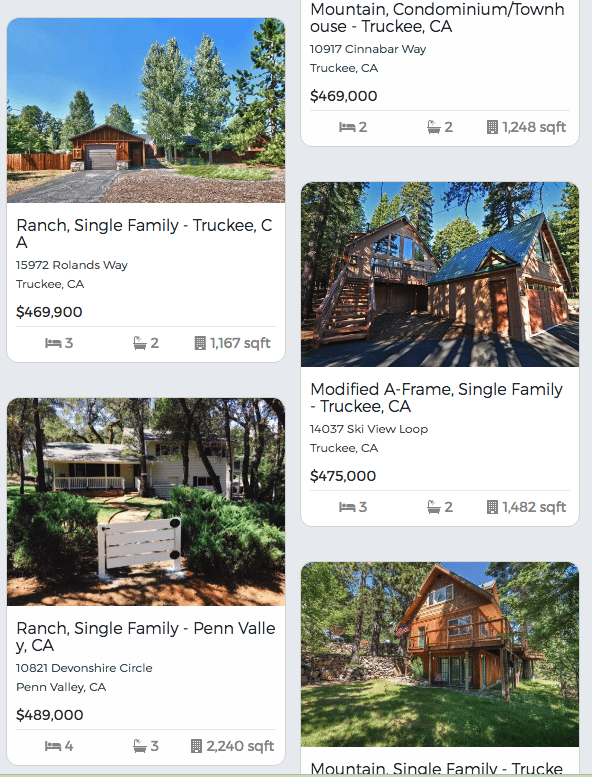 Boards can be created around a number of property characteristics, like homes with three bedrooms or those with fenced yards or near certain schools.

The site design resembles Pinterest with a good deal of whitespace and clean, compartmentalized listing cards that reveal more information when opened. 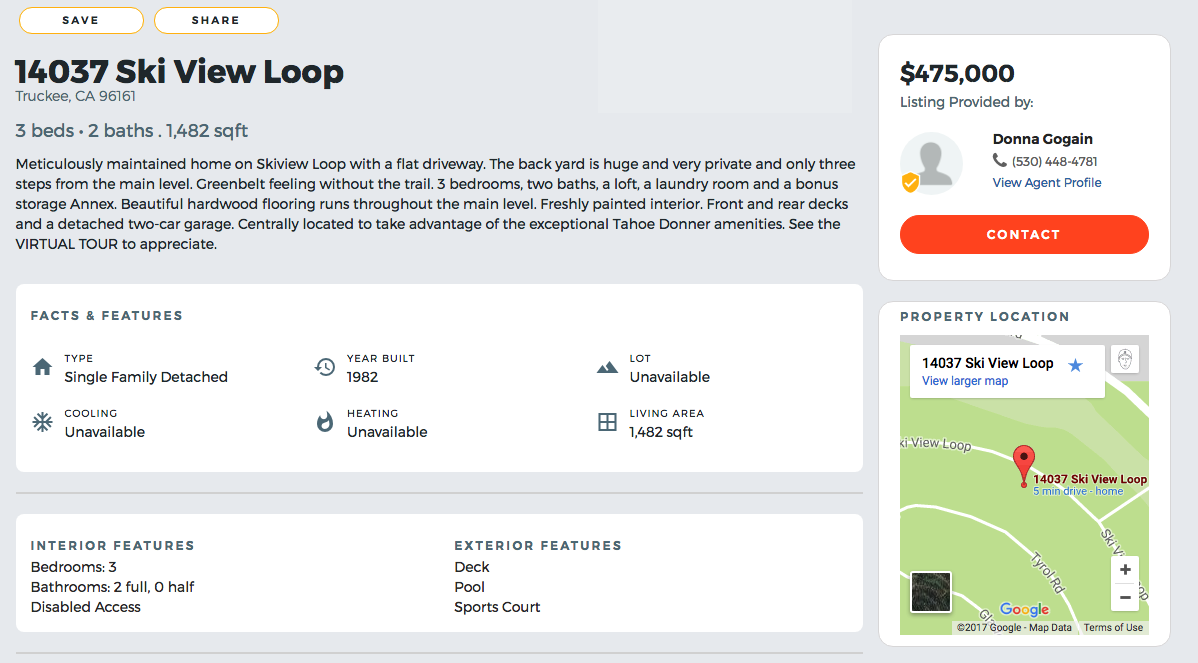 Property headlines will need some tweaking as IdealEstate grows. For example, MLS terms like “Site/Stick Built” probably don’t resonate with most homebuyers.

Unlike Zillow and realtor.com, deep-pocketed agents can’t pay to bully their competitors out of having a presence on the site. It’s clear who owns the listing. 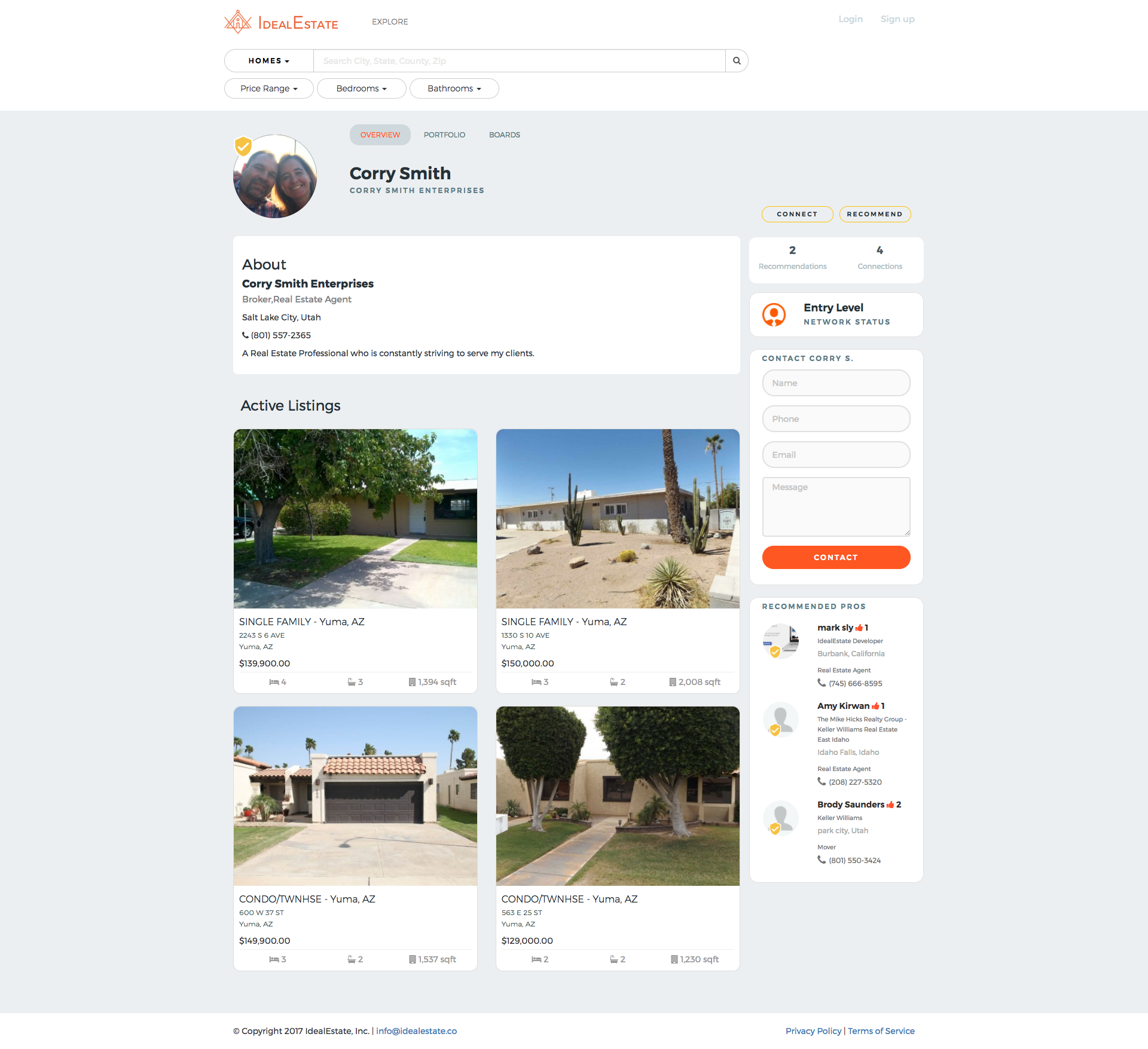 Every agent who builds an account is equipped with a profile page highlighting their listings and shared boards, as well as recommended professionals and service partners, who are also allowed to join in the IdealEstate party to share deals in which they’ve played a role.

In that respect, IdealEstate is also part LinkedIn.

Vendors and agents share boards back and forth with customers and colleagues to create an ever-expanding network of property teams for customers of every party to review and like.

Agents are alerted when a new property is shared with them or a board is viewed. It also tracks home shares, profile views and recommendations. 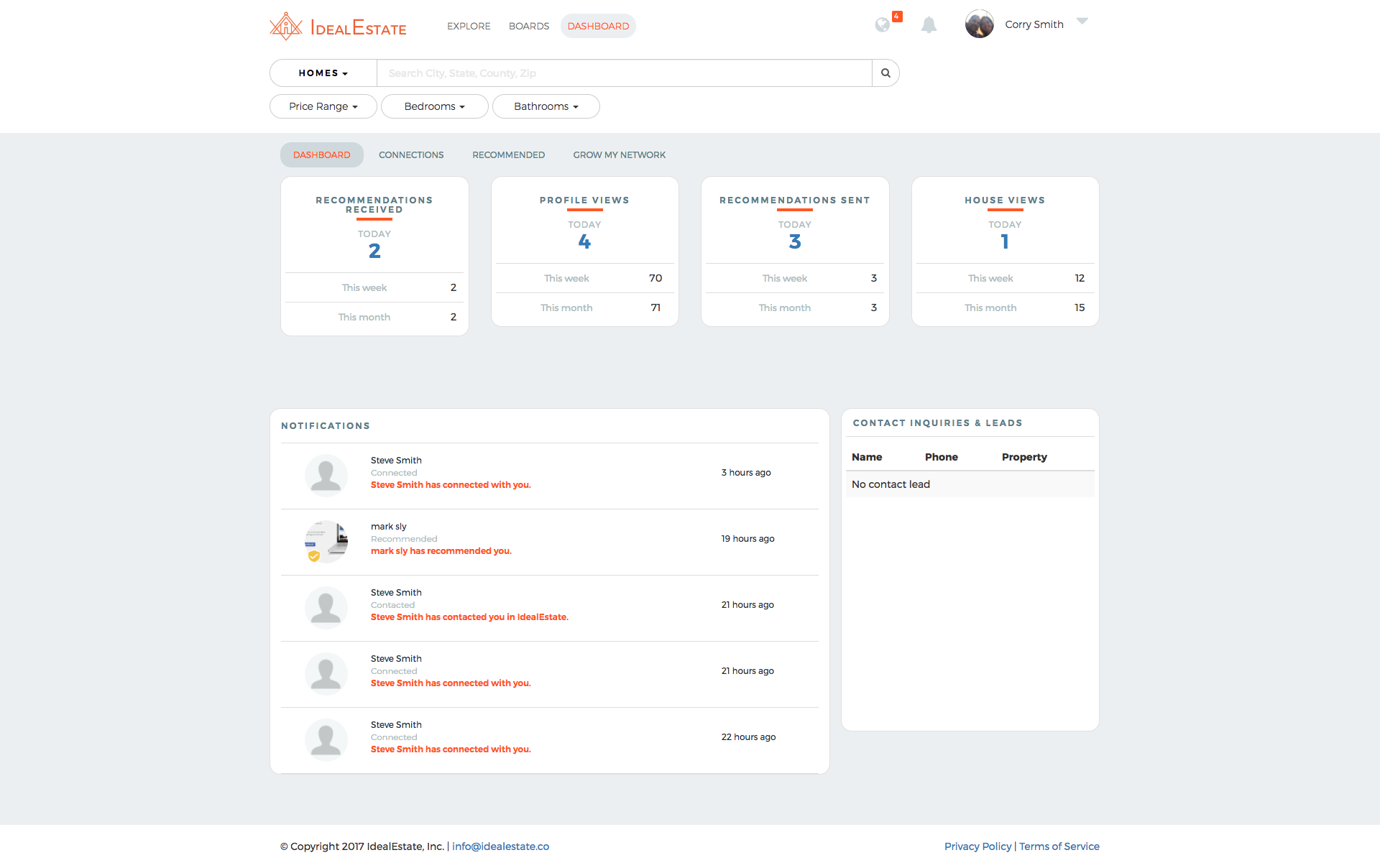 I envision agents using IdealEstate to replace “quick searches” right after meeting with a potential buyer. Instead of a link to a bunch of clinical MLS hotsheets, an IdealEstate board would be much more effective.

I grew tired of “new listing” emails after about one day during my recent home purchase. (Thanks — already saw it. Delete.)

Home shoppers can use the Explore feature to view listings within a larger radius of their market.

I like this feature a lot because as every agent knows, the right house will get a buyer to change previously un-changeable preferences. Maybe it is time to consider the next town over, or a place with a small farm. This is especially useful in markets with tight inventory constraints.

IdealEstate also includes a unique agent-crowdsourced property feedback feature. Every home is subject to a “Do You Think This Property Is Priced Correctly” button.

The idea is for agents to be held accountable for their market valuations. The survey is available to agents in their dashboard.

Like social media, the more active you are on IdealEstate, the more prevalent you and your listings will become.

What I like about IdealEstate is that it champions agents and makes searching for a home online fun, as opposed to a chore. It’s very non-aggressive and welcoming — buyers won’t feel like they’re trying to find a home.

When you see your IdealEstate invitation, accept it. Try something different for yourself and your clients.

Does HomeASAP's Search Alliance take power from the portals?

How quickly should you download the HomeASAP Agent App?