Photo by Dmitry Ratushny on Unsplash
by Amber Taufen
Share this article
You successfully shared the article.
Close

A home is its owner’s castle — and when kings and queens put their castles up for sale and then invite strangers to tour them, things can get a little blush-worthy. From falling down in front of clients to interrupting a shower to stumbling over, ahem, intimate accoutrements, there’s a ton of opportunity to embarrass yourself (or the seller) when a home is listed on the market.

A home is its owner’s castle — and when kings and queens put their castles up for sale and then invite strangers to tour them, things can get a little blush-worthy.

From falling down in front of clients to interrupting a shower to stumbling over, ahem, intimate accoutrements, there’s a ton of opportunity to embarrass yourself (or the seller) when a home is listed on the market.

We asked real estate agents and brokers in the Inman Coast to Coast Facebook Group to share their most cringe-worthy stories about showing homes for sale. Here are the highlights.

The emperor has no clothes

If you’ve never walked in on a seller in his or her birthday suit, then you might be in the minority as an agent.

Ontario agent Andrew Fogliato found one seller — “a 50-year-old heavyset man” — showering in the house when he arrived with clients. “We. Saw. Everything,” he said.”

The lights in the house were all off, so Fogliato went to investigate while his clients looked at the kitchen. “Turned the corner, door was wide open to the bathroom and there he was in all his glory.

“Was a fun feedback call from the listing agent,” he added.

Arlington, Virginia agent Coral Gundlach says she knocked out her obligatory naked-person story in her very first month on the job. “Showing instructions were just call and go. I left a message and didn’t hear back so we went,” she explained.

“I was with a very young couple buying their first home. A woman was in the shower! We didn’t see her in there; she came out in her towel — but OH BOY. The male buyer was wigged out and wouldn’t have bought the house if it was a dollar. Awkward.”

Michigan agent Gwen Daubenmeyer took two elderly buyer clients into a home with “snowbird” owners who were away for the winter, “so it was currently unoccupied,” Daubenmeyer remembered, “except for the, um…two people on the bear rug in front of the fireplace. And there was nowhere to run.”

Chicago broker Andrea Geller found a nude couple passed out in bed once — they were still recovering from the night before and (obviously) overslept until it was far too late to leave for the showing.

And some agents have been on the other side of the coin.

Kirkland, Washington real estate professional Jennifer Johnsen Cameron bought a condo in a new development once; she was one of the first purchases. “A broker was showing units and walked in to show mine while I was standing naked in my kitchen eating a banana,” she recalled.

Geller’s seen very personal items left out by accident, too — vibrators, namely. “These things are not embarrassing for me,” she added, “but it was for the seller.”

Toronto agent Ben Fenlon remembers holding an open house for another agent at a tenanted home. The listing agent “told me the tenants were being difficult,” he recalled “so she taped written notice of the open house to the front door days in advance.”

Fenlon arrived on a Sunday afternoon and started turning lights on. “The bedroom in the basement had three video cameras and lighting equipment, etc., on tripods — all facing the bed,” he described. “Hooked up to those cameras was a bunch of computer-related gear at the foot of the bed. In the middle of the room was a giant salad bowl full of condoms. … Was a little awkward showing couples with kids in tow the unique staging!” (The tenant, “aka amateur director,” claimed he hadn’t been notified.)

New Jersey agent Kim Basco had clients ask her “what is that hanging thing” when they encountered a “sex swing and accoutrements in the top floor of a Cape Cod.”

“The first floor of the house was all country cutesy … didn’t expect that,” she added.

On the flip side, Haysville, Kansas agent Kim Bischler couldn’t convince her listing client to remove their swing. The seller “refused,” she said.

Derby, Kansas agent Brenda Noffert was showing buyers a home “with two very large, elderly sellers who I was told could not leave because they were disabled,” she remembered. So they sat in recliners in the living room — where they were when Noffert’s buyers “opened the master closet and found every single sex toy on the planet, some “unclean.”

“They kept looking at the closet, then looking back at the homeowners. It was gross and unbelievable at the same time,” she added.

When you’re selling in a resort town, sometimes buyers just can’t help but test things out that maybe they shouldn’t.

Summit County, Colorado agent Tanya Delahoz found that out firsthand when she lost her buyer at a listing.

“I looked inside and outside for him for about five minutes — walking all around the property looking for him,” she said.

And she eventually found him — “naked, in the hot rub, enjoying the views.”

He told her that “he wanted to make sure he ‘felt like home’ in the house before making an offer,” she added.

Hobbs arrived at a home to turn on lights once when he almost stepped on “a big-ass loose boa constrictor.” (Not something you generally want to tread atop.)

“I passed my clients on my way out and let them know there was a loose boa and if they wanted to take a look around I’d be in the backyard,” he added.

Bischler also remembers a listing involving a homeowner who “had us show the house while she sat at the table with a loaded rifle in her lap.”

That’s … uncomfortable. “She grabbed it when we opened the door and never set it down,” Bischler described.

Sunny Lake in Katy, Texas says she’s fallen down more than once. “Driveways, stairs, bumps in the carpet.”

If (when) she hurts herself, though, she doesn’t let on. “I kept walking around trying not to limp and hoping I wasn’t visibly bleeding,” she said.

North Carolina broker Rosemary Buerger also cops to falling down on showings, as well as “locking myself out of the listing with my keys and phone inside.” (She says her list of embarrassing moments is a long one.)

“I walked into a basement closet looking for a light and stepped into an uncovered sump pump full of water,” she said. “The plumber pulled me out, but my shoe, sock and pants were drenched up to my knee. Took them off, washed off the muck, and went about my business with my mid-thigh length coat, but wearing one sock, one shoe and a bare leg.

“I had to meet an electrician, a waterproofer and other contractors, all in a very strange outfit, explaining that I fell into the sump pit,” she added. “The owners came home with four kids and the buyers showed up. It was an interesting day as I stood there with no pants on and a naked leg. Glad I had shaved my legs and had a nice pedicure!” (The sellers threw her pants in the dryer, so she got to wear them when she left.”

Christopher Lazarus in Berkeley, Massachusetts remembers setting off an alarm when showing a house. Never good!

But Lee Arnold in Fallbrook, California did him one better when he set the alarm off, quickly showed the house and then locked it back up before the cops arrived.

Nate Ryan in Minneapolis-St. Paul jumped right into a creek while he was trying to jump across it once. “#landagentfail,” he added.

“I showed up to the wrong house twice, two days in a row, with clients in tow,” revealed Southern California broker Juan Gabriel Molina.

The house had just gone on the market, and he assumed the listing agent hadn’t installed the lockbox yet.

“I called listing agent and no answer,” he added, “so I showed up the next day — again, no lockbox.”

But this time when he called the agent, he got an answer — the agent said the lockbox was on the front door. “I walked over to the corner and looked up — wrong street — the right house was on the street over.”

Missio Viejo, California agent Dan Smith backed into a tree once while reversing out of a driveway — with clients in the car.

And once, he “slipped on the top step of stairs covered in ice while locking up the door and ping-pong-balled down all 18 of them to the ground.

Did we miss the most embarrassing thing that’s ever happened to you while showing a house? Let us know what it was in the comments! 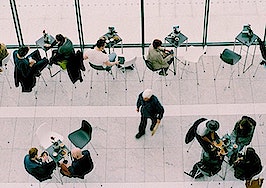 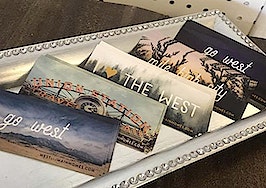 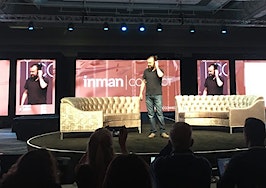