The Las Vegas Review Journal reported this week that earlier this month, a real estate agent was involved in a physical confrontation with a squatter who hit him several times with a rake.

According to court documents obtained by the Journal and reported by Max Michor, Tomarriane Wilson, 23, was arrested in conjunction with the fight, which occurred on the same day Wilson was told to leave the home he and others had occupied under a fake lease.

Wilson, his wife and two others initially cooperated with authorities when the lease they signed was proven to be falsified. However, when Wilson returned later to retrieve belongings, he was approached by the agent who, according to witness reports, blocked the garage with his car. Wilson stated he used the rake to defend himself after the agent threw a punch.

Reports stated the agent, a man in his 60s, eventually suffered a cut artery that required immediate surgery. Wilson was arrested and held in Clark County Detention Center.

Despite being years out of the recession, Attom Data Solutions reports that the number of empty Las Vegas homes is up from last year. A total of 14,334 houses sit without owner-occupants, putting Las Vegas at no. 35 on the national list. (Flint, Michigan is at the top, with almost 7 percent of its homes empty.)

Las Vegas, where I lived for four years starting in the midst of the downturn, has been a hotbed for squatter activity since the Great Recession. My wife and dog were attacked by a squatter’s dogs living a few doors down from us. The person packed up and left the house minutes after the attack while my 14-year-old dog was having his throat stitched back together and my wife was left nursing a severe bite to her arm.

The issue has become such a concern that a state law was passed in 2016 to combat it, essentially removing squatters’ right to a home, and local police have joined forces with real estate agents to execute a program called Squatter Spotters to identify homes being illegally occupied.

Doug Bradford, director of marketing and community engagement for the Greater Las Vegas Association of Realtors says agent safety is of the utmost importance to the organization.

“We put as much information out there as we can for our brokers to share with their agents,” Bradford told me. “For example, with the Squatter Spotter program, agents who suspect a squatting situation are provided forms to submit to metro, which in turn will address the matter within 24 to 48 hours. We stress that agents should never engage potential squatters.”

The issue in Las Vegas has become much more complex than people breaking in to crash on the floor for a few nights. Loosely organized crime rings have emerged, focusing on falsely leasing to otherwise innocent residents in need of a place to live. They have keys, official leases, a Craigslist account and, of course, open wallets.

Making these lease scenarios more enticing for unwitting occupants is the low barrier of entry to get inside. Scammers ask for little more than a deposit and a month’s rent, helping people avoid credit checks, addenda and other steps involved in a typical legal leasing process.

Beyond Las Vegas, squatting poses a serious safety risk for real estate agents nationwide, especially when occupants are under the impression they’re renting a home legally.

We all would do just about anything within reason to protect our homes; in fact, it’s the most common argument for people justifying why they own a firearm, according to a June 2017 Pew Research report.

Agents working on behalf of banks, investors and absentee homeowners are often charged with doing drive-by inspections or “poking around” a home they may be asked to sell. The risks can compound quickly when occupants see a stranger lurking around what they believe to be their house.

According to Inman’s special report on agent safety, nearly half (47.4 percent) of survey respondents said they would consider carrying a gun while on the job. That may be a smart decision in some markets because not all squatters are innocently taking over homes with fake leases. Many illegal occupants are breaking in to use homes as ad-hoc, low-level crime syndicate headquarters, fully aware they’re not supposed to be there.

Still, it remains significantly below where it was shortly after the recession and like many markets around the country, Las Vegas has very low supply.

I often entered apartments believed to be empty when I was selling multifamily properties, usually after assurance from property managers that an eviction took place. Our company’s policy involved printed notices a couple of days before visiting, followed by extensive knocking upon arrival before announcing oneself from the doorway with one foot firmly planted on the stoop, ready for take-off. (We sometimes sold some pretty sketchy places.)

I was fortunate enough to only suffer the momentary indignity (and admittedly, occasional enjoyment) of a few colorful cuss words augmenting the residents’ surprise to my having a key to their house.

While oft-repeated, personal safety should always be at the top of any agent’s list when preparing to show or inspect a home, when it comes to vacant homes, the best approach is to never assume it’s vacant.

If you do come across squatters, I hope all you hear are swear words, not the sound of something worse. 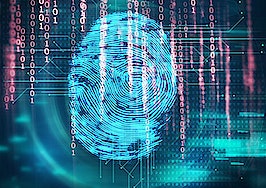 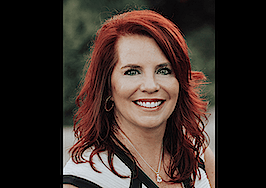 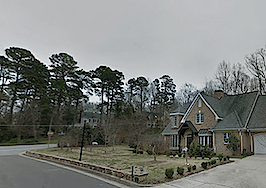