Existing-home sales increased 5.6 percent to a seasonally adjusted annual rate (SAAR) of 5.81 million in November — up from an upwardly revised 5.50 in October, the National Association of Realtors reported today.

‘Move-up’ buyers are driving the market

The median existing-home price for all housing types in rose 5.8 percent to $248,000, making November the 69th month in a row to see year-over-year gains. 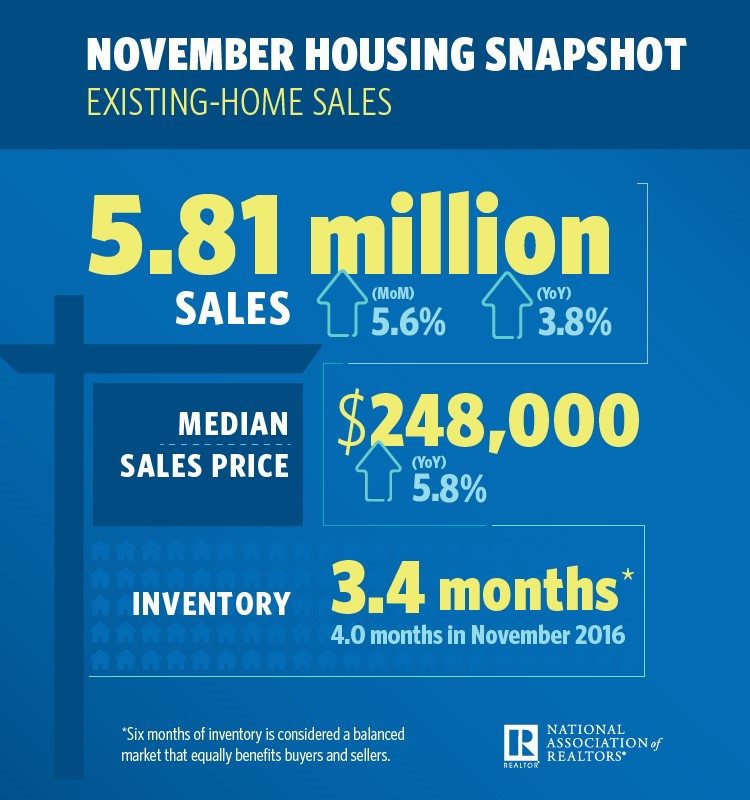 NAR Chief Economist Lawrence Yun says “move-up” buyers — who have hefty down payments — and all-cash buyers are driving the market, leaving first-time buyers who can’t compete in the dust.

“Faster economic growth in recent quarters, the booming stock market and continuous job gains are fueling substantial demand for buying a home as 2017 comes to an end,” Yun said. “As evidenced by a subdued level of first-time buyers and increased share of cash buyers, move-up buyers with considerable down payments and those with cash made up a bulk of the sales activity last month.” 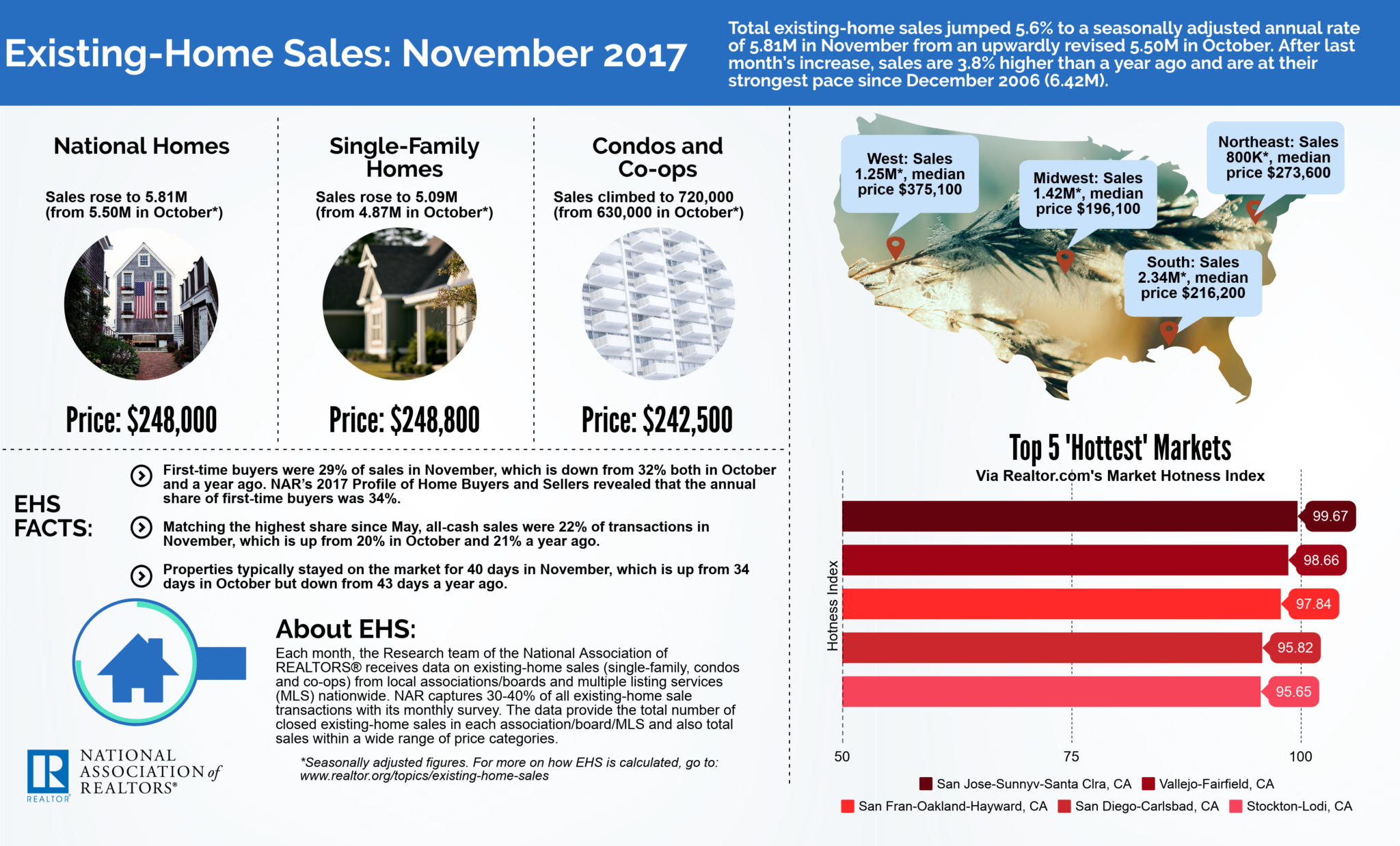 “The odds of closing on a home are much better at the upper end of the market, where inventory conditions continue to be markedly better,” Yun added. “The elevated presence of investors paying in cash continues to add a layer of frustration to the supply and affordability headwinds aspiring first-time buyers are experiencing.

“The healthy labor market and higher wage gains are expected to further strengthen buyer demand from young adults next year. Their prospects for becoming homeowners will only improve if more lower-priced and smaller-sized homes come onto the market.”

Distressed sales, which include foreclosures and short sales, were at 4 percent — unchanged from last month and a year ago. Three percent of October sales were foreclosures, and 1 percent were short sales.