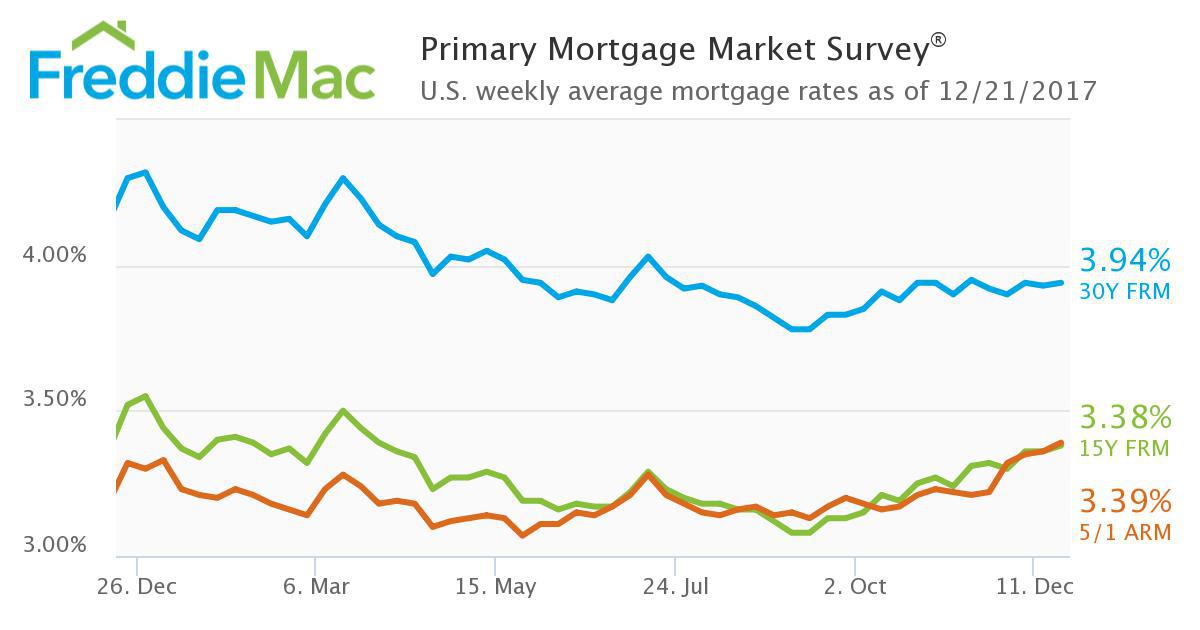 “The majority of our survey was completed prior to the surge in long-term interest rates that followed the passage of the tax bill. If those rate increases stick, we’ll likely see higher mortgage rates in next week’s survey.

“But even with yesterday’s increase, the 10-year Treasury yield is down from a year ago, and 30-year fixed mortgage rates are 36 basis points below the level we saw in our survey last year at this time. Mortgage rates are low.” 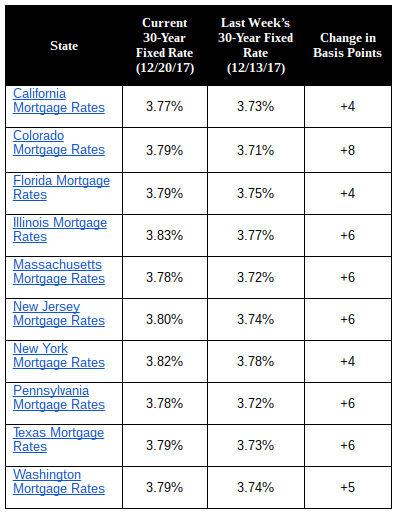 “After holding steady in a narrow range for much of last week — even after the Federal Reserve increased its benchmark short-term interest rate — mortgage rates increased sharply on Tuesday to their highest level since late October,” said Aaron Terrazas, senior economist at Zillow.

“While the increase coincided with the passage of tax reform legislation in Congress, the effects of the reform were already largely priced into markets. Beyond inflation and output data due later this week, markets should be relatively quiet moving into the Christmas holiday.

“Low trading volumes this time of year could exaggerate smaller movements that would not have as much of an impact during normal trading times.”

Black Knight (NYSE:BKI) is a leading provider of integrated software, data and analytics solutions that facilitate and automate many of the business processes across the homeownership lifecycle. ​

Black Knight is committed to being a premier business partner that clients rely on to achieve their strategic goals, realize greater success and better serve their customers by delivering best-in-class software, services and insights with a relentless commitment to excellence, innovation, integrity and leadership. 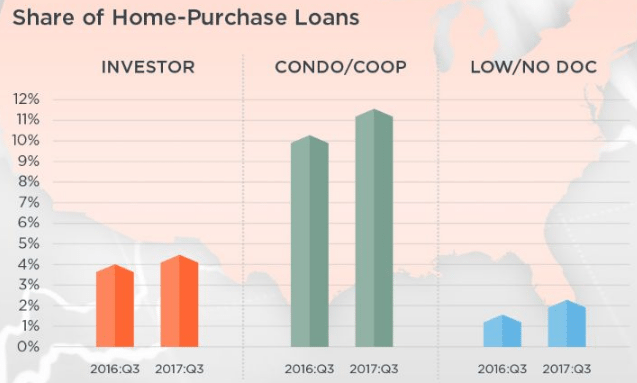 “The CoreLogic Housing Credit Index is up compared to year a ago, in part reflecting a shift in the mix of loans to the purchase market, which typically exhibit higher risk,” said Frank Nothaft, chief economist at CoreLogic. 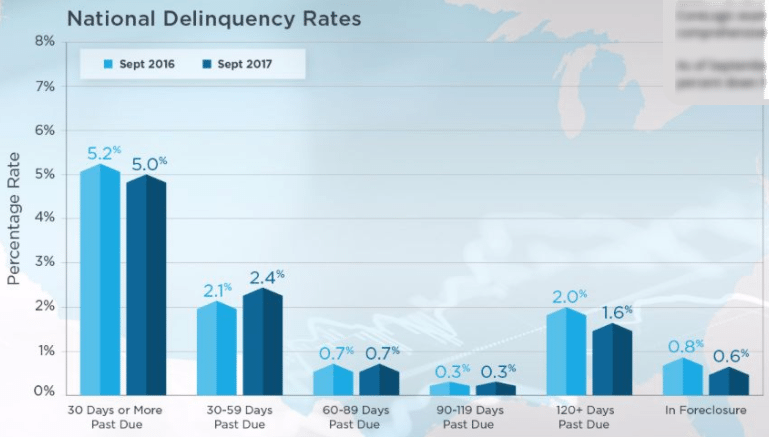 “September’s early-stage delinquency rate increased by 0.3 percent from a year ago, the largest increase since June 2009,” said Frank Nothaft, chief economist at CoreLogic.

“This does not reflect a deterioration in credit, but rather the impact of the hurricanes in Texas, Florida and Puerto Rico. September’s early-stage delinquency transition rate rose to 2.6 percent in Texas and it rose to 3.2 percent in Florida, which is higher than the 1 percent that’s typical for both states.