The nation’s population of renters, a third of American households, decreased modestly for the first time in 13 years as declining foreclosure rates and steadily rising rent helped reduce the number to 43 million in the first half of 2017, down by about 500,000, according to a report by apartment listing service Abodo.

Overall, rent spiked in 28 states, with New Orleans, Reno, Honolulu and Seattle all experiencing increases of more than 2 percent, and New Orleans, in particular, seeing a 4-percent bump.

“Two-bedroom rents exhibited similar stability through the first quarter before more sharp increases in the second,” according to the authors of the Abodo report, released on Wednesday. “After a pause in the late summer and early autumn, two-bedroom rents, like one-bedroom rents, saw their greatest hikes in the last three months of the year.”

Foreclosure rates, meanwhile, hit an 11-year low in the third quarter of 2017, an indication that fewer homeowners were moving — reluctantly, perhaps — to rental units upon losing property.

Despite rising rental rates, the decline in renters in 2017 may be an anomaly, according to a separate report issued Tuesday by the Joint Center for Housing Studies of Harvard University.

Rental households are projected to grow by 13.6 million between 2015 and 2025 as aging baby boomers and millennials drive new growth in the market, according to the Harvard study.

“Over the next 10 years, the younger half of the millennial generation — the largest generation in U.S. history — will move into their 20s and 30s, the age groups most likely to rent,” wrote the authors of the study. “In addition, minority households are expected to account for nearly three-quarters of household growth in 2015–2025 and fully 90 percent in 2025–2035.” 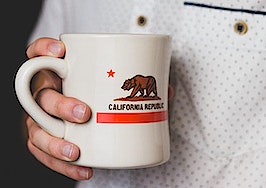 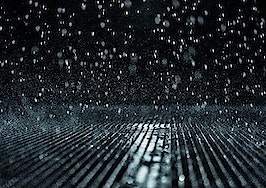 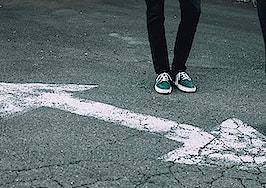 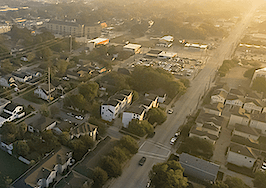