by Ann Turner
Share this article
You successfully shared the article.
Close

It is safe to say the millennial outlook on preferred locations for living and working has had a big impact on corporate America, and subsequently the commercial and residential real estate market.

It is safe to say the millennial outlook on preferred locations for living and working has had a big impact on corporate America, and subsequently the commercial and residential real estate market.

With major city hubs such as Seattle, Chicago, Portland and Denver drawing in a record-breaking influx of young talent, businesses are rethinking where they plant their headquarters.

As the location battle for Amazon’s second headquarters trudges on with the recent release of its 20 finalists, people are starting to speculate what impacts the digital titan will have on the winning city, and in turn, housing prices.

A walk down memory lane

To make any predictions about how Amazon’s relocation will affect the city it lands in, we must first reflect on how communities have been impacted by similar events in the past.

Amazon sparked an economic boom in Seattle when it planted its first headquarter location, generating more than 40,000 jobs, adding over $30 billion to the economy and as much as $55 billion more in derivative benefits.

Those benefits also came at a cost. To contribute to the extreme issues of homelessness that Seattle has been experiencing since it declared a state of emergency in 2015, rent in locations such as King County have doubled in the past 20 years and skyrocketed 65 percent since 2009.

Seattle now spends more than $60 million annually to address homelessness, up from $39 million four years ago, according to the Washington Post.

Another good example of this is when Toyota opened its new North American headquarters in Plano, Texas, last year, employing about 4,000 workers.

Across four of the five Plano ZIP codes, median home sale prices increased, some reaching as high as a nearly 20 percent increase in June of 2017 compared to the same time in 2016, according to data from the Collin County Association of Realtors.

How will winning affect market economy and home values?

I can speak to the metro-Denver market as a case study example. Denver holds a coveted city for the millennial lifestyle. This can be illustrated by the 11.84 percent increase in home price and 3.01 percent decrease in home inventory year-over-year, according to the February 2018 Denver Metro Association of Realtor’s (DMAR) monthly market trends report.

In fact, Denver Mayor Michael Hancock and other city officials frequently cite an influx of 1,000 newcomers moving to the city per month as shorthand for the city’s long-sustained growth.

Denver provides millennials the allure of a fast-paced work culture and the balance of an active and outdoor lifestyle. That’s why big corporate entities such as Home Advisor and Charles Schwab have taken the plunge to either expand operations or relocate headquarters to minimize company overheads and take a sip from Denver’s thriving talent pool.

With the final location still in flux, it is no surprise that people’s minds are starting to wonder how the digital trailblazer’s headquarters would impact housing prices in Denver — or any “winning” market for that matter.

Although there’s no way to definitively predict the impacts of Amazon’s migration, per recent Denver Metro Association of Realtors social media polls through both Facebook and Instagram, a whopping 90 percent of respondents concur that Amazon’s HQ2 will drive up home prices in Denver.

As we eagerly await Amazon’s decision for its second headquarter location, explore the pros and cons in preparation for dialogue around the topic in the event that your market is selected.

Although there would certainly be many economic benefits of having a major corporation, such as Amazon, establish a presence in your city, there are also factors to consider that directly impact a real estate market.

Ann Turner is the chief executive officer at the Denver Metro Association of Realtors (DMAR). You can follow DMAR on Twitter at @DMARealtors. 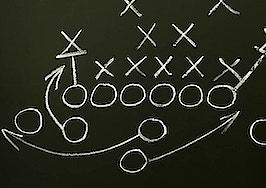 What booming cities can learn from Denver's playbook 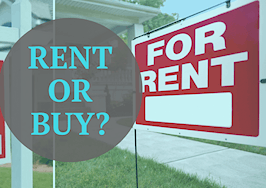 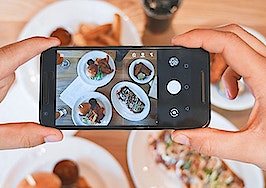 How to rock social media with less effort 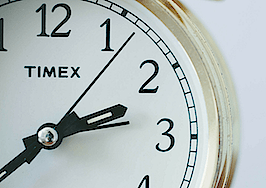 A day in the life of two top producers