Cartus, a Realogy company, is rolling out its new analytics system in partnership with Ironside to better evaluate the moves and expenses of its customers.

As part of a push to bring more tech to the forefront of its business model, Cartus Corporation recently announced it will begin using predictive analytics to help its customers — other businesses — with their employee relocations.

Cartus, a Realogy company, is rolling out its new analytics system in partnership with the firm Ironside to better evaluate the moves and expenses of its customers. The two companies will tap into Cartus’s database of 2.3 million relocations to better predict the cost and impact of future moves.

The new system, which will be rolled out throughout 2018 and included in Cartus’s current costs to customers, will look at the company’s data from the last 30 years, focusing on the the last 15 years in particular. By analyzing this data, Cartus hopes to be able to predict the risks and benefits of any customer’s employee relocation before they actually undertake it–including everything from total cost to employee satisfaction and retention.

“Those are the areas that in large part give a company vital information not only on costs and areas of potential improvement for their program but on ROI [return on investment]–the likelihood of retaining that valuable talent through, and past, the assignment,” Neil Bussell, Director, Business Intelligence and Data Management at Cartus, told Inman.

Along with all of the company’s past relocations, the data will include approximately 80 million online expense reports and other financial transactions and 7,700 different country move combinations.

The predictive analytics solution is part of the company’s new Leading Edge Analytics Practice (LEAP) program, which will start with the launch of an interactive timeline that maps key milestones in an employee’s moves across a screen.

“We’re really looking at all of our data in aggregate,” Jennifer McCarthy, Vice President of Global Marketing for Cartus, told Inman.

Realogy, the real estate giant behind Cartus and other industry staples such as Century 21 and Coldwell Banker Residential Real Estate, has been focusing on bringing more tech-related products and services to its brands in order to keep up with competitors.

“It really is the beginning of some major innovations that Cartus will be launching in terms of technology,” McCarthy told Inman.

The innovations are also part of a larger shake-up at the parent company, which Ryan Schneider as its new CEO last month. Since taking the helm, the former Capital One exec appointed new people in leadership positions across brands like Coldwell, Corcoran, Sotheby’s and Cartus. 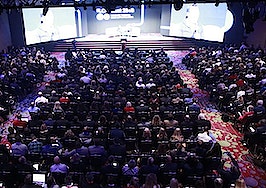 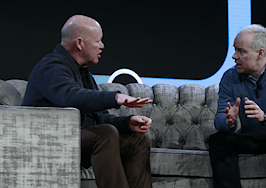