Purplebricks, the fast-growing flat-fee real estate brokerage that launched in the United States just over six months ago, is facing regulatory scrutiny over misleading advertising in Australia.

Purplebricks, the fast-growing flat-fee real estate brokerage that launched in the United States just over six months ago, is facing some troubles with advertising in its older markets abroad.

The U.K.-based company faced a slap on the wrist for its marketing in the United Kingdom in July. This week, the company’s Australia division incurred a A$20,000 (nearly $16,000 U.S.) fine for misleading marketing.

The Queensland Office of Fair Trading, an Australian state agency, told Purplebricks it violated the 2014 Australian Consumer Law and the Property Occupations Act.

Australian consumers complained about misleading advertising that promised “low, fixed fees.” Consumers said they weren’t made aware that they had to pay their Purplebricks listing fee even if their property didn’t sell or services were canceled. Queensland also penalized Purplebricks for regulatory violations about where in Australia it had a bank account and use of its software.

The real estate startup charges a flat fee–$3,200 in the United States. In return, sellers get online listings, a local real estate agent working on their listing, and signage. The fee is paid before a home sells, and is not refunded if it doesn’t sell.

“Queenslanders have the right to expect that real estate agents will make accurate and honest agreements with their clients,” Queensland Fair Trading Acting Executive Director Craig Routledge said in a statement. “If real estate agents breach laws and industry regulations, the OFT will not hesitate to investigate and pursue if required.”

“We can’t use that word over here because it sets up the idea in people’s minds that there’s no commission at all,” Purplebricks U.S. Chief Marketing Officer Jonathan Adler told Inman in an interview. “It’s a different business model in the U.S. and we have to be really, really careful.”

Purplebricks’ U.K. division faced another crisis that its U.S. staff said would not extend stateside last month. Research by the firm Jefferies found that Purplebricks only sold about 50 percent of the homes it listed, compared to the 78 percent advertised. Purplebricks denied those claims in the U.K., and experts speculated that the public nature of the U.S. multiple listing service system would keep a similar discrepancy from emerging here.

The concerns over marketing aren’t quite the same as sales discrepancies, especially since creative themes run through Purplebricks ads globally. But the startup is attempting to make sure its U.S. ads account for the realities of the American real estate market and its regulations.

And in Australia, Purplebricks has adjusted its wording in a “small segment of the market” in response to the penalties from the Queensland government, Purplebricks U.S. CEO Eric Eckardt told Inman. 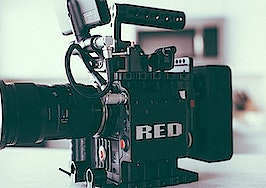 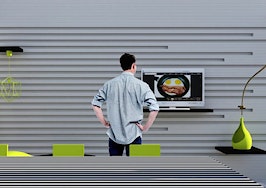 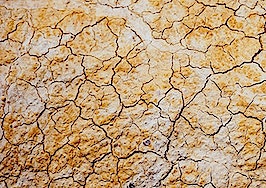 How the inventory shortage is throwing a wrench in my business