UPDATE: The Austin bombing suspect was cornered by police on the morning of Wednesday, March 21, and killed in an explosion in his vehicle. Read the latest here.

Austin residents, including many local real estate agents, are grappling with the news that another bombing occurred in their city on the night of Sunday, March 18 — the fourth such explosion in less than a month.

This latest explosive was a “sophisticated” device placed outside and detonated by a tripwire, according to Austin police and The Washington Post, and marks a chilling change in tactics following the three other package bombs that exploded earlier this month, killing two people and injuring a third, prompting police to warn on Monday that a “serial bomber” was at large in the Texas capital. No suspect has yet been publicly named, let alone apprehended.

The latest explosion injured two young men in the well-to-do neighborhood of Travis Country, far from the sites of the other explosions which happened in East Austin, and caused police to warn residents to stay inside until 2 p.m. Eastern today. A number of area real estate agents contacted by Inman described the site of the latest bombing — and Austin more generally — as a place where people don’t lock their front doors, or even their cars, at night.

Blackburn Properties’ Realtor Molly Austin, who shares her surname with her home city and lives in Travis Country, was at a friend’s place when she learned of the bombing last night. Back at her house, her teen daughters invited over their elderly woman neighbor to make her feel safe. “She was shaky,” Austin told Inman.

At times like this you hear about the near misses. Austin told Inman she had a friend who cycled down the road where the bomb was located just 20 minutes before it was set off at the roadside.

Speaking from her Travis Country residence today, Austin (the agent) said she was keeping her freshman daughter at home today. She also heard speculation that the bomb’s tripwire had been attached to a fake Realtor sign. A spokesperson for the Austin police department told Inman that they were looking into reports about the fake Realtor sign but were unable to provide further information at the time of this article’s publication. Inman will update this article if and when we learn more.

If there is one grim reason for hope among the tragedies and ongoing threat, according to Molly Austin, it’s that the latest bombing appears to sow doubts to earlier suggestions that the perpetrator (or perpetrators) were acting out of hatred towards minorities (the two victims killed in the first two bombings on March 2 and March 12 were black and members of the same church, while the third bombing injured a Hispanic woman, according to NBC News).

The fact that the latest victims were white and seemingly targeted at random throws the case wide open in terms of what was motivating the bomber, as a number of law enforcement agents have said in interviews with other outlets.

“Truly I’m glad it waters down the whole racist thing,” Molly Austin told Inman. “We are all vulnerable, we are all one person.”

Austin (the agent), who has three listings currently active in the upmarket Travis Country neighborhood, said she couldn’t help but feel concerned with the news because she has a house “queued up”  to come on the market in the next week, just near the site of the crime, which was in an open space on Republic of Texas Boulevard.

On one property under offer, she emailed the buyer’s agent seeking to reassure them with the hope that this was a one-off incident.

“I’m still going to live here and still feel safe here,” Austin said. “I can’t let one instance of evil rule my life. It’s time to hunker down and be neighborly and be sweet.”

Meanwhile, police have put out a call to Austin residents for surveillance footage, according to the local newspaper the Austin American Statesman.

April Womack, an agent with Morehouse Properties, told Inman in a phone interview that homes in Travis Country and Southwest Austin were more likely to have surveillance cameras at their front door. It shouldn’t have been easy for someone to drop off a parcel unmonitored.

Showing homes this afternoon, Womack said she would be taking more care especially working with buyers bringing children, making sure they were keeping a close eye on them, she said.

“In and out of cars and houses all day long, sometimes we may be the first ones to enter a house that no one has entered for days or weeks,” Womack said. “This adds an extra dimension of fear for us.”

Speaking more broadly, Womack was distraught about what the bombings meant for morale in Austin.

“It makes me sad,” she told Inman. “I have lived here my whole life and this is evidence that our little sweet safe town is not in a bubble anymore. It’s become enough of a melting pot here where there are a lot of amazing wonderful artists and tech but we are getting our fair dose of the crazy people, too. You can’t have one without the other with growth.”

Emily Chenevert, interim CEO of Austin Board of Realtors (ABoR), meanwhile said the trip wire that detonated the bomb added “a new element of danger” to real estate agents in Austin.

“As Realtors, it’s not uncommon for us to pick up a package at a listing and take it to the seller’s home for them,” Chenevert pointed out. “ABoR is encouraging all of our members to take extra precaution when showing listings and report any suspicious packages they find.”

The Austin American-Statesman has created a useful guide for identifying a suspicious package, which ABoR was encouraging its members to share with their clients and colleagues.

“In today’s world, we should never assume that any place is safe. It’s always best to be aware of your surroundings, no matter where you are,” Chenevert said. 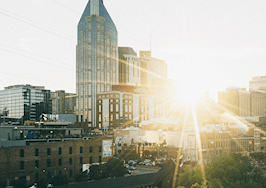 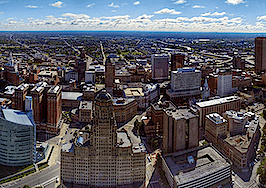 These are the best US cities for a fresh start, study finds 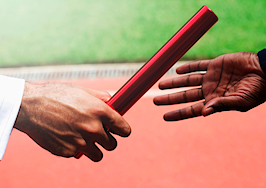