“Our markets are not contiguous, but our energy, approach and overall vision of service do overlap. Our MLS DNA is similar and lends the ability to accomplish more, quicker and efficiently with a combined effort.”

Large multiple listing services (MLSs) are finding new ways to collaborate, even when they don’t share geographic borders. On Monday, the Arizona Regional MLS (ARMLS) and Metro MLS in Wisconsin, the largest MLSs in their states, announced they are forming a strategic joint venture with a focus on technology and innovation for the sake of their members and to advance the greater MLS industry.

“Our markets are not contiguous, but our energy, approach and overall vision of service do overlap,” said the MLSs, who responded to Inman’s questions collectively in an email. “Our MLS DNA is similar and lends the ability to accomplish more, quicker and efficiently with a combined effort.”

ARMLS, which has 38,000 broker and agent subscribers, and Metro MLS, which has 7,200 subscribers, will own the joint venture 50-50. No official launch date has yet been set, but the MLSs are in the process of formalizing a business plan, which their respective boards of directors will vote upon within the next month, the MLSs said.

In a website created for the venture, OurMLSDNA.com, the two MLSs noted their similarities, including the same MLS system (FBS’s Flexmls), an association shareholder ownership model, and the same level of data standards compliance.

Agents and brokers that belong to ARMLS won’t have access to Metro MLS data and vice versa, “but it may be possible in the future for agents who are licensed in both states to access both MLSs in one system,” the website said.

The MLSs have committed to merging their respective in-house public records operations (Monsoon for ARMLS and WireData for Metro MLS) to improve collection processing and delivery. By doing so, they hope to make subscribers more knowledgeable and able to take a stronger approach as consumer advocates.

The two MLSs will remain separate entities and “although they do not have any plans to dissolve, they are open to the progress of the joint venture,” the MLSs told Inman via email.

“With a combined effort we can deliver cost-effective benefits and services to all brokers and agents within the ARMLS and Metro MLS families,” the MLSs said. “For example, on the micro level we will expand tech support hours, develop data efficiencies, further develop public record data, increase staffing and implement shared resources. On a macro level, we can architect new products.

“It’s economies of scale, intellectual power, and an all-hands-on-deck approach to productivity,” the MLSs added.

“We believe our purpose, although rooted in providing cooperation and compensation in the marketplace, goes beyond MLS service. Our purpose is to provide a complex network of solution-based benefits and products, provide unparalleled data integrity and service to our subscribers,” they said.

“We believe in action, and the industry has demanded change for a while now and we want to be part of progress. Through further industry consolidation, we have a commitment to help cement the future of our MLS markets regardless of the direction the industry may take.”

The MLSs’ shared vision of the future emphasizes the need to move quickly — something MLSs as a whole tend to struggle with, according to many voices in the industry.

“Our vision of the MLS of the future is an agile organization that can serve beyond the needs of a diverse subscriber and participant base. It will proactively evolve and innovate together to provide solutions that fit the brokers and agents businesses, in a way that would not be accomplished as individual MLSs,” the MLSs said.

Asked how they expect the partnership to grow in the future, Metro MLS and ARMLS said they weren’t “dictating a finish line” and that “partnership objectives are fluid.”

“Our primary goal is to get started on a few immediate ventures and provide some results. Next, we’ll advance by expanding our goals to include more complex projects. The truth is, we don’t know how far this will go, we are open to continued collaboration as we combine our organizations, as long as it serves the greater good. We are excited about the unknown.” 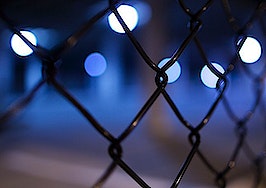 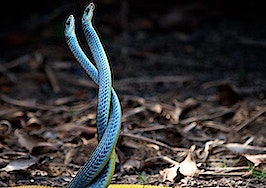 Why associations need to consciously uncouple from MLSs 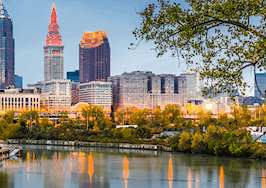