Chelsea Goyer said she was honored to be asked to join the board and is hopeful Redfin’s perspective and technical expertise can be helpful.

Broker Public Portal — the collectively owned and operated public-facing multiple listing service (MLS) — is welcoming new four new appointments to its board of members on Monday, replacing four outgoing members. And the big news this year is that an executive at Redfin is among them.

The board’s new members are:

“Bringing Bill, Kathleen, Chelsea and Christina onto our board is an incredible addition of outstanding talent in both breadth of perspective and depth of knowledge,” said Merle Whitehead, chairman of the BPP and chairman of New York State of Howard Hanna Real Estate Services, in a statement.

“Together, as a board, we will continue to make sure BPP continues to deliver and improve what millions of consumers and hundreds of thousands of agents have demonstrated they want,” he added.

BPP was built with the intention of giving the industry a public-facing MLS. In 2016, it partnered with Homesnap, a mobile search tool, and together, the two achieved that goal.

The board — which manages BPP’s contract with Homesnap — consists of a “fair and balanced group of executives,” and has staggered two and three year terms in each category. It’s made up of five representatives from large brokers, three from medium, two from small, two from independent managers and four from multiple listing service organizations (MLSs).

Departing the board are Cameron Paine, formerly of Smart MLS; Cary Sylvester, formerly of Keller Williams; Richard Haase formerly of Latter and Blum; and Mitch Ribak of Tropical Realty. 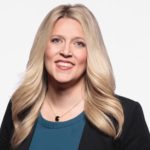 “We are deeply appreciative of all of these past board members for all of the time, energy and contributions to the success of the BPP,” Whitehead said.

Goyer’s addition to the board is perhaps the most interesting. Redfin, in theory should be one of Homesnap’s — the partner and public face of BPP — biggest competitors. However, there’s a key difference between Redfin and other home search competitors like Zillow and realtor.com: Redfin is first and foremost a brokerage.

Victor Lund, a founding partner of real estate consulting group WAV Group and a consultant for BPP, said that the biggest complaint they get from agents and brokers in the industry is that BPP will create competition for the brokers and agents own websites. One might expect Redfin to feel the same way and thus not want to support BPP, but that’s not the case.

“Redfin is very much a collaborator in the industry they support these industry initiatives,” Lund, said. “Contrary to what you imagine, [Redfin is] like ‘no we collectively as a group of brokers need to deliver something better for the consumer, and this is it.’”

Lund explained that when someone wants to buy one of Redfin’s homes in particular, they’ll go to Redfin. But if that same individual is just searching broadly for homes from all potential brokerages, they want a better experience, and Homesnap is exactly that.

Goyer said she was honored to be asked to join the board and is hopeful Redfin’s perspective and technical expertise can be helpful.

“​We believe in an ecosystem that treats every brokerage fairly, regardless of its size or business model,” she said. “More data and more competition are good for consumers.”

“We support the BPP’s commitment to fair display guidelines and the concept of a portal that gives every agent an equal opportunity to promote her own listings,” she added. “Not every brokerage has the resources or inclination to create its own proprietary website or mobile app, and the BPP plays a valuable role in providing technology and visibility to brokerages large and small.”

The announcement of a new board comes at a time of tremendous growth for BPP and Homesnap. In February, Homesnap received $14 million in Series B funding, bringing its total capital raised to $32.8 million.

The next step is working alongside data and software companies Paragon, CoreLogic, Rapattoni, FBS and Navica to integrate Homesnap where the MLS choses to do so as the delivery platform for automatic alerts, Lund said. He admitted it’s not an easy task but something they’ll be working on into 2019.