by Engelo Rumora
Share this article
You successfully shared the article.
Close

Cryptocurrencies — bitcoin in particular — are all the rage right now. If you’ve been holding the conversation at arm’s length, thinking it’s a fad that would quietly fade, it’s time to start paying attention.

Cryptocurrencies — bitcoin in particular — are all the rage right now. If you’ve been holding the conversation at arm’s length, thinking it’s a fad that would quietly fade, it’s time to start paying attention.

Even if you haven’t chosen a side in the bitcoin debate, it’s important to understand the underlying techno framework because this whole blockchain world we are entering is truly the wave of the future — many are calling it “The Second Internet.”

I’ll wager that you’ve heard plenty about bitcoin, but maybe not so much about ethereum, dash, ripple or the many other cryptocurrencies out there — and there are hundreds of them. For simplicity’s sake, I’m going to lump them all in as bitcoin, kind of the way tissues are called Kleenex, or sodas are referred to as Cokes, even though those in themselves are singular brands. Because my point is not to talk about the merits of this cryptocurrency over that one, but to offer some general thoughts and then move on to the bigger and more foundational topic: blockchain.

There are many reasons to be wary of bitcoin — I’ll give you my top three — but the underlying technology, now that’s something to get excited about!

Why you should be wary of bitcoin

1. Far and away, the main reason to avoid jumping headfirst into bitcoin is its volatility. It’s absolutely insane! I first became aware of bitcoin about five years ago, when its value skyrocketed to around $1,000. When it tanked, I let it go by the wayside and didn’t think much about it.

Then the rollercoaster really took off several months ago, and the price skyrocketed to around $20,000 before tumbling down to its current value of $9,252.94.

2. Because the notion of digital currency is still so new and uncharted, it is largely unregulated, and therefore, prone to scams and fraud. The Commodity Futures Trading Commission has warned investors about various “pump and dump” schemes, in which scammers spread false information to inflate cryptocurrency tokens’ value and thus rip off unwary investors.

And now the Securities and Exchange Commission, which previously said cryptocurrency investors might be delving into securities trading, has announced a broad investigation of the industry; dozens of subpoenas have been issued so far.

3. Emotion has no place in making smart investment decisions. I’m seeing far too many people fall victim to FOMO, or the “fear of missing out.” That’s what sent bitcoin’s value to unreasonable heights in the first place, with each new investor paying more than the last to get on this bandwagon. But what goes up will come down, as so many found out.

How much are you willing to risk?

Now, with all that said, I do believe that out of the hundreds of bitcoin wannabes, we are going to see the strongest survive and thrive. Because as I already mentioned, the technology upon which all of this is built — blockchain, that is — is revolutionizing how business is conducted.

Realtors, brokers, title agents and everybody else who’s part of the real estate industry should brace themselves for massive change.

Why is blockchain so great?

Blockchain technology offers a way to securely record transactions in real time by stringing each transaction into a linear ledger (chain of blocks) that is tamper-proof, standardized and transparent, not to mention efficient.

Think about how real estate transactions have been handled for hundreds of years: buyers and sellers, yes, but also innumerable middlemen and third parties playing their roles, performing their own analysis and due diligence — gumming up the works and lengthening the amount of time to get each deal done.

With blockchain’s decentralized system, the information is available to multiple authorized parties in real time, enhancing the security of the data and speeding up its dissemination. The authorized users agree on the legitimacy of a transaction, which then becomes a permanent record, added to the next block in the chain.

Companies and organizations in wide-ranging areas of business are recognizing the potential for advancement — through disruption — of long-held yet inefficient operational methods.

Let’s use a typical real estate transaction as an example:

When homeowners decide they want to sell their house, they contact a real estate agent (Agent A) and sign paperwork to seal their agreement and memorialize the details. Agent A inputs the particulars about the property into the proprietary multiple listing service (MLS) so that buyer’s agents can match it up to what their clients are looking for.

If buyers want to make an offer, they work with their agent (Agent B) to write a proposed contract, which Agent B then shares with Agent A. Then Agent A contacts the homeowners so they can look over and consider the offer. There may or may not be counteroffers, but you can see already the inefficiency in this business model.

Before we fast-forward to the closing table, there are numerous other parties involved, including appraisers, inspectors, mortgage officers, title companies, etc. Each one is creating paperwork that gets passed from this party to that party and is subject to interpretation, fraud and theft, among other things.

Once we finally get to closing, you may see an actual paper check pass from one side of the table to the other, and there definitely are pages upon pages upon pages of documents that require signatures. Then all of that has to get filed at the county courthouse (where documents have been known to disappear), and oh my gosh, I’m exhausted already!

Now, consider how blockchain will simplify all that:

All data (property particulars, price, proof of ownership) is recorded and saved in a single database that is accessible to all parties — no paper necessary. And there can be no misunderstanding about when something was done or by who, as it is right there in the database for all to see (transparency).

Information that up to now has been restricted and slow to make its way through the system (think property titles and deeds) is accessible, secure and traceable. Fund transfer is safe and instantaneous, no matter how geographically far apart buyer and seller may be.

Is it any wonder that businesses are clamoring to be part of this brave new world from the get-go?

What’s in store for the future

According to an article in MReport, IBM has more than 400 blockchain projects with more than 60 forward-looking companies, both within and outside of the financial sector. Bank of America, the MReport article also notes, has applied for or received at least 43 patents for blockchain.

Its applications include accounting of currency, assets and various data as well as the development of even more sophisticated applications on top of blockchain itself — which brings us back to bitcoin.

While the world of cryptocurrency as it currently exists is a bit like the Wild West, this technology will fulfill its promise of innovation and disruption as it continues to mature. Cautious observation is a valid response for now, but keep a close eye on developments so that when you do jump on the bandwagon, it’s out of sane, rational and objective research rather than emotions and a fear of missing out.

Blockchain, I guarantee you, is here to stay.

Engelo Rumora is the founder of List’n Sell Realty in Ohio. Follow him on Facebook, or connect with him on LinkedIn. 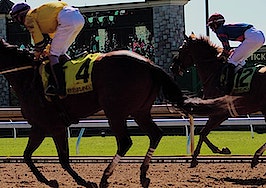 How to keep up with 3 disruptive technologies 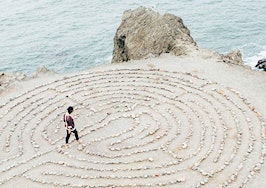 Haven’t found your ‘why’? Don’t give up 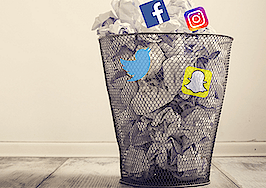 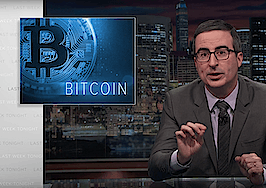