Laurie Lundeen of Green Valley, Arizona, became a top producer after developing her own software solution.

Given her production, agents are surprised to learn Lundeen doesn’t lead a team. She doesn’t work with a transaction coordinator, nor does she have a buyer agents chasing down leads for her. Laurie doesn’t have an assistant of any kind.

She does it all on her own.

For the last two years, Laurie has been working with Chetu, a software development company she met at Inman Connect, to compose a specialized listing and transaction management system that could compliment the way she ran her business. 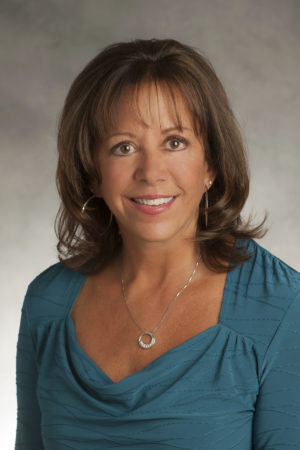 “I wanted it to be just like looking at file folders,” she said during a demo. “Open it up, and everything you need is right there, every transaction I’m working on.”

OMS is a fairly advanced solution for being the result of such a small development team with limited resources. Most software solutions that do what OMS does cost significantly more to build than the $225,000 Lundeen invested.

The most important jumps in the product’s development came as a result of her using it while it was being built. “I learned exactly what I would need it to do,” she said. “Testing was important.”

The Matrix feature is the heartbeat of OMS, providing an in-depth look into every deal Lundeen has in the works, tracking deals in escrow, active listings, checklists and listing deals in progress.

Whereas some agents may want software that floats only the most pressing deals to the top of a dashboard, Lundeen very much appreciates the big picture, choosing instead to look at everything going on at one time. Software, after all, has to match the way its users think and work.

Lundeen, a diligent record keeper, was able to implement historical transaction data all the way back to 2001, giving OMS powerful reporting capabilities. 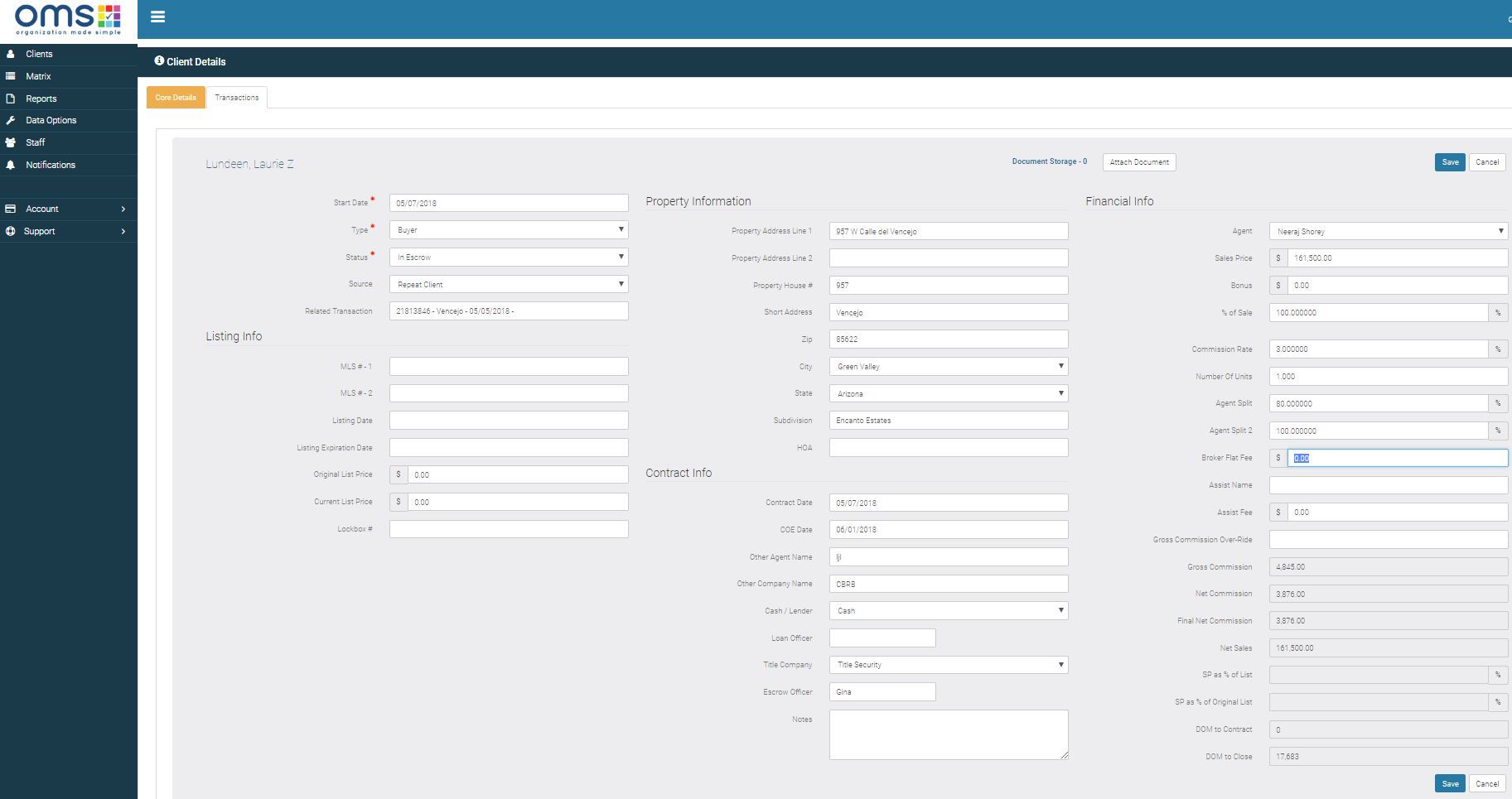 “The past also helps me understand how the market is changing. I can look at average list prices, average sale prices … data is king,” said Lundeen. “I know how many houses I sold in any three-month span since I’ve started.”

The software employs a custom color-coding interface to signify what needs to be done, filled-in or changed. The administration suite is very detailed, allowing Lundeen control over every field, color assignment and data entry parameter.

Individual transaction screens intricately break down deals, and when completed, finalize the financials too. OMS calculates splits, gross and net commissions, and any fee payouts. It can handle an unlimited number of document uploads too. 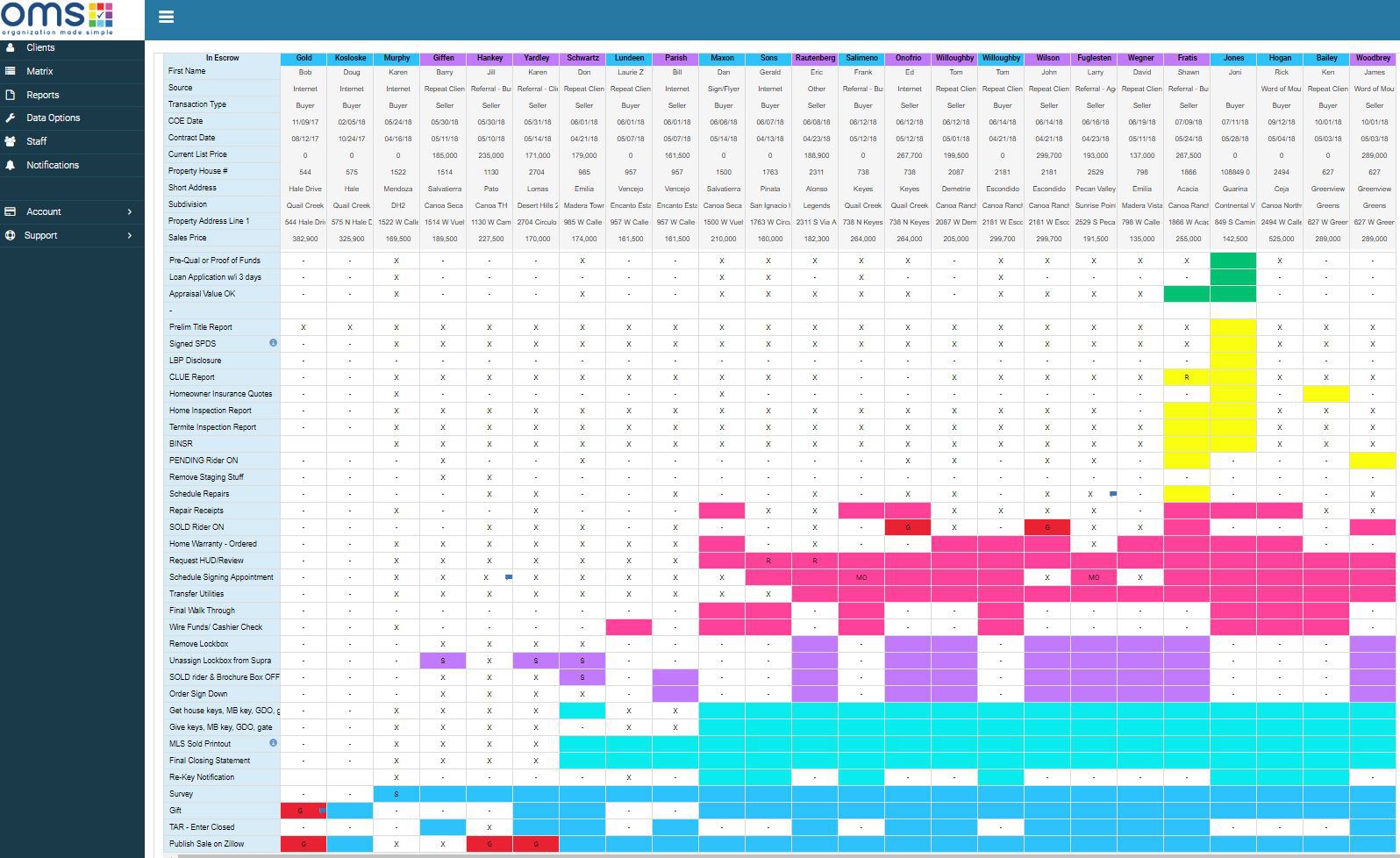 As result of OMS, Lundeen jumped from 123 deals in 2016 to her 2017 volume of 179, clearly demonstrating the distinct competitive advantage technology can provide agents when properly matched with their business.

And because OMS is exclusively hers, the advantages she has over her competition are that much greater.

In an email to Inman, Jim Callery, Lundeen’s branch manager at Coldwell Banker Residential Brokerage, said that Lundeen entered real estate to treat it like a business.

“She has helped me to drive this office to be the number one office in the marketplace, number one in units closed for Arizona, and number one in gross revenue in Arizona for Coldwell Banker Residential Brokerage offices with up to 75 agents. She has taught me a lot about this business,” Callery wrote.

“If I never get a dollar from it, I’ll know how it benefited me and my clients,” Lundeen said.

She told Inman that if there’s a market for it, she’d be interested in hearing from potential agent-customers.

Still, Lundeen admits technology isn’t everything, that people skills and sales expertise are big parts of her success, adding, “Technology can propel you, but it can’t fix you.”

It can also help you become a top producer. 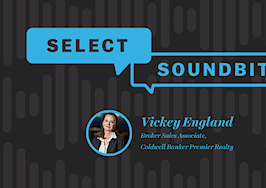 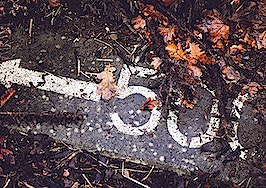