Zillow is using its Premier Agent program to reward certain real estate agent customers with new leads from its expanding Instant Offers effort, but it’s not clear behind the scenes what criteria the company is using to select the recipients.

Becky Garcia, the Arizona-based agent with The Garcia Group, has been one of the early agents to reap the benefits of Zillow’s Instant Offers. She said she got there because she’s always been ready and willing to adapt her business.

When she was doing traditional sales, she saw the rise of short sales on the horizon and then jumped on the wave of real-estate owned (REO) properties that followed.

“Back when I was heavy doing REO listings, you could kind of see the writing on the wall that that wasn’t going to be around much longer,” Garcia said. “You just have to stay ahead and adjust accordingly.”

Then one day she happened to be at an REO event, and Zillow was there, touting all of the benefits of advertising with the company.

“At the time, one of my colleagues was at the event with me, and she was like, ‘You need to do Zillow!’” she recalled.

After learning about Zillow’s new Instant Offers program, she reached out to her local Zillow rep, and now she’s receiving leads from sellers who are coming in through that door. When a seller decides not to accept the Seattle tech giant’s instant cash offer, Garcia gets an email and information about the home. She’s gotten over 90 leads and already converted two. She expects more are on their way.

“We have a few others that are in the process, they say their going to list with us,” she said.

George Laughton from The Laughton Team has also invested in his business through the Premier Agent advertising program and thinks it’s given his company the biggest return on investment.

Laughton’s faith in Zillow as a tool for his business was paid back when the company selected him to list Zillow’s first few properties in the Phoenix area. However, Laughton did not specify to Inman why he was was chosen, other than that he was a Premier Agent.

“We couldn’t be happier about the return our partner brokers and agents are getting as result of just a couple of months of participation in these early tests of our Instant Offers program,” a spokesperson from Zillow told Inman. “As we expand, we’re working on ways to make sure more agents and brokers are involved.”

Zillow’s use of the Premier Agent program in this new way — as a dangling carrot for a select few chosen agents — comes at a time when the program and ad practices generally are under scrutiny from government officials. The New York Department of State was reportedly looking at online ad practices of Zillow subsidiary StreetEasy, in addition to the industry in general, and the subject also came up at the real estate competition workshop in Washington, D.C., namely from Zillow rival Redfin.

This story was update after publication to include more information about what is known and unknown about Zillow’s Instant Offers program and how Zillow refers leads and selects agent and broker partners. 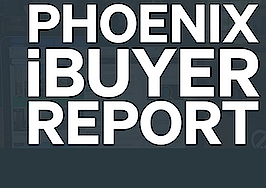 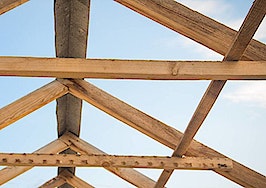