Former Chipotle co-CEO Monty Moran has been elected as Trelora’s new chairman of the board, joining the the Denver-based, flat-fee brokerage as it expands into new markets across the U.S.

Moran, who graduated from Pepperdine University School of Law and served as the CEO of law firm Messner and Reeves, was the co-CEO of Chipotle with Steve Ells between 2007 and 2017. Moran stepped down in 2017, after the chain of fast food restaurants struggled to recover from the reputational damage caused by several food safety outbreaks.

“I am humbled and proud to accept the role of Chairman of the Board of Trelora,” Moran said in a statement. “I will work alongside this superb team to build on our early success, grow our national presence and allow more people around the country to benefit from Trelora’s service.”

During his time at Chipotle — also headquartered in Denver — Moran navigated the chain restaurant as it expanded to over 65,000 employees and over 2,100 stores. Since stepping down, Moran has been advising various businesses and currently sits on the board of directors for Blinker, a car sales startup.

“I have been a huge fan of Chipotle for years,” said Joshua Hunt, Trelora CEO, in a statement. “Much of what we have built at Trelora around process and culture was formed from my respect and admiration of the extraordinary culture Monty built at Chipotle.”

Trelora, which launched in 2011 and which is named for an anagram of the word “Realtor,” charges sellers a flat listing fee of $2,500 (rather than typical commission of 5 percent or 6 percent of the sale price), plus whatever compensation the seller chooses to offer to buyer’s agents.

It was named a Colorado Company to Watch this year, has been growing slowly — after expanding to Seattle and suffering blowback from local residents due to a marketing stunt involving placing green pig signs in public parks, it now plans to open other locations across the country.

Hunt recently spoke publicly about the resistance and pushback his company’s employees received because of their low-fee model, telling regulators at a workshop in Washington, D.C., last month that “we have had bricks thrown through car windows, cars egged and hate mail sent to sellers,” and that over 700 brokerages in Denver refused to show Trelora listings to their clients.

Known for integrating technology into the way it sells its homes, Trelora plans to continue advancing its tech offerings in the coming years.

“Together with our Board and entire team, Monty and I are committed to building a company that has long lasting impact in the hearts and minds of everyone we come in contact with,” Hunt said. 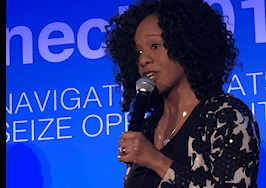 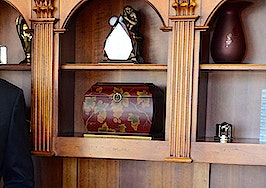 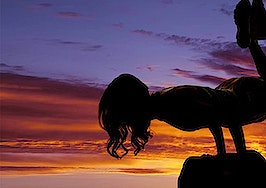