rawpixel on Unsplash
by Teresa Boardman
Share this article
You successfully shared the article.
Close

A while back, I came across an unexpected opportunity to take on a client in an area where real estate agents prospect fiercely and relentlessly — and sometimes fib a bit to gain listings.

A while back, I was fortunate enough to come across an unexpected opportunity — a listing in an area where I don’t normally work. It is also an area where real estate agents fiercely and relentlessly prospect for listings. (There are more agents interested in selling real estate in that area than there is real estate to sell.)

It started with a phone call out of the blue from a friend of a past client. Soon after we met, it was apparent we were a perfect match; the services I provide are tailored for each client (and I bring additional service providers as needed), which is what the homeowner was looking for — he just didn’t know it at first.

Predictive analytics is being used more and more, and this homeowner fits the profile of someone who is likely to sell soon. Because of this, it seems, the homeowner got (and still gets) a lot of mail from real estate agents who want to work with him.

One of those agents claimed to be No. 1 in the area, but I looked at sales in the area over the past couple years and only found two sales the agent was part of.

To be fair, the advertisement did not say what the agent was No. 1 for or how many people he had to beat to get the title.

Which agent is really No. 1 in an area? Out of how many agents? And what exactly makes an agent No. 1?

‘We have buyers ready’

Several agents have been sending letters stating they have buyers in the neighborhood and that if my client is interested in selling, he should contact the agent. There have also been a few letters from agents with buyers who are looking for real estate just like my client’s property.

The letters about buyers got my client pretty excited about the real estate market. In fact, he told me all about how hot the market is for properties like his and that his neighborhood is very popular right now.

He even suggested that he did not need to pay me very much because his home would only be on the market for a short time and I would’t have to work hard. Of course, I have already invested a lot of time, and I don’t charge by the hour — I only get paid after a successful closing. I am being paid for my experience and for being willing to take the risk of working for free and never getting paid.

While his confidence in the neighborhood was high, data suggests it is no more popular than any other neighborhood in the city.

I explained those letters to him by showing him templates that can be found on the National Association of Realtors (NAR) website. The letters he had were almost identical to the templates.

There is almost no chance that any of those agents will actually have a buyer who will buy his property, which is probably a good thing because working with a dual agent may not be in his best interest.

This homeowner did not understand broker reciprocity or agency — most of them don’t. He believed that listing agents single-handedly find buyers and sell real estate. That isn’t exactly how it happens. He may have gotten that impression from agent marketing.

If these agents had a buyer, then how come the identical unit that is currently on the market has been for sale for 25 days and counting.

The letter isn’t a total lie because once a property is listed, buyers will call, and — at least where I work — real estate sells fairly quickly.

‘Your property is worth X and will sell fast’

Those letters also cause people to have an inflated idea of what their property is worth and how fast it will sell. If they get several letters, then they may become over-confident in how quickly they can sell and how much they can get.

It took some time to explain that if a home sells in a day with multiple offers, then it creates just as much work for me as having a home on the market for a year.

‘FSBOs won’t make as much from the home sale’

There are so many out and out lies and misleading half-truths agents use to get listings. As a group, we have educated consumers to believe all sorts of things that simply are not true — and it works. I have had several homebuyers and sellers repeat truths to me that I recognize as being part of the standard pitch used by agents everywhere.

The only data we have “proving” homeowners make more by selling their home with an agent (rather than by themselves) comes from NAR. I strongly suspect that if there was a National Association of For Sale By Owners, their data would say the opposite.

There are also myths around open houses, and of course we all know the pre-listing and pre-pre-listing is the best way to build buyer excitement (even in a seller’s market). Do pre-listed houses sell faster? Is the time the home is “pre-listed” counted?

And how many houses sell because of an open house? Are there examples of houses that would not have sold at all without an open house?

What are the truths?

To the agents in a strong seller’s market, don’t we all have more buyers looking for houses than we have houses to sell them? Isn’t there a buyer looking in every neighborhood?

Prospecting letters work. I know first-hand what it feels like to lose a past client because of one of those letters. Our past relationship and the free work I did for that client did not matter — apparently they just needed a letter from an agent stating he or she had buyers looking in their neighborhood. It probably doesn’t matter that their place is still on the market and that the agent they chose has never sold a home in the neighborhood. 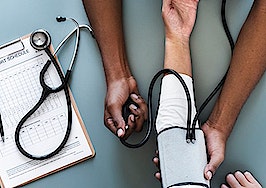 What if real estate was more like the health care industry? 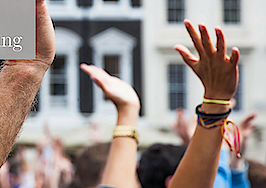 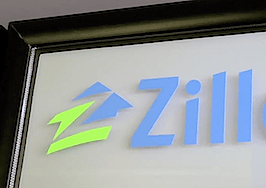 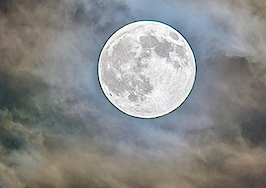