Real estate leaders sparred over real estate data management company Upstream’s role in the industry’s technology ecosystem at a morning session at Inman Connect in San Francisco on Tuesday while offering advice on how to integrate and prioritize proprietary technology and outside product purchases.

Scott Petronis, the chief product and technology officer at eXp Realty, and Josh Team, the chief innovation officer at Keller Williams, locked horns over the value of technology by startups like Upstream, a data management company that aims to unseat multiple listing services as the primary tool for listings data.

“The notion of trying to create something completely centralized as a single point of failure, as a single place for anything, is extraordinarily against that grain of distributed computing,” said Petronis, during a packed morning session inside the Hilton San Francisco Union Square Hotel’s Imperial Ballroom.

“The reality is, anytime anybody talks about centralizing anything, I get nervous because that puts the entire control in one place,” he added. “Theoretically the world is a benevolent world and everybody gets along and it’s rainbows and unicorns. But eventually those rainbows diminish and the unicorns are gone.”

Team, of Keller Williams, agreed that Upstream is a company that will put power in one place — but he believes that place is in the hands of real estate agents.

“The idea that the world is going to go towards this emperor of all listings, feels a little bit like fear mongering,” Team said. “Upstream represents agents being in control of their listings.”

Maëlle Gavet, the chief operating officer of Compass, joined Team and Petronis on stage, but while she stayed silent on Upstream, she did have advice for real estate professionals on how best to balance a portfolio of technology platforms, including in-house products and those purchased from vendors.

“I think we’re doing what every big tech company has ever done,” Gavet said. “Things that you consider the core and that needs to be absolutely done by yourself. Then there’s plenty of other features and codes you don’t want to build yourself.”

Google Maps is functional and powerful, for example, so Compass sees no need to build its own GPS mapping platform. Brokerages, however, need to focus on the glue that binds all of that technology, she added.

Team agreed, saying the magic is in the glue, but was also careful to point out that brokerages that aren’t building themselves aren’t going to win with the consumer in the end.

“Our brokerages need to become apple stores so we can empower our own agents to become Netflix at no additional operating cost,” Team said. 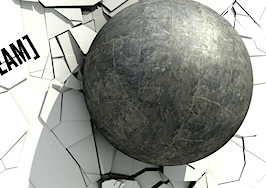 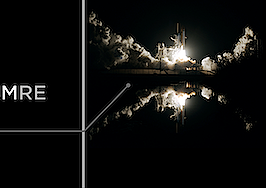 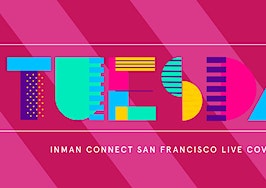 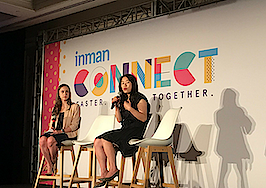