In the decade since the stock market crashed and house values fell drastically, half of all American homes have finally recovered while others are still struggling to get back their pre-recession worth, according to a new study.

In nine major cities, 95 percent of all houses are now worth more than their peak value during the housing bubble, according to a monthly Real Estate Market report by Zillow published Thursday.

San Antonio, Texas; Austin, Texas; San Jose, California; Nashville, Tennessee; Dallas, Texas; Seattle, Washington; Houston, Texas; and Salt Lake City, Utah, logged the highest recovery rates across the country while 99.6 percent of all homes in Denver are now more valuable then before the crash, according to the Zillow study.

“Even a decade after the 2008 financial crisis, and five-plus years into the recovery, it’s clear that the housing boom and bust was felt very differently in various markets — and is still being felt today in many,” Zillow Senior Economist Aaron Terrazas said in a statement.

Meanwhile, luxury properties in all states recovered faster, with 57.1 percent of top-tier homes returning to pre-recession levels compared to 39.7 percent in the lowest tier, according to the Zillow study. 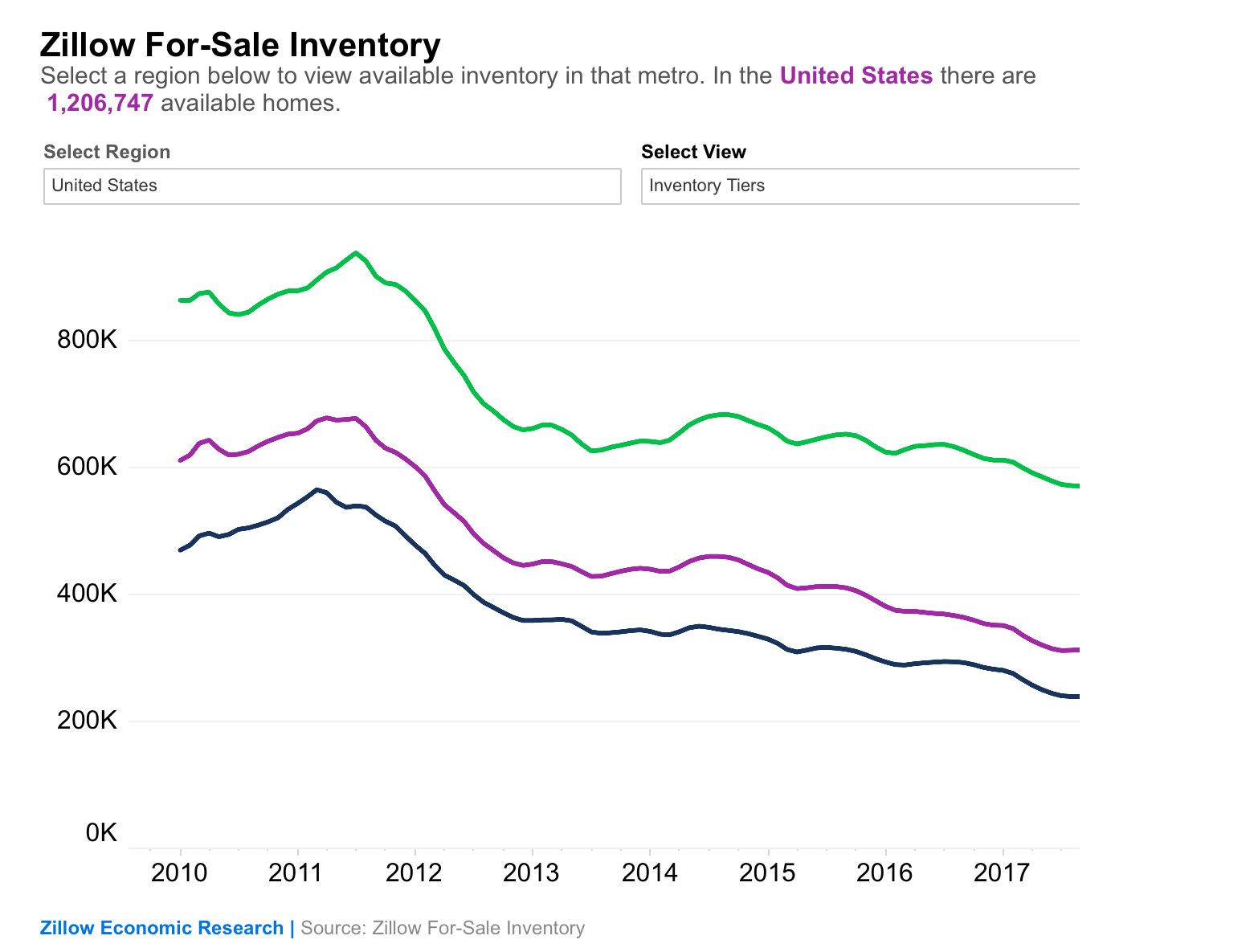 The past decade has further increased the gap between homeowners and those who rent. As the average home value rose 8.4 percent since the recession, median rent also rose 1.3 percent to $1,400 in the last year alone.

The current housing shortage, in which high demand and low inventory lead to bidding wars well above the asking price, makes it difficult for many people to even buy a home.

“While stabilizing growth in rents is likely a relief for those renters saving to become homeowners, many of those would-be buyers in a number of the nation’s hottest markets will be contending with home prices that are as high as they’ve ever been,” Terrazas said.